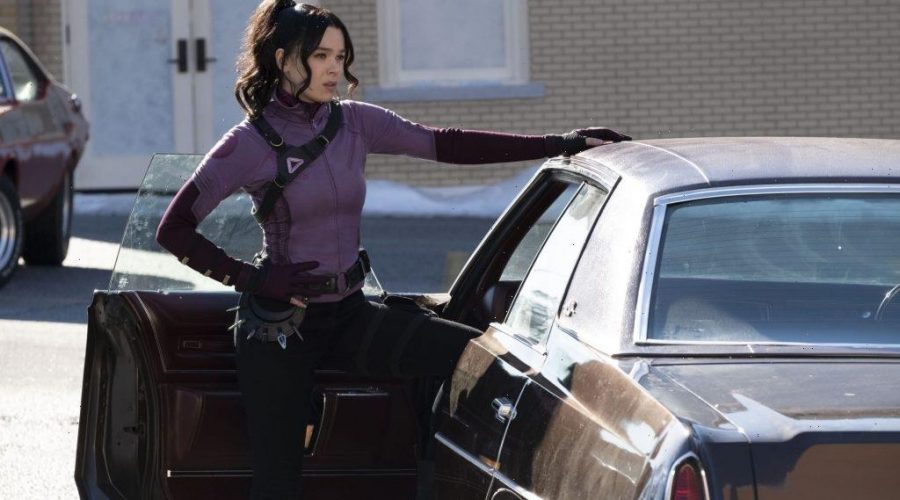 The Hawkeye season finale is almost here. And looking back at her character’s relationship with Clint Barton, series star Hailee Steinfeld admitted Kate Bishop could be annoying.

Hawkeye introduced the starry-eyed Clint Barton fangirl, Kate Bishop, to the Marvel Cinematic Universe. As revealed in Episode 1, Kate lost her father during the Battle of New York as a child. And as buildings came tumbling down around her, a young Kate witnessed Clint Barton (Jeremy Renner) in action and became an instant fan.

So when Kate finally meets her idol, she’s flabbergasted. Sometimes she can’t stop talking. And other times, she disobeys his orders and pulls stunts to impress him.

Steinfeld acknowledged Kate’s awkwardness around Clint in a recent chat with TV Line. But she said that ultimately, Kate is a lot like Clint. And when it comes down to it, the heroes have each other’s backs.

“There are moments we’ve seen that Kate can be pretty annoying, and this ridiculous overconfidence of hers can get the best of the situation and not have it go the way it might have been planned,” Steinfeld suggested. “But I do think Clint ultimately respects her, and he might see a little bit of himself.”

“He feels a connection toward Kate. He wants to protect her,” she continued. “I think that they get to a point where it’s not a Kate thing, it’s not a Clint thing, it’s a Kate and Clint thing, and there’s no going back, so they have no choice but to work together.”

After that Kingpin reveal in Hawkeye Episode 5, Hailee Steinfeld says Kate is lost

The fifth episode of Hawkeye gave fans a jaw-dropping surprise by introducing Vincent D’Onofrio’s Daredevil character, Wilson Fisk, aka Kingpin, into the Marvel Cinematic Universe. But it also shockingly revealed that Kate’s (Hailee Steinfeld) mom Eleanor (Vera Farmiga) might be in cahoots with the villain.

Steinfeld noted that Kate feels utterly lost after discovering her mother’s shady dealings when talking to TV Line. “She has this realization,” the Hawkeye star explained.  “She’s just completely broken and confused and absolutely lost. She doesn’t know who to trust or who to look to.”

And she suggested that without Clint Barton (Jeremy Renner), Kate would have no one else to turn to. “Thank God because if it weren’t for him, she would probably have a much harder time getting back up on her feet after this one.”

Clint battled Loki, Thanos, and several other bad guys as Hawkeye. Kate has yet to face such mega villains. But now that her mom is a potential criminal mastermind, Steinfeld says Kate is dealing with a life-changing situation and “has no choice now but to really go to work.”

“The stakes are higher than ever, and the one person that she’s been tirelessly trying to protect is now someone that she might need to be protected against,” Steinfeld told TV Line.  “She comes to her senses as quickly as she possibly can after learning this information and puts her head down and does what she has to do.”