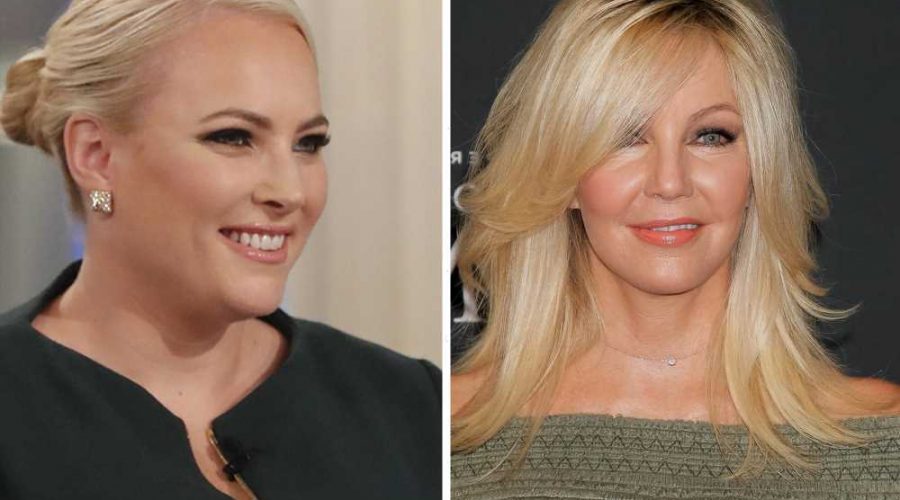 Meghan McCain takes a side in Ma’Khia Bryant shooting

Heather Locklear and Meghan McCain are not sweating the small stuff after signing on to the latest Lifetime movie, based on the life of author Kristine Carlson.

Locklear, 59, known for “Melrose Place,” and McCain, 36, are teaming for the network’s upcoming movie “Don’t Sweat the Small Stuff: The Kristine Carlson Story,” with Locklear in the starring role and McCain as executive producer.

The biopic tells the story of Carlson, who co-authored several titles of her late husband Dr. Richard Carlson’s best-selling book series “Don’t Sweat the Small Stuff.” When he suddenly dies, Kristine struggles to cope with overwhelming grief and raising her two children alone, while dealing with the self-help empire he left behind. Kristine continues to uphold her husband’s legacy and through self-discovery, she truly learns to not sweat the small stuff.

First published in 1997, the New York Times best-selling series has sold over 25 million copies. The inspirational nine-book series served as a guide to help readers to put difficult challenges into perspective and “keep the little things from taking over your life.”

This is Locklear’s first acting role since appearing in an episode of ABC’s “Fresh Off the Boat” in 2017. The actress is turning over a new leaf after celebrating one year of sobriety last April following an assault-related arrest in 2018 and a visit to a psychiatric facility for her mental health the following year.

This is also McCain’s first project since leaving her hosting role on “The View” earlier this month. In addition to “The View,” she’s served as a producer on several television shows, including Fox’s “Outnumbered” and “Moms.” McCain tweeted about shaking things up professionally after announcing her departure from the popular talk show July 1.

“So much chatter, so much gossip, so many, many, many questions people are asking me this past week…” she wrote in a now-deleted post on Twitter, according to People. “I pride myself on always taking big risks, rolling the dice, and making unpredictable life and career choices. I’ve never fit in a box and I never will.”

Richard Carlson will be played by “The Vampire Diaries” star Jason MacDonald. Natasha Bure will play the couple’s daughter. Emily Rose is also set to star. Mark Teitelbaum will executive produce alongside McCain with Ellen S. Pressman directing. The film is scheduled to begin shooting shortly in Nashville, Tennessee, and premiere on Lifetime later this year.