Whenever John McDonnell addresses the Commons, weird things happen in Westminster. The entire parliamentary estate is gripped by unexplained phenomena.

It is as though the Shadow Chancellor, like some snaggle-toothed medieval sorcerer, can render the Commons incapacitated with the sheer anguish of his misery-laden oratory.

We saw McDonnell’s eerie powers in action yesterday when he delivered the Opposition day debate on tax evasion and avoidance (the former is illegal, the latter merely frowned upon).

What a gloom-fest it was. Like being made to endure an Ingmar Bergman film on a hangover. 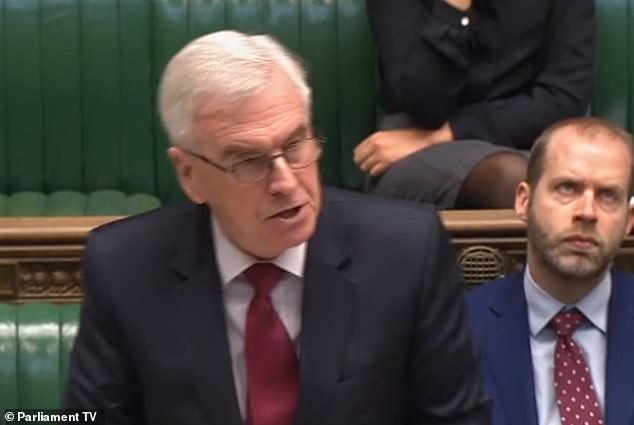 It is as though the Shadow Chancellor, like some snaggle-toothed medieval sorcerer, can render the Commons incapacitated with the sheer anguish of his misery-laden oratory

The Government, McDonnell said, were ‘incapable of caring for our people, housing our people, feeding them or providing the work that will lift them and their families out of poverty’. They had used the global financial crisis ‘as a fake alibi for their austerity’ which had left ‘virtually every area of our public services in crisis’.

He said all this like a vicar delivering a eulogy he hoped he’d never have to give. His voice, barely rising above a whisper, was weary and resigned. Occasionally, he would squeeze the despatch box and stare at the ceiling in despair. Other times he would put his hands behind his back and gently kick the floor as though shaking dust from his shoe.

By contrast, McDonnell’s deputy Lyn Brown (West Ham), sat to his right, was a bundle of furious animation, shrieking and snarling.

Each time McDonnell lobbed a statistic across the chamber, she chirped an aggressive ‘Yep!’ She bridled, in particular, at McDonnell’s reference to recently appointed Chancellor Rishi Sunak, who had chosen not to attend the debate. ‘Where is ‘e, eh?’ Brown demanded. Give the guy a break. He’s been given barely three weeks to prepare a Budget. Needs must and all that.

On McDonnell plodded. He pointed out that under George Osborne (‘one of the many Chancellors I have dealt with over the years’) the Tories promised a boom in manufacturing. ‘A march of the makers’ Osborne had called it. McDonnell said it had been more like a ‘march of the takers’. ‘Exackkkly!’ cried Brown.

By the time he reached his conclusion you could almost hear the screeching of violins. ‘We will wait, to see whether the Government will at long last effectively confront the scandal of tax evasion and avoidance,’ McDonnell groaned. ‘All I can say is that judging on past form, I am not holding my breath, and I do not think many others are either.’ 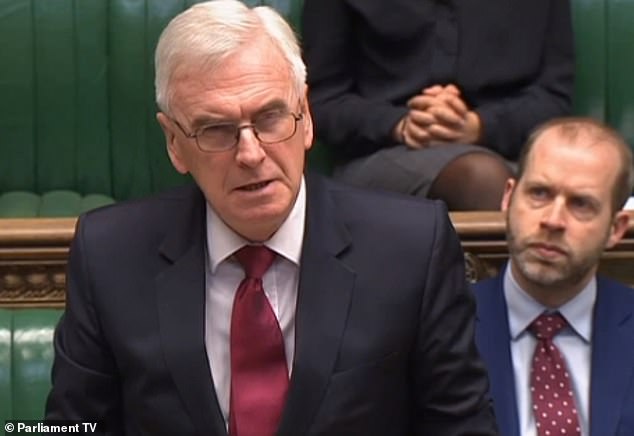 The Government, McDonnell said, were ‘incapable of caring for our people, housing our people, feeding them or providing the work that will lift them and their families out of poverty’ 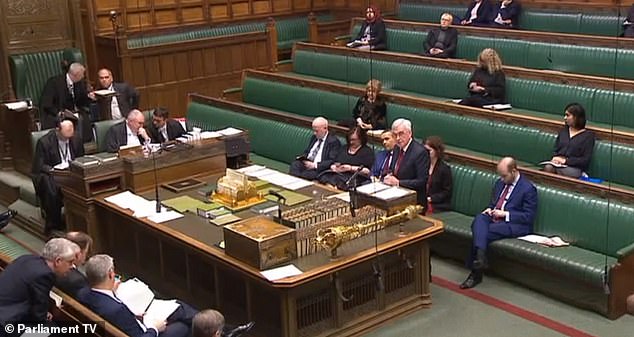 Occasionally, he would squeeze the despatch box and stare at the ceiling in despair

Stephen Barclay, recently installed as Sunak’s deputy in the Treasury, was tasked with responding for the Government. Poor Barclay. His opponent’s brain-zapping soundwaves had left him all gluey-eyed, though having sat through enough agonising Brussels meetings as Brexit minister last year, he is probably used to it by now.

Since he’s barely ten days into the job he said little of substance. But he did alright. He’s a polite fellow, who resisted reminding McDonnell that his economics had recently been ridiculed by the electorate. And as a former member of the Public Accounts Committee he will know his stuff when it comes to tax avoidance. Frankly, debates such as these are meaningless until Labour’s new leader is finally installed.

Earlier that morning shadow justice minister Richard Burgon (Leeds East), McDonnell’s favoured candidate to be the party’s next deputy leader, bungled his way through another Justice Questions, accusing the Government of being, inter alia, ‘in the pockets of the billionaires and the private corporations’.

Burgon, a well-fed, oafish figure, has dismayed many of his colleagues in recent weeks with his commitment to Jeremy Corbyn’s disastrous 2019 manifesto. Neil Coyle (Lab, Bermondsey and Old Southwark) yesterday took to Twitter yesterday to describe him as an ‘idiot’, which some think was being too kind.

Oh dear. The Labour Party really is one big happy family at the moment, isn’t it?