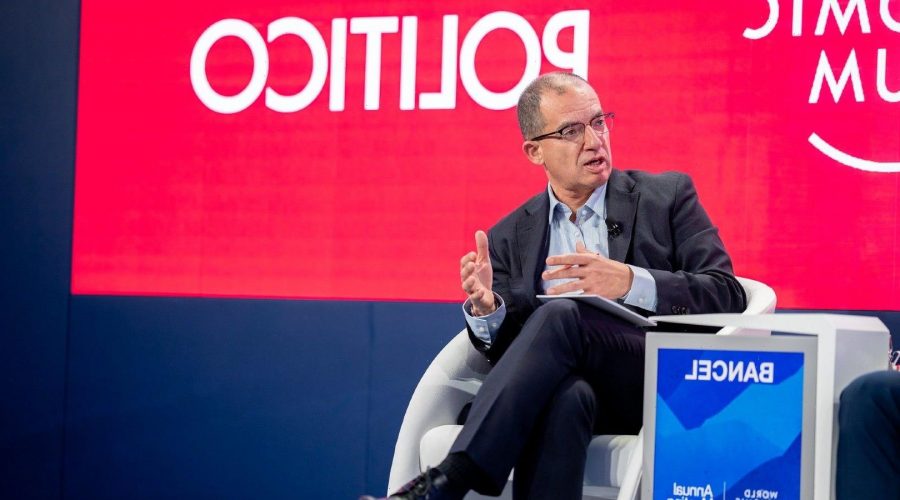 Every day, we come across different billionaires in the world, while most of these billionaires are among the richest people in the world, it is no news that not all of them earned their billions in the same way or even at the same time. For some, the journey to being a billionaire only meant that they had to be born as an heir or heiress to an inherited empire, while for some, it meant getting their hands dirty with hard work. Stephane is who we refer to as a ‘self-made’ billionaire, how did he climb up the ladder of the elites? Let’s find out!

Who is Stephane Bancel?

Stephane Bancel is a French businessman who was born in Marseille, France on the 20th day of July in the year 1972. There is nothing extraordinary about his parents other than the fact that his mother was a doctor while his father was an engineer. As a child, Stephane Bancel was greatly fascinated by computers, Mathematics, and Sciences, so, it was not much of a surprise when he chose to pursue engineering at the Centrale Supelec (Formerly Ecole Centrale, Paris), where he earned his first master’s degree. Right after this, Stephane Bancel proceeded to study Medical Engineering at the University of Minnesota, which earned him a second master’s degree. Finally, in 2000, he earned his MBA from the Harvard Business School. Bancel is married with two children and he resides in Boston, Massachusetts.

After his graduation from the Harvard Business School, Stephane Bancel claims that most of his mates were going into IT where they believe they will earn big, but for him, he wasn’t interested in earning big, he just wanted a place he was passionate about and so, he chose healthcare. He secured his first job employment with a French Diagnostics Company called BioMerieux SA as a marketer.

After a while, he moved on to secure another job at a pharmaceutical firm in the U.S. called Eli Lilly & Company as a sales director, he spent about six years there, and in 2007, he went back to rejoin his former company BioMerieux where he served as a CEO for five years and earned accolades for improving the company’s margin.

His Journey With Moderna Inc.

Barely one year after Moderna Inc. a Cambridge-Massachusetts-based biotechnology company focused on developing new products and treatments using messenger RNA was founded, Bancel made his way to Moderna Inc. as the CEO of the company in 2011. Moderna Inc. develops new drugs and vaccines using messenger RNA which the human cell uses to save instructions in the human DNA; so, what Moderna does is to use the mRNA to teach a patient’s cells to create proteins that will fight or help in preventing targeted diseases.

Seven years after he joined the firm, Moderna Inc. raised a $640 million IPO, causing the company’s shares to rise by 44%, in the same year, this veteran biotech CEO surpassed Fierce Pharma’s rankings of top-paid biopharma CEOs with a massive $58.6 million in complete remuneration. In 2019, the company made a huge loss of about $514 million due to the Covid 19 global outbreak but by 2020, the company became a pioneer in Covid 19 Vaccine development in the world.

RELATED: Road To Billions: Here’s How Steve Ballmer Made His $79.7 Billion Fortune

Stephane Bancel currently runs three companies; Moderna Inc., Syros Pharmaceuticals Inc., and BG Medicine Inc. He is currently worth $5.15 billion; his billionaire status is largely based on his shares from Moderna Inc. as the company pulls in a whopping sum of $18.5 billion per annum as revenue, and his shares amount to about 90,000 units which is about 9% of the total shares. This is in addition to the $9 million he makes as CEO and director of the firm. He is officially the majority equity holder of Moderna Inc. in addition to the stakes, he has with Syros Pharmaceuticals Inc. and BG Medicine Inc., and this veteran biotech CEO is also a venture partner at Flagship Pioneering and a trustee of the Museum of Science in Boston.

Unlike other billionaires, Stephane Bancel seems to have other good plans for his $5.15 billion fortune such as paying it forward. He’s been caught many times stating that his billion-dollar fortune will definitely go to charity; he and his wife only intend to give their kids the essentials of life, good education, and a nice family home, and then they have to find their path themselves.

Due to the fact that Bancel’s wife was adopted, he’s quite passionate and committed to about 10 foundations, he is committed to health care, education, global food security, and inequality. He also has plans to sell most of his shares and put the proceeds of about $355 million after-tax into charity and has attributed his philanthropy and giving tendencies to his Jesuit background.

READ NEXT: The Richest Man In Switzerland: Here’s How Guillaume Pousaz Made His 23-Billion-Dollar Fortune