Some may have long suspected it, but now science has confirmed it: Rich people really do believe they’re better than everybody else.

People born into higher social classes are more overconfident and have “an exaggerated belief” that they will perform better at certain tasks than others, a perception not shared by their lower-class counterparts, according to a new study from the American Psychological Association.

These findings clear up the common misconception that everyone thinks they’re better than the average person, according to the study’s lead author.

“Our results suggest that this type of thinking might be more prevalent among the middle and upper classes,” Peter Belmi, PhD, of the University of Virginia and lead author of the study, said in the report. 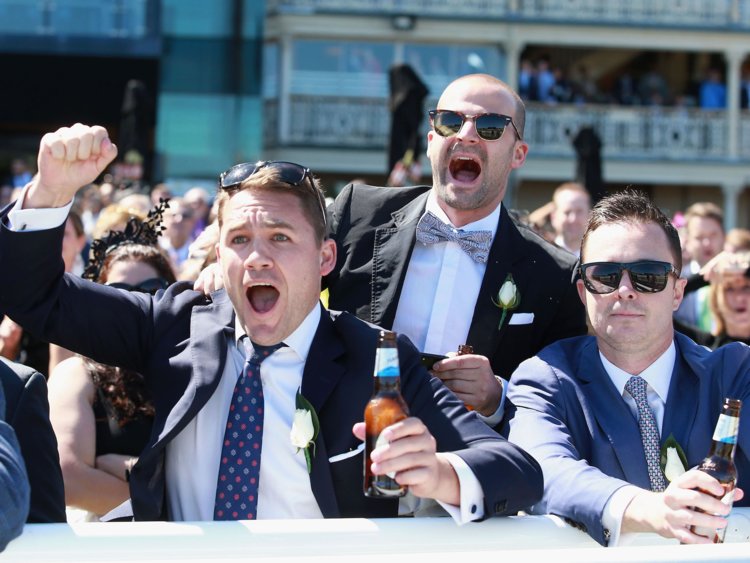 People with higher income, more education, and a higher perceived social class have an “exaggerated belief” they’ll perform better than others, according to the study.Jason McCawley/Getty Images

The study, which was published in the Journal of Personality and Social Psychology, was conducted through a series of investigations looking at the connection between social class and overconfidence.

In one investigation, researchers looked at more than 150,000 small-business owners in Mexico who were applying for loans and got information about their income, education levels, and perceived standing in society. The applicants were asked to take psychological assessments — which included a flashcard memory game — to determine their credit worthiness.

After the assessments, applicants were asked to rate how they thought they did compared to others on a scale of 1 to 100.

The wealthier, upper-class participants were convinced they would perform better than others.

The researchers found that those with more education, higher income, and a higher perceived social class had “an exaggerated belief that they would perform better than others, compared with their lower-class counterparts.”

Other investigations entailed giving participants a trivia test and then having them come back a week later for a videotaped mock hiring interview. More than 900 judges then watched the videos and rated how competent they found each applicant.

The overconfident, upper-class individuals were deemed to be more competent by the judges.

“Individuals with relatively high social class were more overconfident, which in turn was associated with being perceived as more competent and ultimately more hirable, even though, on average, they were no better at the trivia test than their lower-class counterparts,” Belmi said.

The disparity may come down to how people of different social classes are raised.

“In the middle class, people are socialized to differentiate themselves from others, to express what they think and feel and to confidently express their ideas and opinions, even when they lack accurate knowledge,” Belmi said.

Working-class people, on the other hand, are taught to embrace humility and the importance of “knowing your place” in the social hierarchy, according to Belmi.

This encouragement of individualism and confidence in turn leads to greater success for those in the upper class.

“Advantages beget advantages,” Belmi said. “Those who are born in upper-class echelons are likely to remain in the upper class, and high-earning entrepreneurs disproportionately originate from highly educated, well-to-do families. Our research suggests that social class shapes the attitudes that people hold about their abilities and that, in turn, has important implications for how class hierarchies perpetuate from one generation to the next.”

Belmi’s isn’t the first study to find that wealthy Americans have a skewed perception of themselves.

Ina 2015 study on empathy, neuroscientist Michael Varnum conducted a brain-imaging study of 58 participants, who were first asked about their social class, including questions about their family income and parents’ education, as Drake Baer previously reported for New York Magazine.

The participants then took EEG tests, which track electrical activity in the brain, while being shown images of both neutral faces and faces expressing pain.

“In something of a dark irony, the respondents ofhigher socioeconomic status rated themselves as more empathic— a ‘better-than-average effect’ that Varnum followed up on in a separate study — when in reality the opposite was true,” Baer wrote.

The study actually found that the upper-class participants had lower neural responses to others’ pain.

But it’s not only the wealthy who can have skewed perceptions of themselves.

As Business Insider’s Hillary Hoffower previously reported, a recent survey by INSIDER andMorning Consult found that people’s self-designated social classes don’t always align with their income. Some Americans who earn less than $50,000 feel rich, while others who earn more than $100,000 feel poor.