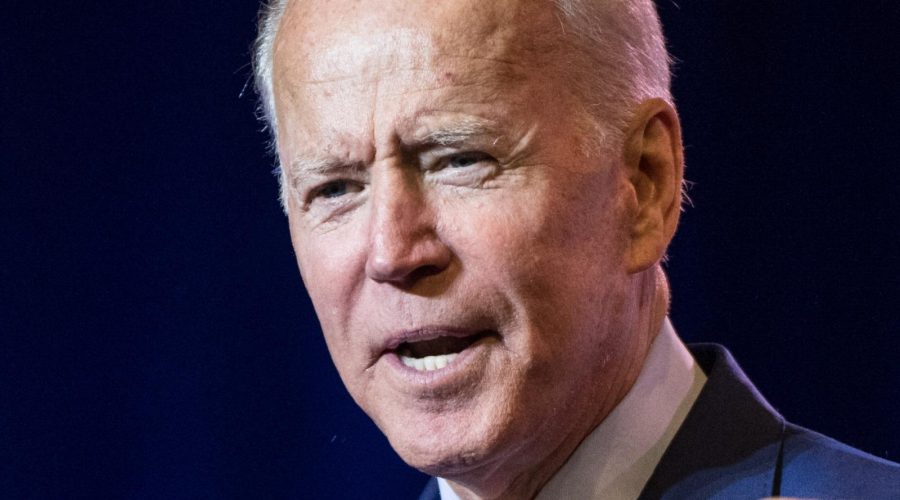 President Joe Biden is no stranger to making history, particularly when it came to choosing the first woman-of-color Vice President Kamala Harris, an inspiring, history-making feat. Now a few months into his presidency, Biden is making history again with his first congressional address on Wednesday inside the House chamber (via Bloomberg). The speech will be given to both houses of Congress as is standard, but Biden’s address will be all about change.

As reported by Bloomberg, Biden’s speech will be delivered to just 200 people in the chamber, a far cry from the usual 1,000-plus audience. While past presidents have given their address to a full 1,100-capacity floor plus extra seating — accommodating the 535 members of Congress and guests — Biden will be speaking to a much smaller session than is the norm. So why the change? As NPR explains, the approach will have “less fanfare” due to the COVID-19 pandemic, and feature several restrictions to prevent any possible spreading of the virus. Moreover, safety precautions are another cause for the limited audience, coming after the Jan. 6 insurrection.

Sen. Bernie Sanders told NPR that Biden’s “administration is very conscious of COVID and wants to set an example for the country,” so they will have “strong social distancing” measures in place. This means that Senate Democrats held a lottery to attend the address, while Senate Republicans decided who would go on a “first come, first served” basis. House members had to be invited, and no one could invite guests.

While the sharp shift in audience size is an important change in President Biden’s first Congressional address, the speech will feature a few other unexpected differences, too. As per the White House’s Twitter, the Wednesday address will put accessibility first: the speech will be made accessible for all Americans through their livestream, and will feature American Sign Language (ASL) in a history-making move.

Apart from being a pioneer for accessibility, Biden will make sure to highlight his feminist approach to his presidency. As NBC News Chief Washington Correspondent Andrea Mitchell explained on Twitter, Biden’s speech will mark the first time two women will be behind the president as he delivers his speech. Vice President Kamala Harris and House Speaker Nancy Pelosi will be right behind President Biden, standing in front of the audience, as well as the entire globe.

Although a president’s first congressional address is usually filled with journalists, eight of the nine Supreme Court justices, most of the cabinet, and even guests of the first lady, it is clear that Joe Biden plans to put the focus on the issues that matter (via Bloomberg).