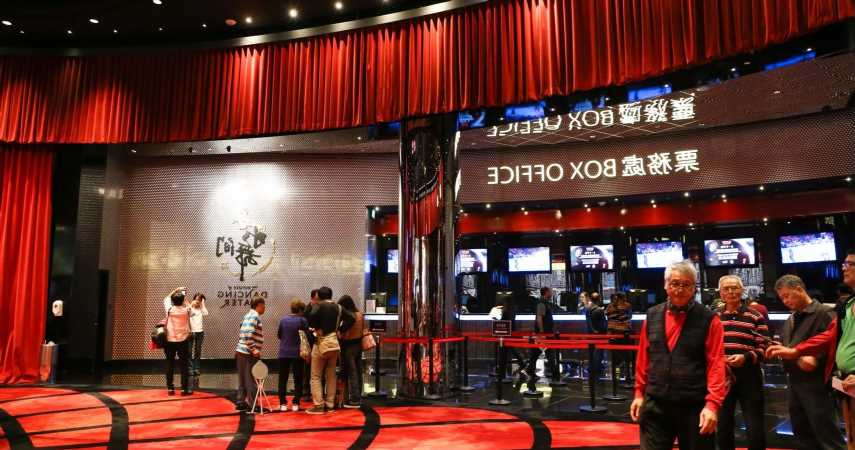 For centuries, Hollywood has produced films that have been edited in other countries. Some countries cut portions out due to recent events in their nation; others feel a particular sequence portrays violence or prejudice in some way. Recently, the influence of Chinese communism on Hollywood productions has raised a few eyebrows, and some have to ask why Hollywood hasn’t joined together to set standards regarding censorship across the board.

It appears the bottom line is money. In the past decade, Chinese theatergoers have supported box office numbers just second to American numbers. In fact, the United States has roughly 41,000 screens compared to China’s 75,500 screens available today, and China is quickly catching up in profit.

More money means more aimed toward a Chinese audience while film producers are making decisions on what to keep or what to cut. However, some argue, Chinese communism is beginning to affect American moviegoers more than they may be aware.

How It All Began

A post shared by Who Rules The World (@wrtw.smallgiants)

Decades ago, the Chinese government had a complete ban on American films during their Cultural Revolution. In the late ’80s, the country began allowing select films to be seen in their theaters, and American companies didn’t bat an eye. That self-regulation was done across the world.

In the early 2000’s China began seriously investing in Hollywood films, allowing a total of 34 international movies to play in Chinese theaters. They determined the release dates, how much advertising a film would receive, and the number of theaters the movie would be available.

Creating this supply and demand system only encouraged Hollywood filmmakers to produce a film that would make it past the Chinese censorship, play in their theaters and earn a big profit.However, there are costs that come with this new decision-making.

The New System Is Affecting Everyone

You might think the increase in China’s box office numbers could be a way of spreading western ideals and American pride, but this isn’t the case.

For example, casting big-name Chinese actors is a plus, shooting on location in China is another plus and inviting a ‘regulator’ from China to visit American sets and offer suggestions is another plus to gaining the advantage and getting your film through the loopholes of the Chinese government.

American filmmakers have begun predicting what the Chinese need, paying attention to those off-limit subjects to increase their chances of box office gain. According to The Atlantic, films portraying Chinese characters as antagonists is a big no-no. The country does not want regions like Tibet, Taiwan, and Xinjiang featured in a film, and Hollywood continues to censor their choices based on the demands of the Chinese culture.

In the recent film Doctor Strange, there was a Tibetan character, and the studio chose to change to a Celtic character in order to make Chinese sensors happy.

Careers are being stunted and even extinguished at a display of anti-Chinese ways. Take Chloe Zhao, for example. The director of Nomadland was the first woman of color to win Best Director at the Oscars, and her upcoming Marvel film, Eternals, will arrive in theaters soon.

Born in Beijing and with ties to Chinese royalty, she was positioned to become a crossover artist, bringing Chinese values and beliefs to American filmmaking. China even called her ‘the pride of China’ in a Communist-owned newspaper.

When an eight-year-old interview surfaced in which Zhao called China a place ‘where there are lies everywhere’, her reign as China’s favorite came to an abrupt end. The release of Nomadland was canceled, all sources of praise and pride for the Chinese star were erased, and Eternals has a less than stellar chance of ever being seen on the big screen in China.

Celebrity Richard Gere was once one of Hollywood’s blockbuster leading stars but hasn’t been seen in 20 years. According to the Heritage, that’s because Gere made the mistake of hanging around the Dalai Lama, the religious leader of Tibet. Gere promoted not only the cause of the Dalai Lama but also Tibetan Independence.

This choice means any film featuring Gere will not be shown in China, and therefore, causes Hollywood to lose a fortune if they stand behind him.

What Is The Answer

In a business or corporation, the product is geared toward where the money is. While many don’t expect American filmmakers to ban Chinese censorship, there seems to be a call for transparency on the American side.

Not long ago, Gere appeared before the US Senate to warn about the dangers of letting China control content. “The combination of Chinese censorship, coupled with American film studios’ desire to access China’s market, can lead to self-censorship and overlooking social issues that great American films once addressed,” he said.

READ NEXT: China Crypto Ban: Who Among The Crypto Billionaires Could Lose The Most?

Sources: The Atlantic, Heritage, The Guardian