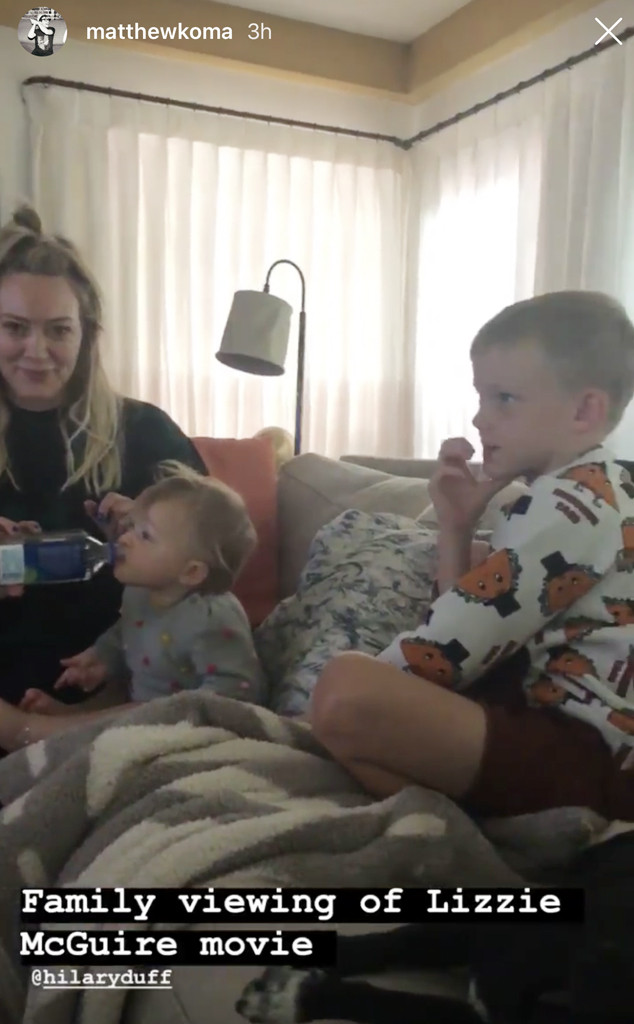 Hilary Duff is showing her little ones what dreams are made of.

The Lizzie McGuire actress is finally sharing with her kids—daughter Banks Violet Blair and son Luca Cruz Comrie—the iconic 2003 film that’s etched in our memories forever. The Younger star’s partner and singer, Matthew Koma, uploaded an Instagram Story video earlier today where Duff and her kids can be seen watching The Lizzie McGuire Movie. Not a bad way to spend your Sunday.

In the video, you can see the A Cinderalla Story actress caring for her youngest daughter, letting out a chuckle as the phone camera pans to her, while her oldest attentively watching the opening scene of the movie.

And what better time than now to show her kids a glimpse of her Disney Channel days than now? It was reported in August that Duff would be returning as Lizzie McGuire in a sequel series on Disney+. The reboot will follow Lizzie as a 30-year-old millennial navigating life in New York City, and the show’s original creator Terri Minsky is set to executive produce and serve as showrunner. The mother-of-two announced the news at Disney’s D23 expo in Anaheim. California.

Even though it looks like Lizzie won’t be dating Gordo in the Disney+ reboot, we still can’t wait to tune in!