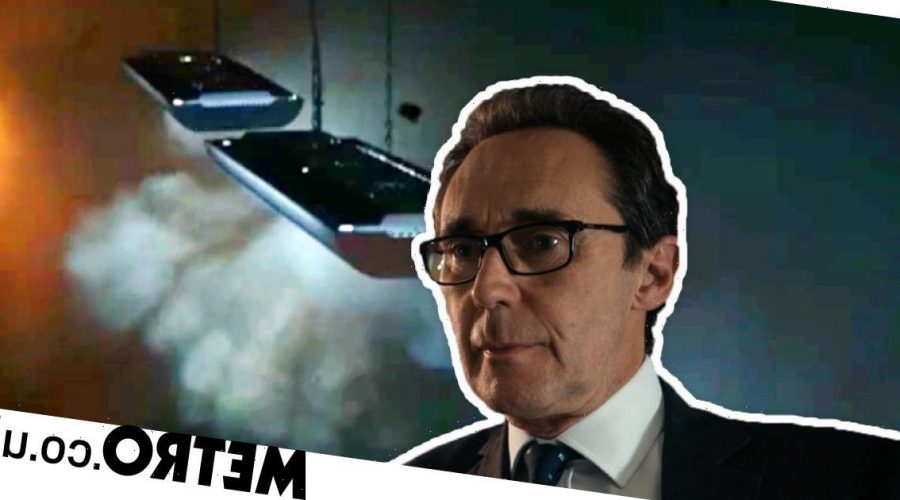 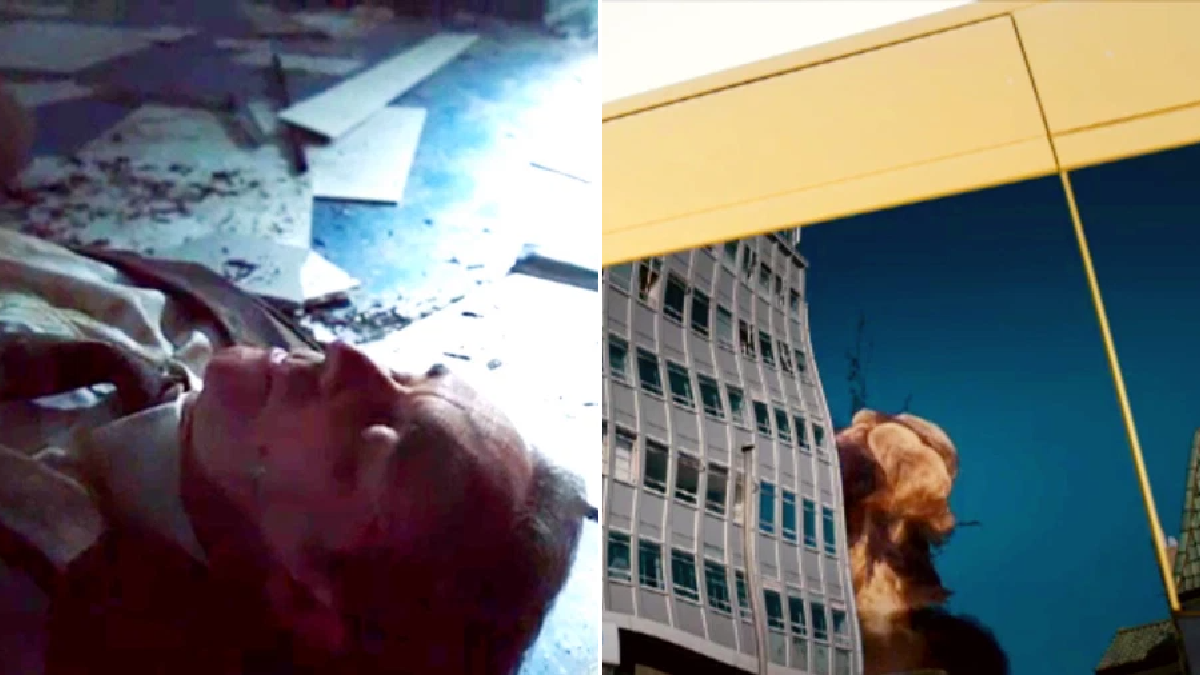 Once again Holby City left us on a massive cliffhanger and we have an anxious wait to find out whether everyone survives the massive explosion that rocked the hospital at the end of the episode.

Cameron (Nic Jackman) survived being run over by an ambulance last week, and awoke from surgery to find himself handcuffed to a bed in AAU. This was a problem, because AAU is just a floor above the basement, where Cameron had crafted an absolutely massive bomb.

Maybe it was the presence of his mother, Bernie Wolfe (Jemma Redgrave), that made him so desperate to get back to Darwin? He told her that he planned to die rather than go back to prison, but clearly the plan hadn’t been to take his mother with him.

Bernie explained what had happened since she was declared dead all those months ago. The body that had been found was one of her colleagues who’d been wearing her body armour. It had Bernie’s blood on it because she’d been shot, but she was captured and made to help the enemy troops as a doctor. After being rescued, she’d gone to stay with Serena Campbell in Spain, where she’s been ever since.

This must have been ridiculously hard for Cameron to hear, especially discovering that his sister and father already know that Bernie is alive and he’s the only one who wasn’t told. He told Bernie there was a bomb in the hospital that was due to go off in half an hour. ‘Even if they find it, it will explode.’

As Henrik Hanssen (Guy Henry) initiated an emergency evacuation of the hospital, Bernie insisted on staying with Cameron. She told him that Serena had been the only person she could face after her escape, and admitted that she’d never really wanted children. ‘That feels like the most honest thing you’ve ever said to me,’ said the man whose mummy issues have led him from being a promising young doctor to being Holby’s public enemy number one. Then he told her that the bomb was in the basement.

By the time Hanssen located it – and it was actually fairly hard to miss as it filled a whole room – there were just 16 minutes left on the clock. And with only one minute left to go, Bernie was texting Serena that she loves her and Hanssen was realising that Bernie and Cameron hadn’t been evacuated outside yet – so he went back into the building. That’s when the bomb went off, leaving Hanssen unconscious on the floor and Bernie and Cameron right in the line of fire. Will any of them survive?

And what about Ange (Dawn Steele)? At the exact moment the bomb went off she was having emergency surgery after the blood transfusion to one of her unborn twins went wrong. Chloe (Amy Lennox) had to scrub in to help obstetrician Mr Forbes (Damian Quinn), while Josh (Trieve Blackwood-Cambridge) stood helplessly by, terrified for the safety of his unborn children and his beloved Ange. In the aftermath of the explosion we saw that Josh was alive and Chloe looked shaken but generally okay – but surely Ange couldn’t have survived the blast?

And it seems that we may have seen the last of Lucky Simpson (Vineeta Rishi), too. She’d just uncovered proof about Jeni (Debra Stephenson)’s sex trafficking ring when she found the passports of Evie (Phoebe French), Mia (Brianna Shan) and the other girls in Jeni’s desk. Unluckily for Lucky, Jeni walked in right at that moment and caught her in the act. As Lucky was leaving, Jeni bashed her on the head with a glass paperweight.

Once again, Holby delivered 40 minutes of tense drama and another cliffhanger ending as Cameron’s reign of terror reached a climax. What’s in store next time, as we wait to see how much of the hospital and how many of its staff make it to another week?