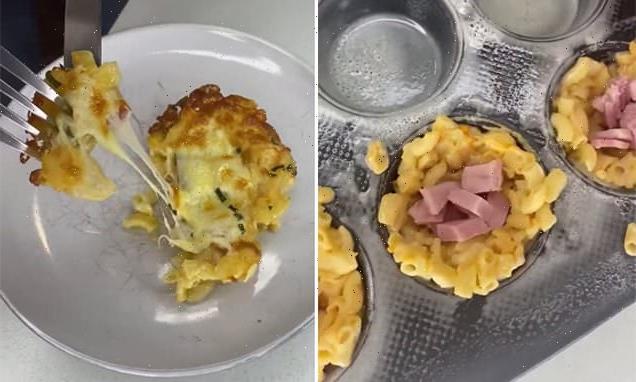 How to make mac & cheese PIES: Mum’s non-traditional take on the dish is dubbed an instant hit by foodies

A young mum has shown off her game-changing recipe for mac and cheese pies and claims you will never go back to eating the dish the traditional way again.

Alexandra Bewicke, who posts under thatFalzonfamily, starts by preparing the cheesy noodles by boiling the pasta and stirring in the sachet of flavouring that comes inside the packet.

The Victorian mum then pre-heats her oven, dices some bacon rashers and grates some cheese for the pies. 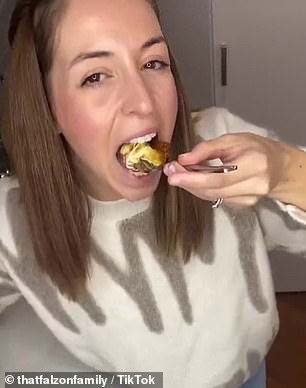 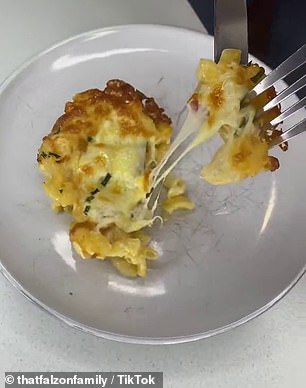 Using a greased muffin tin, to give the pies shape, the mum adds a large spoonful of the mac and cheese mix into each section.

She then makes a hole in the centre of each pile of pasta and fills it with bacon, chives and cheese.

The muffin tray is then put in the oven until the cheese on the top has melted.

‘When you take it out you have the most perfect easy mac pies, they are so cheesy and delicious,’ she said.

And the recipe, which has been viewed more than 40k times, can easily be tweaked, for those who don’t like bacon.

‘I also add chicken and corn, they are super yummy,’ the mum said.