TAKEAWAY fans could notch up big savings if restaurants pass on cuts to VAT announced today.

If you order a £15 takeaway every week, which two thirds of UK adults do according to accountancy firm KPMG, it could result in a saving of just under £50 over the six months VAT is temporarily reduced. 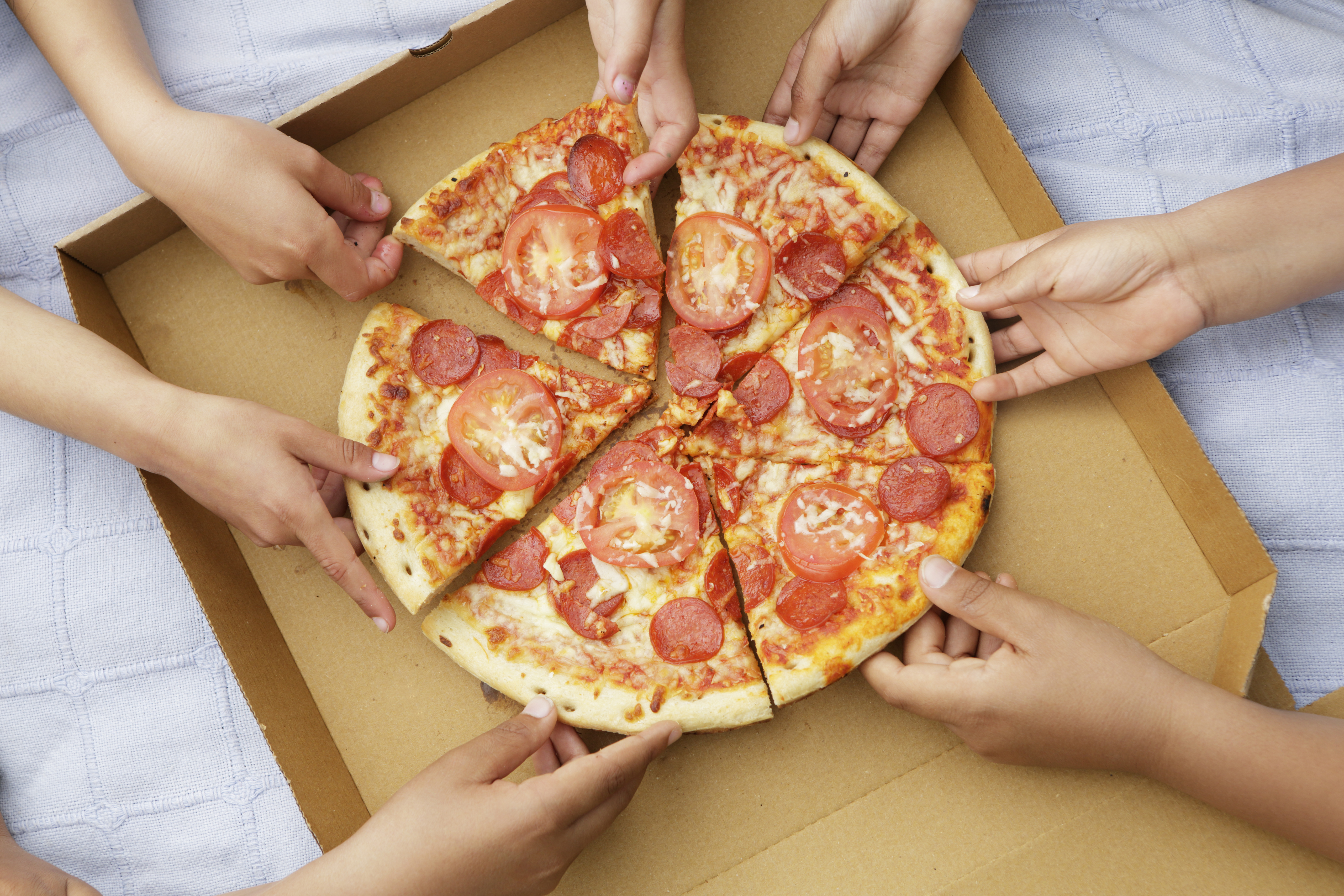 It comes after chancellor Rishi Sunak announced in his mini-Budget today that VAT will drop from 20 per cent to 15 per cent from next Wednesday (July 10) until January 12, 2021 for businesses in the hospitality and tourism sectors.

Booze is excluded from the measure, but it will apply to food and non-alcoholic drinks from restaurants, pubs, bars, cafés and other similar premises across the UK.

It will also apply to accommodation and on admission to attractions, and the Treasury says it's expected to save households around £160 a year on average.

If the cut is passed on in full, it could mean households save 12.5 per cent on takeaways and dining out. 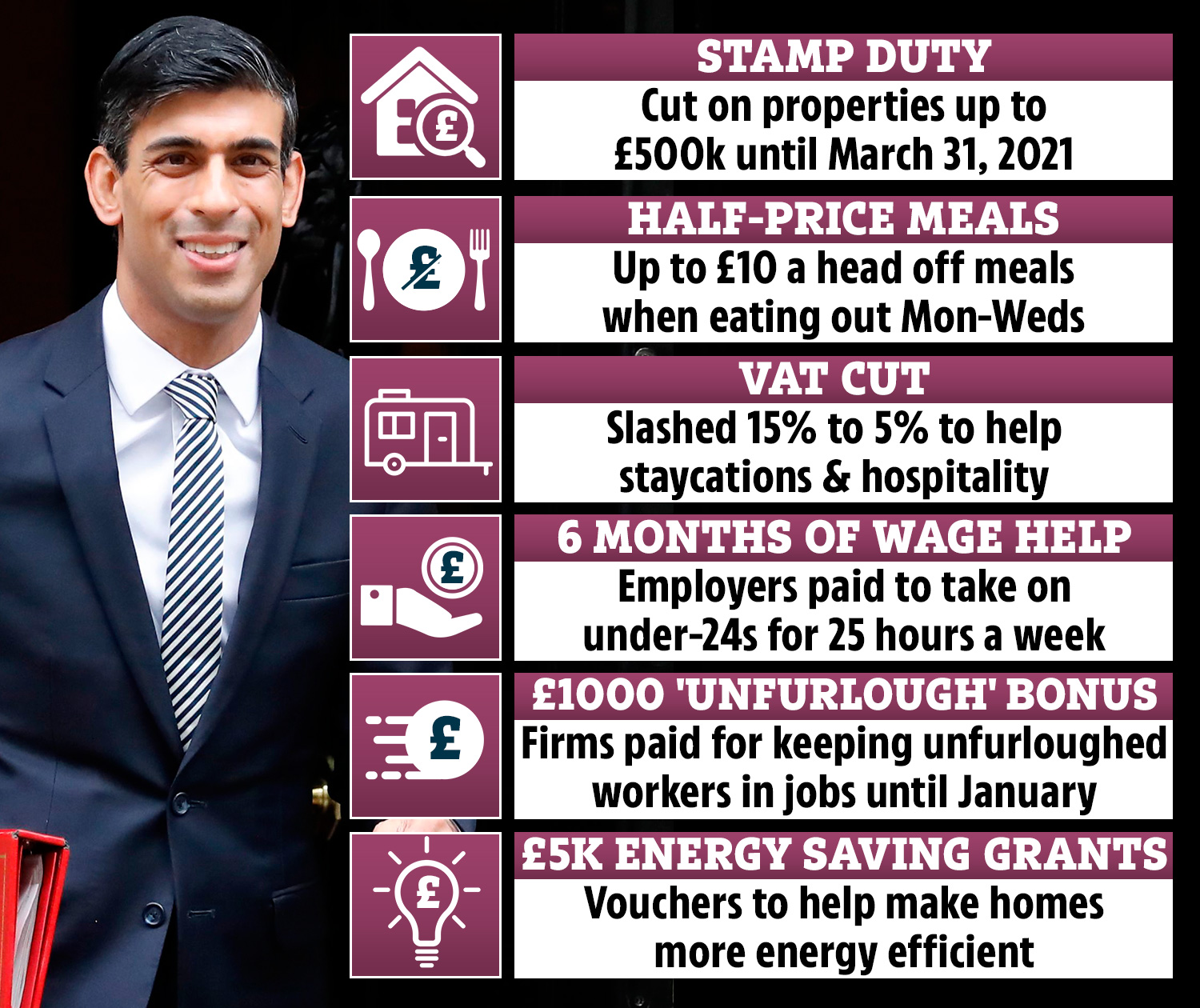 Of course, this relies on businesses passing on the cuts to customers – and they might not do this.

Genevieve Morris, head of corporate tax at accountancy and tax firm Blick Rothenberg said: "It’s now a case of watch and see whether it is the consumer that benefits or the businesses themselves.

"The indication from the chancellor's statement is that he expects this to reduce prices and encourage spending, but many businesses that have huge losses over the past few months may use this to boost profits, by keeping headline consumer prices the same, and pocketing the VAT saving – and who can blame them if they did?”

"But while consumers will hope the change will be passed on in lower prices, businesses could instead use the cut to hike prices to improve their margins. We suspect the answer will be somewhere in between."

What was announced in the mini-Budget?

CHANCELLOR Rishi Sunak has announced a £30billion "plan for jobs

The changes were announced in what's been described as a "mini-Budget" following the coronavirus.

Here's what the Chancellor announced:

Takeaway platform Deliveroo told us it's up to restaurants themselves whether they want to lower prices to reflect the VAT cut, but it says it would pass these reductions on via its site if firms choose to do so.

There are also some exceptions to VAT, for example sandwiches already have a 0 per cent rating.

And for some, a 12.5 per cent saving – as well as the newly announced vouchers offering 50 per cent of restaurant meals Monday to Wednesday during August – isn't enough to tempt people out if they're already struggling to survive on furlough or redundancy pay.

Russ Mould, investment director at investment platform AJ Bell said: “The VAT cut may entice some visitors but the Monday to Wednesday time frame and £10 limit for the month of August on dining out may not move the dial much.

"Nor are either of these incentives likely to persuade those who are too frightened or too vulnerable to venture to such public places, or indeed those who have lost their job or are on furlough, for whom cash could be tight and eating out a luxury anyway."

Other measures announced today include a huge package to help boost jobs, particularly for younger workers with the launch of a "Kickstart" employment scheme for 16- to 24-year-olds.

The government will also dish out a £1,000 bonus for employers taking furloughed workers back on.

In addition, a stamp duty holiday has been launched in England and Northern Ireland covering the first £500,000 of a property's value.