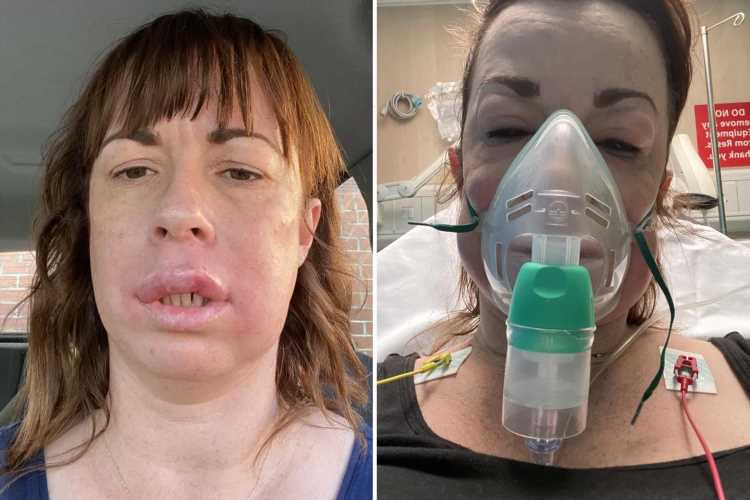 A MUM who got lip fillers to "cheer herself up" ended up almost dying from the procedure.

Kerry Parry was rushed to hospital after a blood vessel got blocked, which then sparked an allergic reaction. 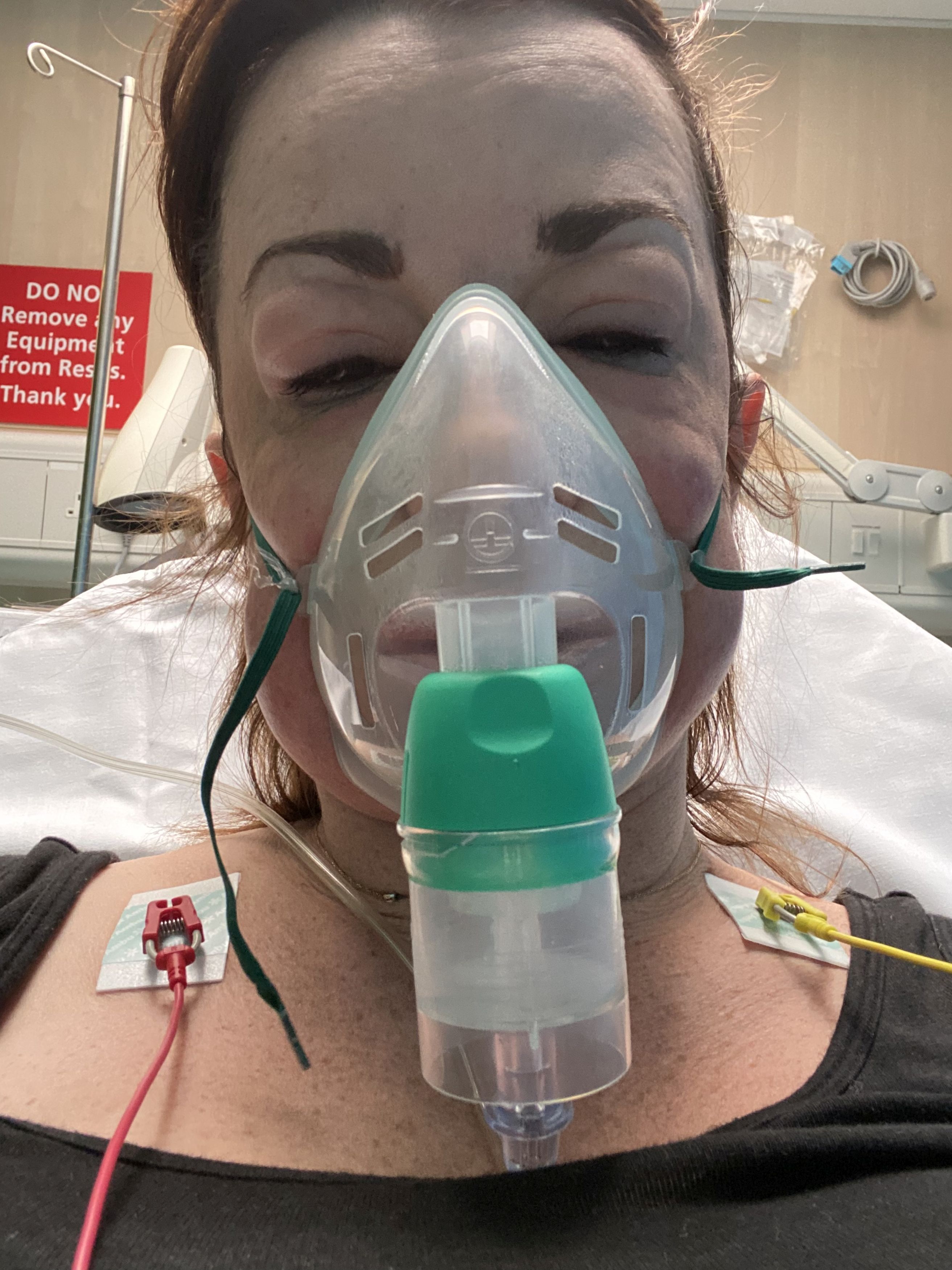 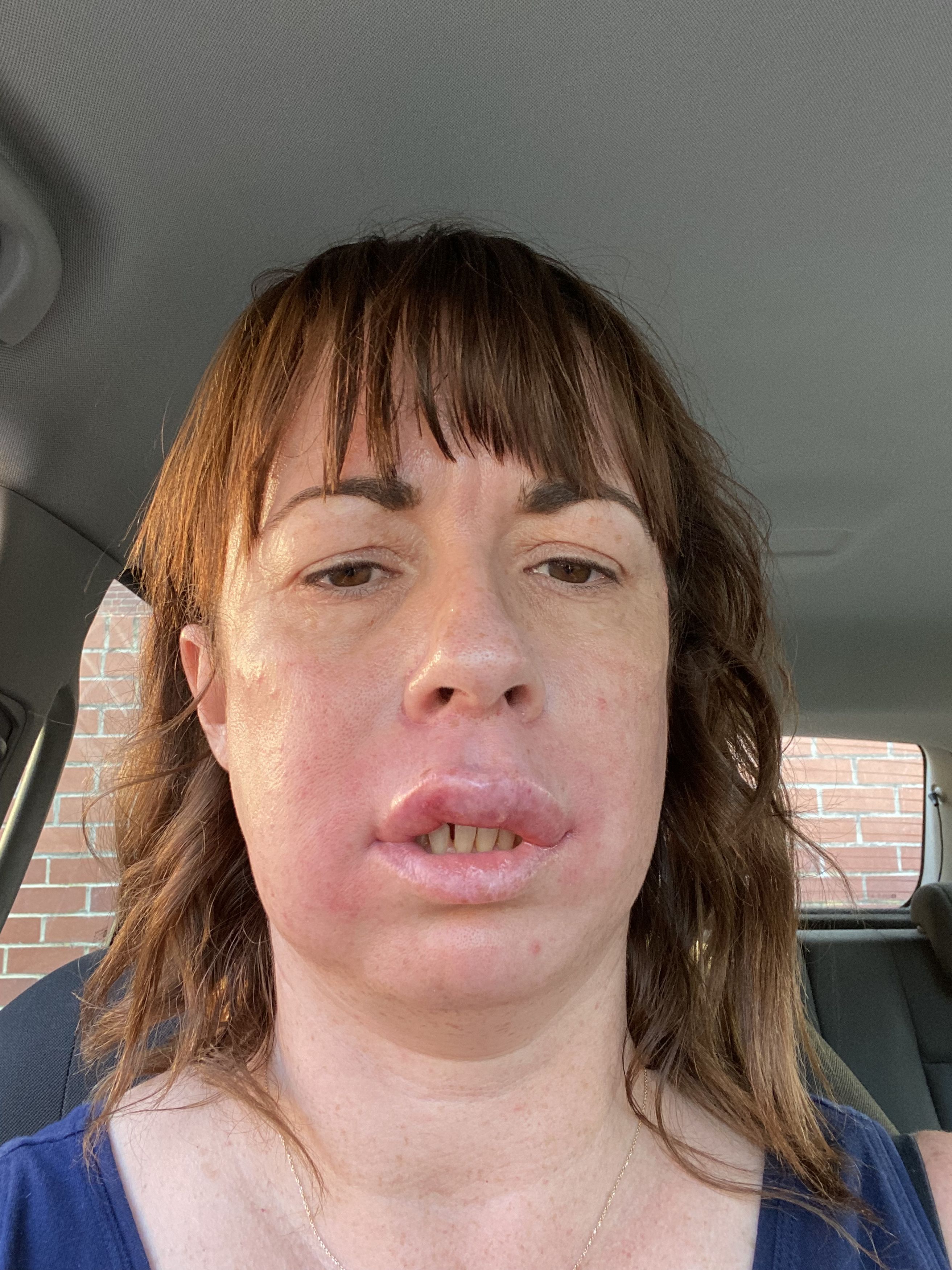 The 43-year-old decided to have Botox and lip and cheek fillers a few weeks ago – she had been feeling low after dealing with a family member's health.

But she developed a vascular occlusion – where the filler blocks a blood vessel and cuts off the circulation – while having the treatment at a salon near her home near Doncaster, South Yorkshire.

Kerry then had the filler dissolved to try and save her lip, but she suffered a severe anaphylactic reaction to the dissolving chemical and was rushed to hospital.

The mobile hairdresser now wants to warn others about the possible dangers of lip fillers, after hers ballooned to "triple their size".

Under 18s are now banned from getting fillers and botox in a huge win for The Sun's 'Had Our Fill' campaign.

But those over 18 can still get the procedure done by someone who has barely had any training, as the industry is not regulated by qualifications.

Kerry explained: "The injector was a fully qualified nurse so I thought she knew what she was doing and trusted her.

"I ended up with a blocked blood vessel and almost immediately after having Hyaluronidase injected to dissolve the filler my whole face blew up and my lips tripled in size. 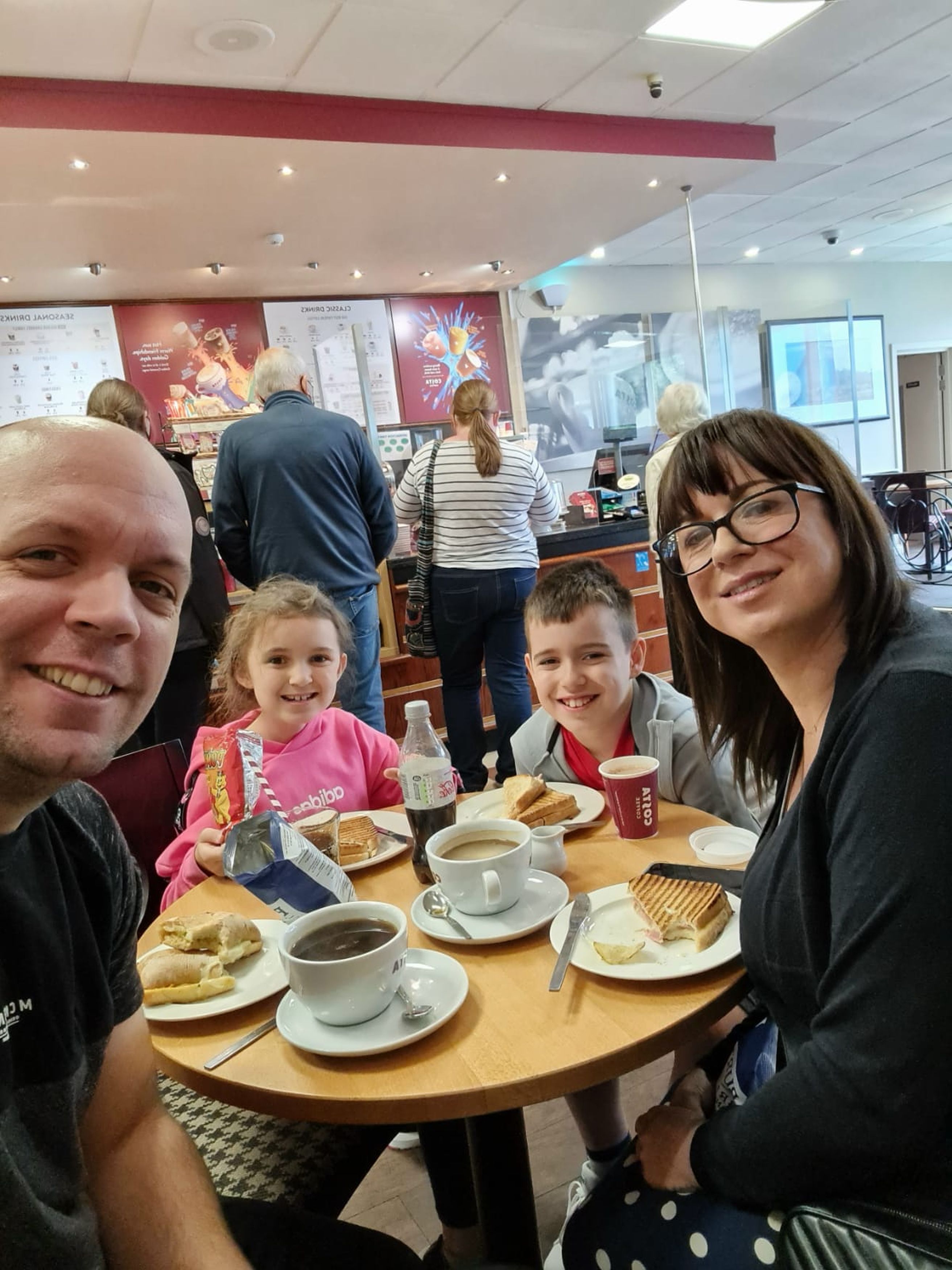 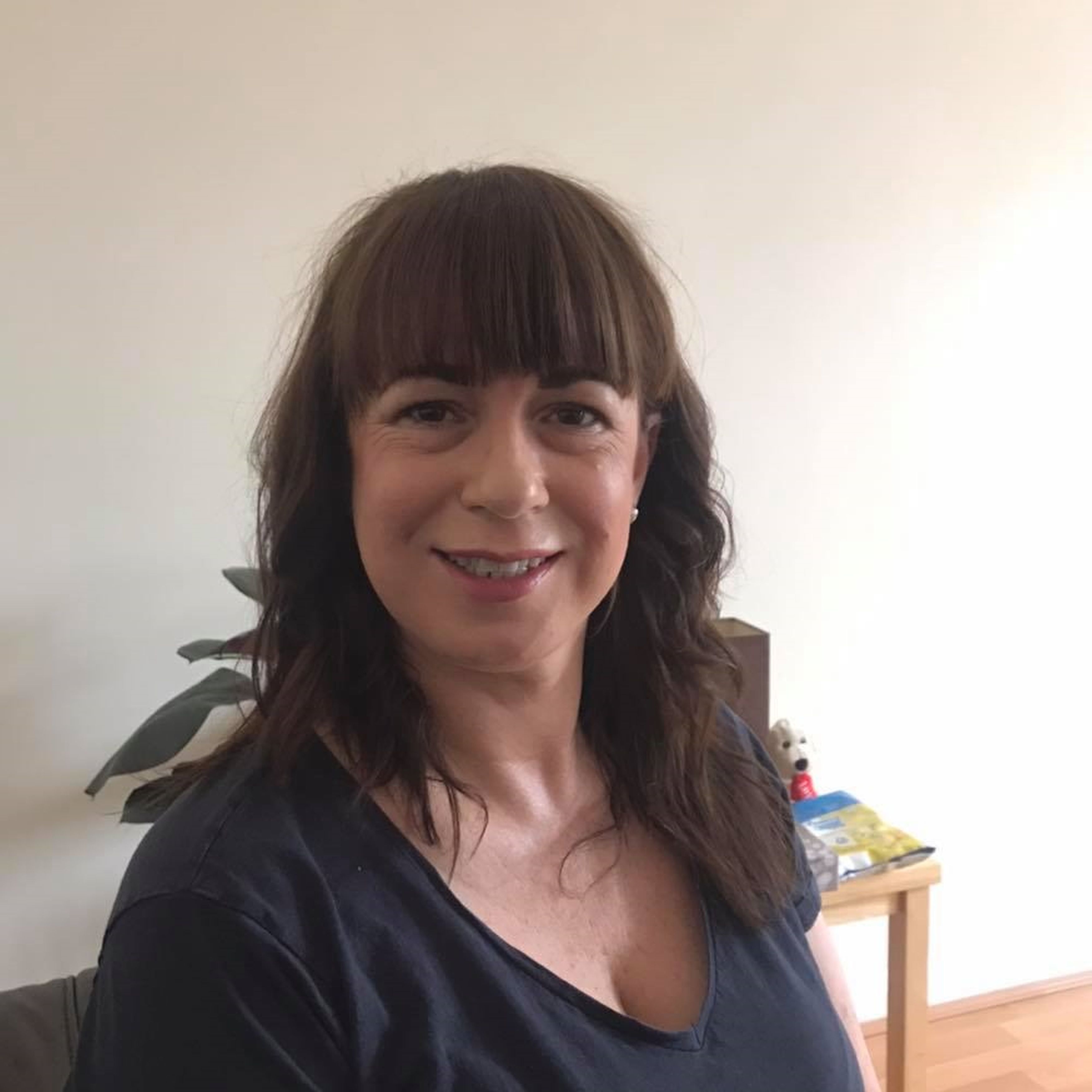 "Within two minutes I was almost unrecognisable so I knew straight away that something was wrong.

"Before I knew it I was being injected with all sorts and in an ambulance with an oxygen mask on going to hospital. I thought I was going to die.

"It was the worst experience of my life and the most scared I've ever been."

The mum-of-two had only ever had Botox injected once in her late twenties before she decided to go for the £380 package.

She claims the beautician warned her about the risks of developing a blockage, but was reassured "not to worry".

The 0.4 millilitres of filler injected into her top lip was enough to block a blood vessel, and needed to be dissolved urgently to prevent her lip tissue from dying.

Kerry said: "She did a patch test on my arm and I did have a small red mark the size of a big freckle so I asked if that was okay and she said it was fine and injected it.

"My lip swelled up straight away but I didn't think much of it and she gave me a heat pack to help with it."

Had Our Fill campaign

BRITAIN'S Botox and filler addiction is fuelling a £2.75 billion industry.

The wrinkle-busting and skin plumping treatments account for 9 out of 10 cosmetic procedures.

Fillers are totally unregulated and incredibly you don’t need to have ANY qualifications to buy and inject them.

83 per cent of botched jobs are performed by people with no medical training, often in unsanitary environments – with devastating results.

Women have been left with rotting tissue, needing lip amputations, lumps and even blinded by botched jobs.

Despite the dangers, there is no legal age limit for dermal filler, which is why Fabulous launched Had Our Fill, a campaign calling for:

We successfully ensured it's now illegal for under-18s to get lip fillers.

We want anyone considering a non-surgical cosmetic treatment to be well-informed to make a safe decision.

We’ve Had Our Fill of rogue traders and sham clinics – have you?

She needed more chemicals to dissolve the blockage a few days later and suffered a severe, life-threatening anaphylactic reaction to this second dose.

Kerry said: "After she injected me with more Hyaluronidase my whole face blew up and before I knew it the manager put an EpiPen in my leg and called an ambulance.

"The paramedics injected me with antihistamines, put an oxygen mask on me and said they were taking me to resuscitation at hospital.

"That made me panic really bad that I was going to stop breathing. I was so scared I was going to die and was telling the paramedics 'I have kids, I want to see them again'."

Hospital staff kept Kerry in overnight to keep an eye on her, worried that once the antihistamines wore off she could have another reaction to the chemical in her system.

The traumatised mum now wants to warn others of what can happen with aesthetic injectables, insisting that it's not worth the risk.

Kerry said: "You see a lot about lip filler so you just think it's safe but from my research afterwards it seems like vascular occlusions are actually quite common.

"You just never know what will happen and if you'll have an allergic reaction to any of the chemicals.