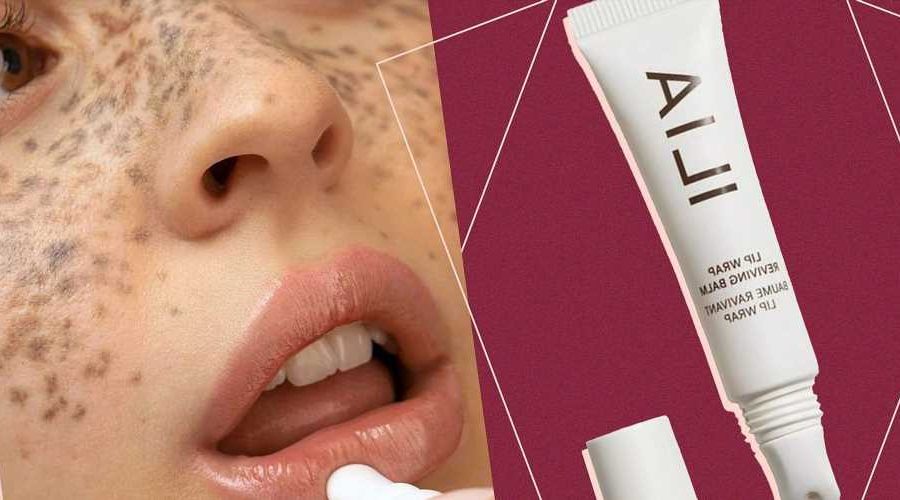 Having dry and cracked lips can be super frustrating, especially when the peeling doesn't stop. But even more frustrating? When your lip balm still leaves your pout feeling chapped. Thankfully, Ilia just launched a new lip product that shoppers say revives cracked lips in as little  as three days.

The Lip Wrap Reviving Balm contains a blend of coconut and prickly pear oils, which are loaded with vitamin E to soothe, nourish, and protect the skin from free radicals. As humectants, hyaluronic acid and sea succulent, also known as salicornia, draw water to the skin and retain moisture, boosting volume and preventing delicate lip skin from peeling. (Salicornia is known for its anti-inflammatory and antioxidant properties, so it's commonly found in moisturizers and body scrubs.) It's also formulated with moisturizing shea butter to soften and plump your pout, and it's subtly scented with lavender and chamomile to offer a dose of calm.

Packaged in a tube, the balm is easy to apply, and the ceramic applicator offers a cooling effect as soon as it touches your lips, per reviewers. You can wear it throughout the day and pair it with the brand's adored Lip Wrap Overnight Treatment, an exfoliating and hydrating mask, to get rid of dead skin cells. Although the balm was just released this month, shoppers who were able to get their hands on the product early said it gave them "teenager lips" and praised how quickly it worked. "I've been using this overnight treatment, and my dry lips that were peeling got better in about three days," one wrote. "Now they shine even without a gloss or balm! My lips are the softest they've been in years!"

"This is by far one of the best lip balms I have ever used," raved another shopper. "The consistency is perfect but so hard to describe. It's not sticky like a gloss but it's not matte and drying like some lip treatments. A small amount goes a long way, it's clear but shiny and absorbs quickly. I don't feel like I have to keep reapplying either as the hydration lasts for several hours. I also use the Ilia lip mask at night so I save the balm for the morning."

With just one glide, the Lip Wrap Reviving Balm does triple-duty as a hydrating agent, plumper, and moisturizer. Shop it now for $24.

This article originally appeared on Shape.