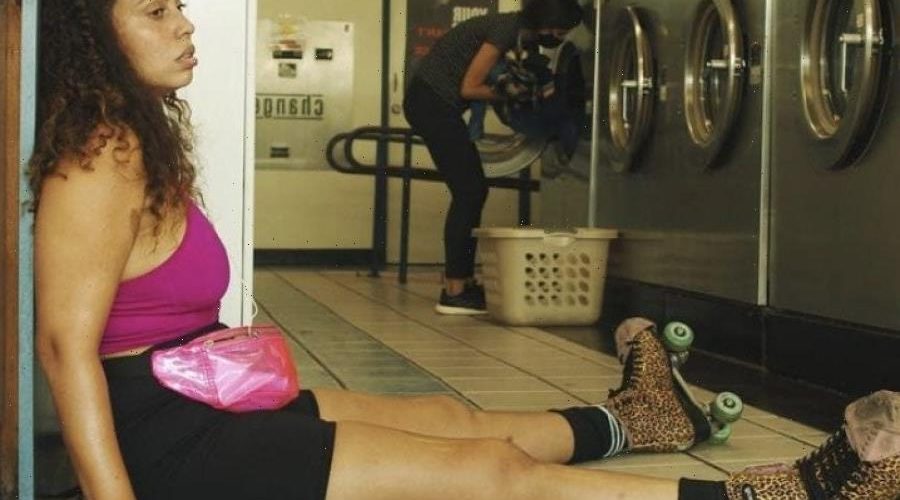 Kelley Kali and Angelique Molina have brought I’m Fine (Thanks For Asking) to BET Her.

The duo co-directed and produced the film, which took home the Special Jury at the 2021 Sundance Film Festival. They also crafted the story which is centered on homelessness and single motherhood with Roma Kong.

What I’m Fine (Thanks For Asking) introduces viewers to the reality of what it looks like to be employed and unhoused. It also reminds us that the majority of Americans are one mishap away from their lives becoming completely unrecognizable.

Kali (Willa Mae, the Church Lady Vampire Slayer) stars as Danny, a single mother forced to live on the side of the road in a tent with her 8-year-old daughter after suddenly becoming a widow. She revealed on her Instagram page that the character was “named after the talented actor and community activist @officialdannytrejo to pay homage to the artists of Pacoima, CA.”

The trailer features Danny gliding through the streets on roller skates attempting to messenger for a fictional food delivery app that does not allow her to make ends meet. Despite the app’s affordability and the very little she makes from each delivery she is blamed for accidents by demanding customers and mistreated by restaurants.

As she tries to meet stringent restrictions to get approved for an apartment where she can make a home for her child, Danny is forced to dodge inquiries from old friends and cat calls from strange men. Because telling the truth might result in her child being snatched away from her, she has to be vigilant about protecting their privacy.

Deon Cole (Black-ish, A Black Lady Sketch Show) appears as a shady hustler who tempts Danny to consider doing something unexpected to keep her child out of harm’s way. Sitting in a jet black ferrari he offers her a safety and security that can’t be found one the street.

I’m Fine (Thanks For Asking) is now available of BET Her.