Blogger, 24, who shared her battle with incurable cancer with her 60,000 Instagram followers dies ‘peacefully in her sleep’ – after fighting the disease alongside her father

An influencer who documented her battle with stage 4 cancer has died aged 24, her devastated family has announced.

She was diagnosed with leiomyosarcoma, a rare cancer of the muscle, in March 2018 during her last week of university, three weeks after her father, Anthony, discovered he had prostate cancer.

Her family posted the heartbreaking news of her death on her Instagram story yesterday, saying that she had ‘passed away peacefully in her sleep’.

In what was to be her final post at the end of September, Jayda said that she’d learned something important from gaining weight and losing her hair due to her treatment, saying: ‘I am still kind. I am still brave. I am still generous.

‘I am still ME & outside things don’t make me who I am. My personality and my heart does.’ 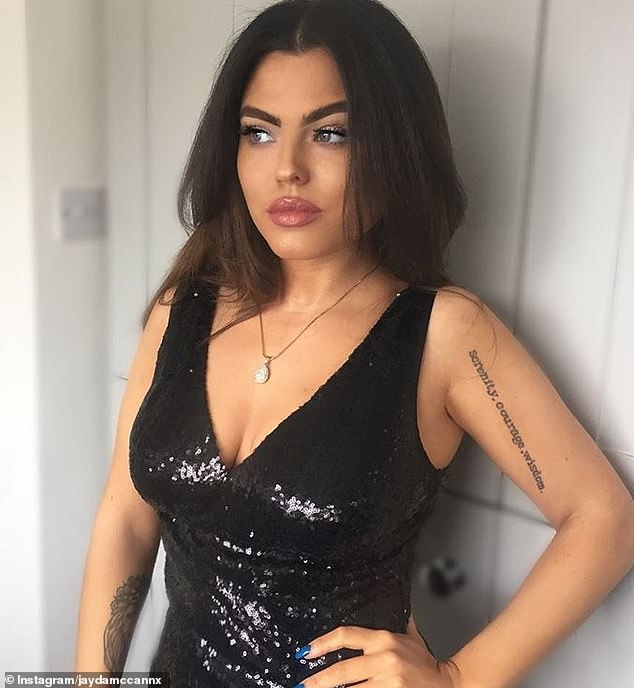 Jayda McCann, 24, (pictured) from Greystones, Ireland, who shared her cancer battle with over 60,000 Instagram followers, died earlier this week 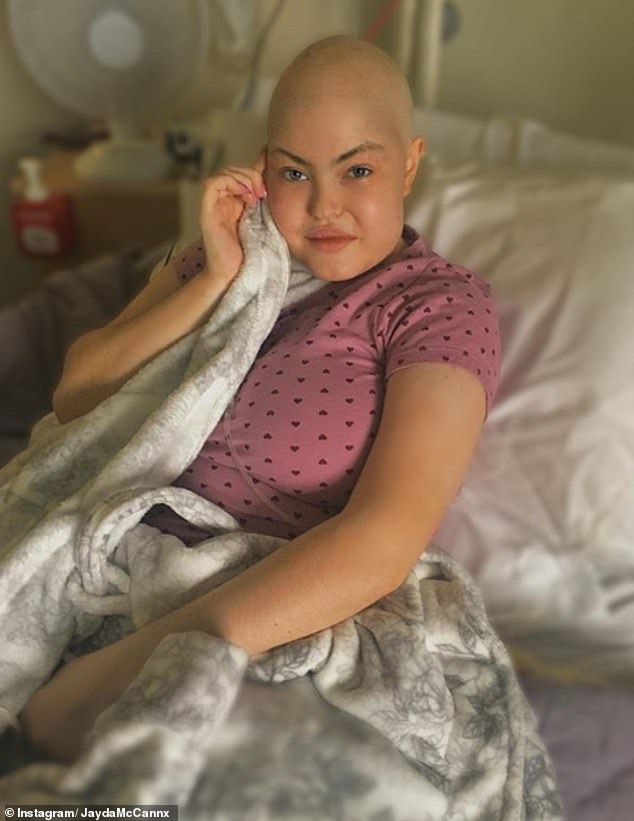 The influencer was diagnosed with rare cancer leiomyosarcoma, in March 2018, while in her last year of college. Pictured: Recovering in hospital after surgery 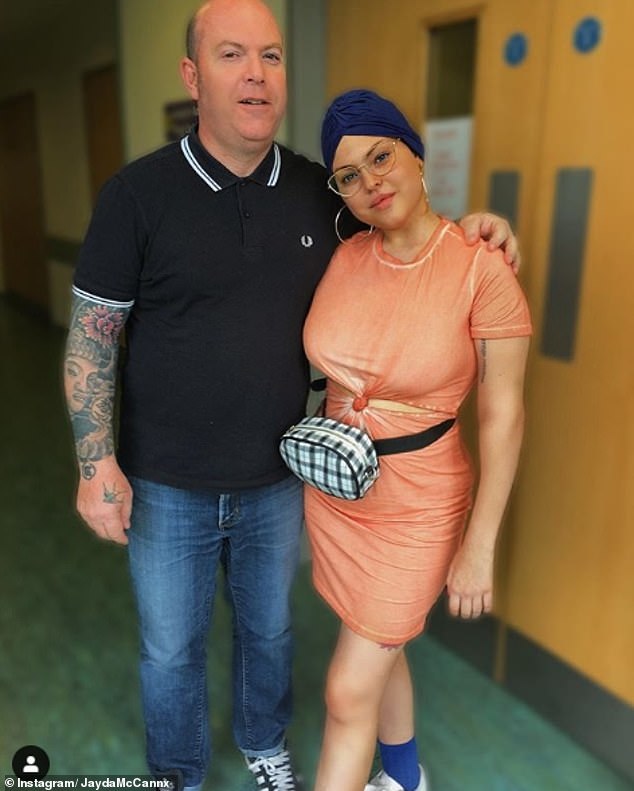 Jayda’s father Anthony (pictured together) who recovered from cancer at her age, was diagnosed with prostate cancer just three weeks before her diagnosis

Speaking to The Irish Sun last year, Jayda reflected on sharing her health battle with her father who recovered from cancer when he was her age.

‘I’m a total daddy’s girl. We’ve always been so close. You wouldn’t want to see anyone you love go through it, but if I could pick anyone in the world to do it with, it would be him.

‘We understand each other on a completely different level. He can turn one of my worst days into one of my best days,’ she said.

Jayda sought medical advice after discovering a lump in her pelvis that she initially thought was a cyst. 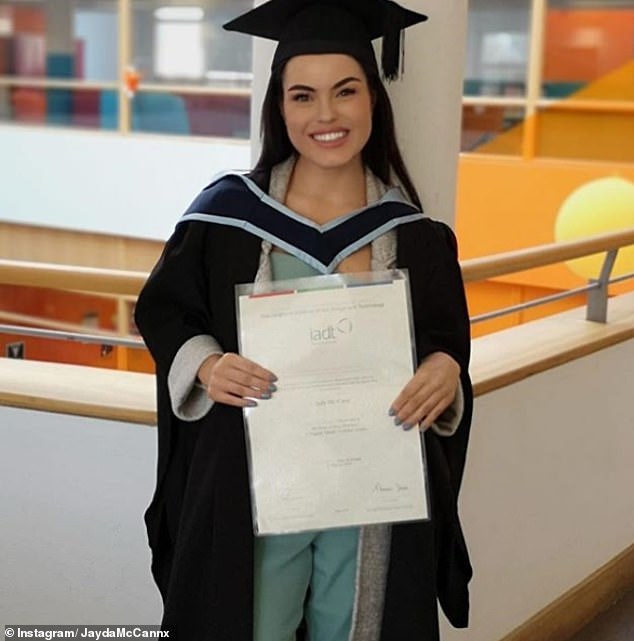 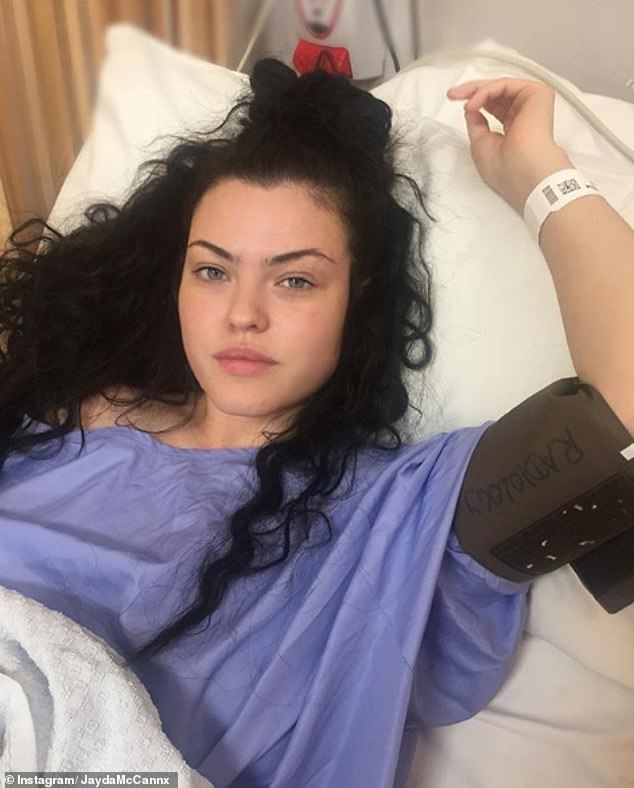 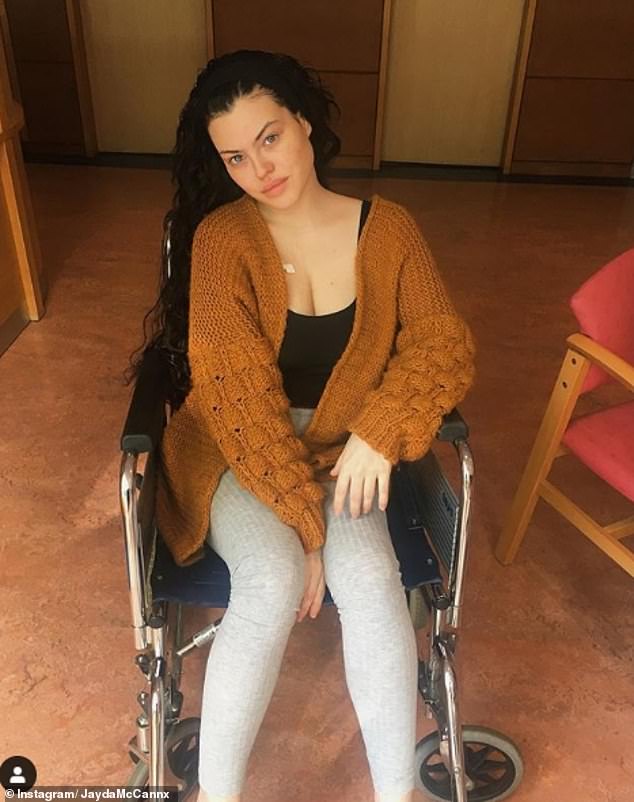 Jayda (pictured) was sent away with antibiotics six times, before doctors sent her tissue for a lab examination

She persisted in asking doctors to investigate after the lump continued to grow, despite being sent away with antibiotics six times.

According to the NHS, leiomyosarcoma is a soft tissue sarcoma that develops in muscle tissue.

The rare cancer is more common in middle-aged or elderly people.

Symptoms include a painless lump under the skin that can’t be moved and gets bigger over time; a cough or breathlessness caused by swelling near the lungs, or swelling in the abdomen.

Treatments may include chemotherapy, radiotherapy and tissue to remove any tumours.

Lab results revealed that she was suffering from incurable cancer, leiomyosarcoma.

Since news of her passing spread, a stream of friends and followers have paid tribute including Irish actor John Connors.

Sharing a photograph of Jayda on Instagram, he wrote: ‘I woke up this morning to the news that my dear good friend Jade McCann has passed away in the early hours of the morning. Jade had talent to burn and unlimited potential for life.

‘She was an incredible singer, song writer and she was so articulate and charismatic too. She could of made it big in a number of careers. She was a warrior in every sense of the word and fought hard to the end. Myself and my friend @tiernanwill1 have been documenting Jade and her family’s story the past 18 months. 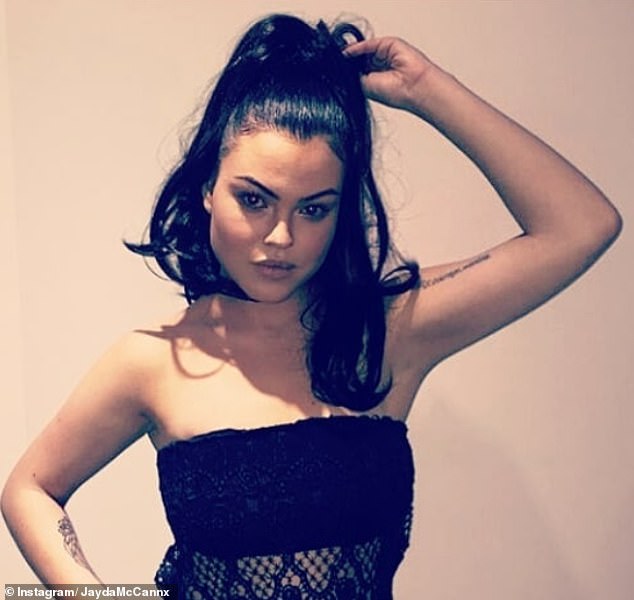 Jayda’s close friend John Connors, shared a photograph (pictured) of the influencer as he reflected on her talent and charisma 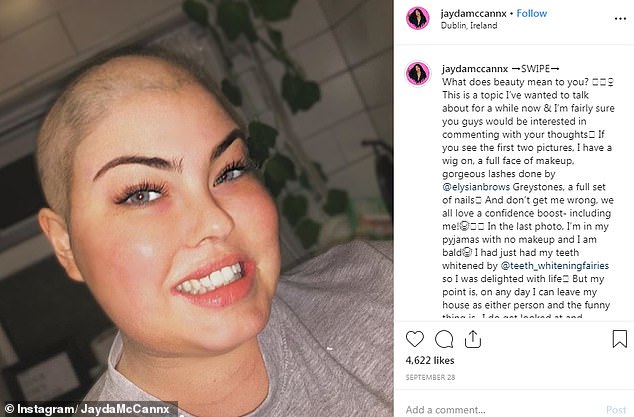 The 24-year-old had spoken candidly about her passion for beauty in wellbeing in a number of posts, while revealing that she aspired to have a career in the media 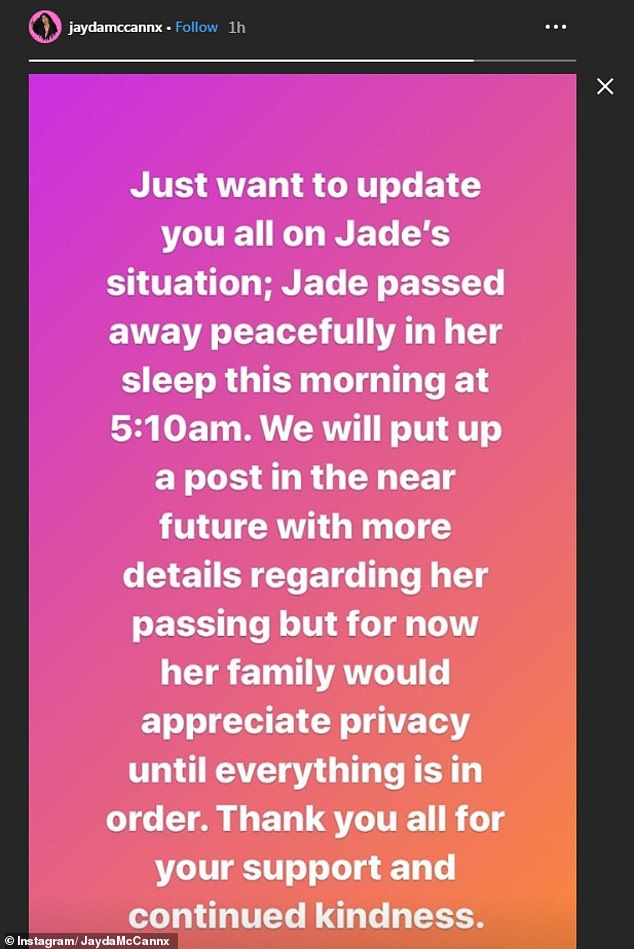 Jayda’s family thanked her Instagram followers for continuing to show support and kindness, but asked for privacy following her passing

‘This documentary film is for her and is a part of her very important legacy. My thoughts and prayers go out to Jade’s mother, father, brother, boyfriend and the rest of her loved ones who are missing her today. I’ll never forget you Jade and the great times we had. My performance tonight onstage is for you x Rest in peace my friend.’

Others took to Twitter to share how they had been inspired by Jayda sharing her life across social media.

‘I still can’t believe Jayda McCann lost her battle this morning to cancer. Life can be so cruel she was so inspirational & positive throughout her battle & smiled through her bad days. Following her story from the start & she’s definitely inspired me, heartbroken for her family,’ wrote one.

Another said: ‘Jayda McCann was such a good role model & such a good kick in the face when you feel like moaning about stupid things that really don’t matter. Rest In Peace’

A third added: ‘Very sad to hear about the passing of Jayda McCann this morning, she was a breath of fresh air on Instagram and really brought a lot of positivity to what can be a very cruel and deceiving platform. So wise and mature for her age and circumstances.’

A flood of Twitter users shared their condolences, many told how they had been inspired by Jayda’s life story

25/10/2019 Lifestyle Comments Off on Influencer, 24, who shared her battle with cancer dies
Lifestyle