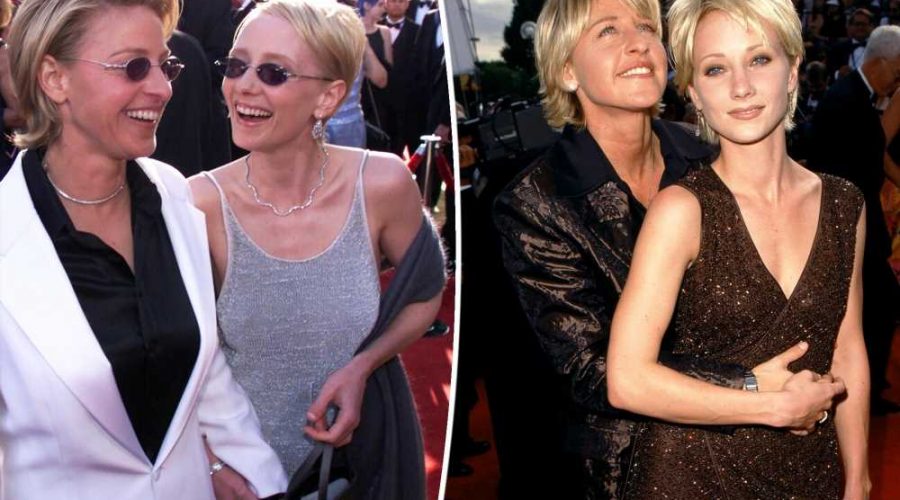 Woman whose house Anne Heche crashed into is lucky to be alive: neighbor

Anne Heche ‘in a coma’: Star yet to regain consciousness, in ‘critical condition’ after wreck

Anne Heche and Ellen DeGeneres are now considered one of the first lesbian power couples in Hollywood, but their debut was not met with open arms at the time.

Heche – who is currently fighting for her life after a fiery crash last week left her in “critical condition” – opened up about her once-controversial romance in 2020.

However, when it came time for the couple to make their red carpet debut at Heche’s film premiere for “Volcano” in 1997, she was allegedly told her job would be in jeopardy if she went public with the affair.

“I had told them that I was taking Ellen as my date and I was told if I took Ellen, I would lose my Fox contract,” the actress alleged. “At that moment, she took my hand and said, ‘Do what they say,’ and I said, ‘No thanks.’” 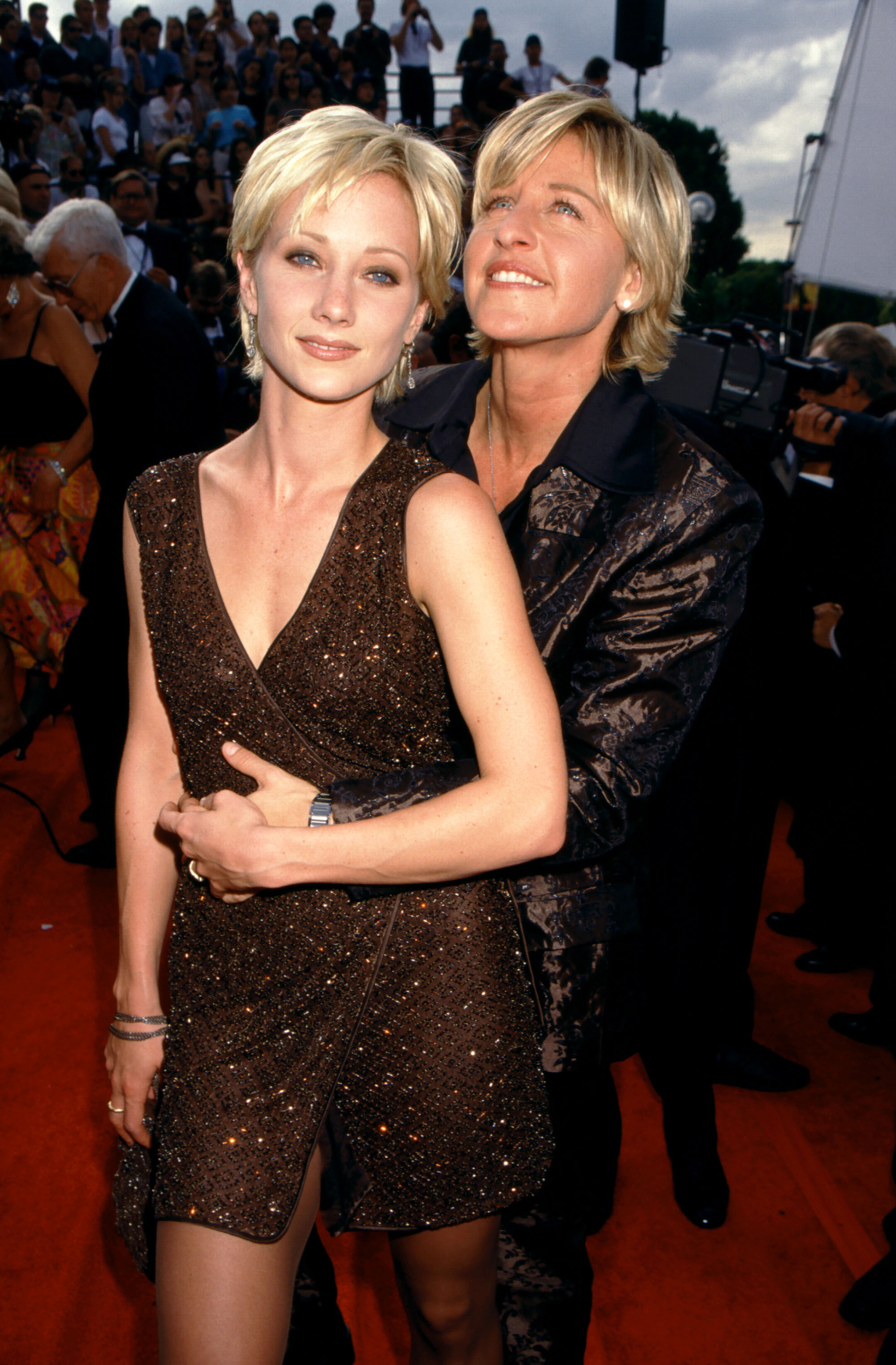 Heche said she took DeGeneres to the event against her movie studios’ wishes – but the pair were “ushered out by security before the movie even ended.” The actress was allegedly told she was not allowed to go to her “own after-party, for fear they would get pictures of me with a woman.”

However, the incident did not deter the women from continuing to date and their romance lasted three-and-a-half years. Despite their tight bond, it wasn’t always copacetic between the “Vanished” actress and “Finding Dory” star.

Heche hinted in April 2021 that DeGeneres tried to control the way she dressed when they were together.

While recently reviewing her red carpet looks over the years for a TikTok video, Heche posted a photo of her and DeGeneres at the 1998 Golden Globes.

“Why do I look like a hippie? It’s because Ellen didn’t want me to dress sexy,” she said of the ensemble.

Heche’s relationship with DeGeneres affected much more than her appearance.

“I didn’t do a studio picture for 10 years,” the “Save Me” star claimed to Page Six in October 2021. “I was fired from a $10 million picture deal and did not see the light of day in a studio picture.”

However, Heche had no regrets about dating DeGeneres, noting, “Those repercussions that happened, are to me what has created a part of the change. I’m a part of it. It is a badge of honor.” 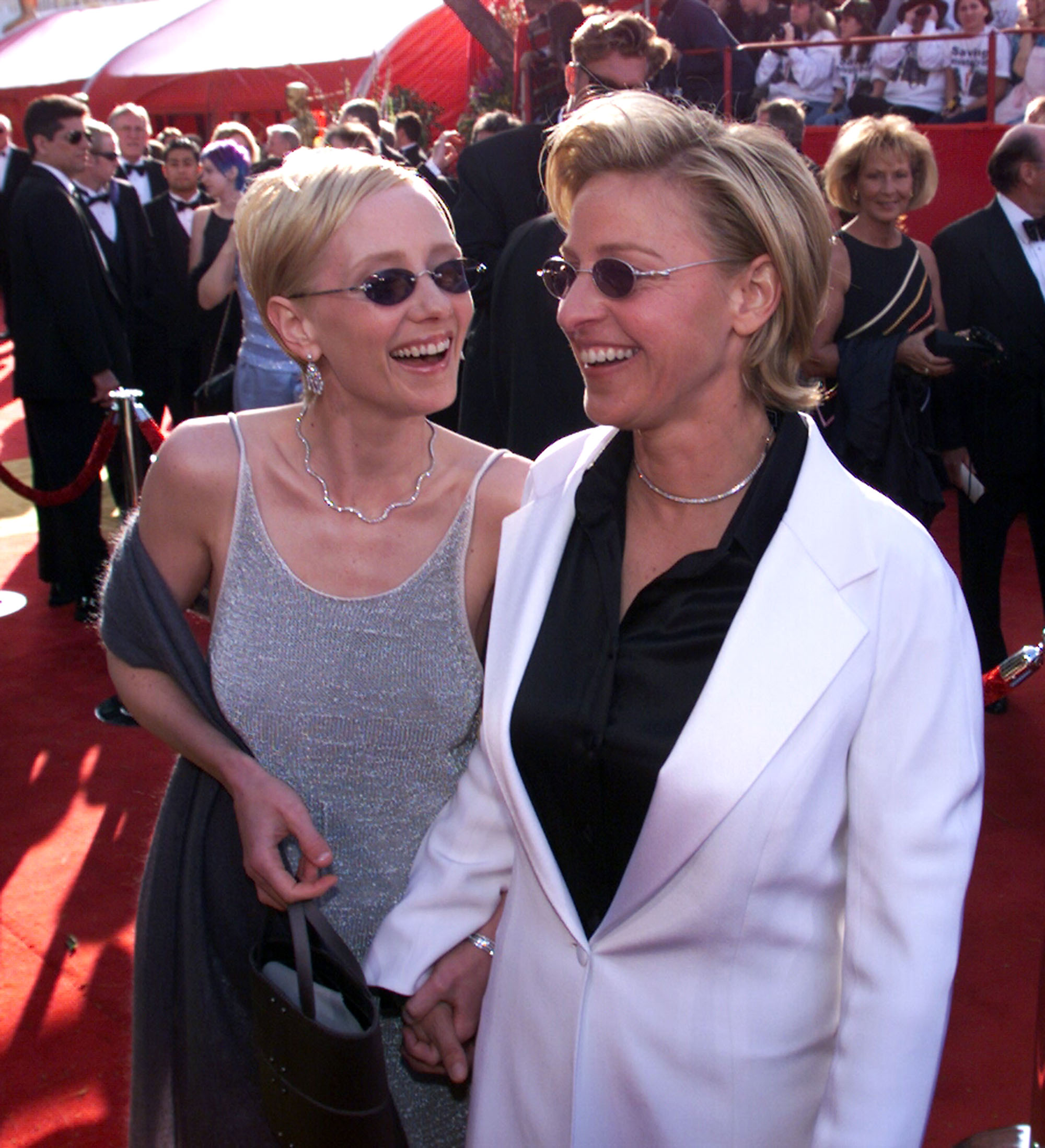 Heche and DeGeneres called it quits for good in August 2000. They released a joint statement to People at the time that read, “It is an amicable parting and we greatly value the 3 1/2 years we have spent together.”

DeGeneres told the Los Angeles Times a year later that the split was a surprise to her.

“She walked out the door and I haven’t spoken to her since, I don’t have the answers,” the former “Ellen DeGeneres Show” host claimed.

Meanwhile, DeGeneres has been married to actress Portia de Rossi since 2008.