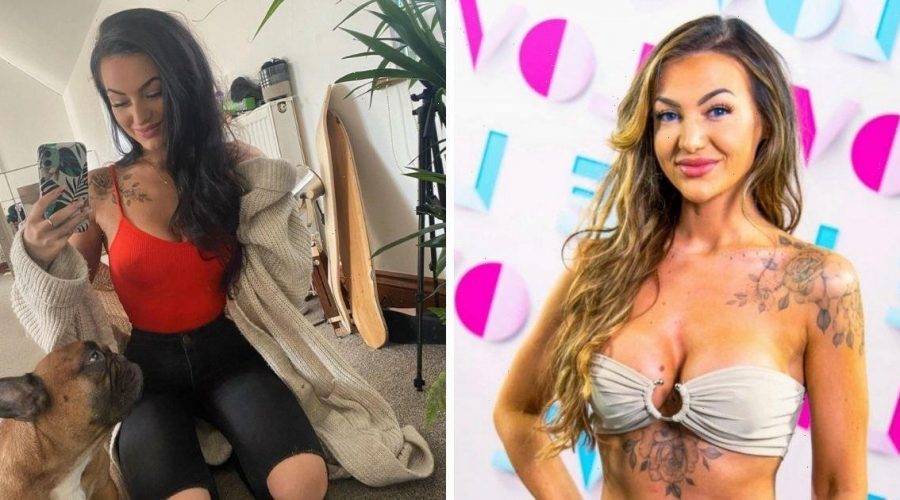 Love Island has turned up the heat recently, and is sending islanders packing faster than you could say "I've got a text!"

Just after two islanders were dumped from the ITV2 show, three new bombshells were sent into the lion's den, one of which is Abigail Rawlings.

The 27-year-old hails from Beaconsfield, Buckinghamshire (just outside of London) but now lives and works in the coastal town of Bournemouth.

Abigail, who goes by @abigaillouisetattoo on Instagram, works as a tattoo artist, and has travelled the world doing guest sessions at some incredible tattoo studios.

However, it seems like the blue-eyed beauty has kept her Bournemouth home base for a number of years, and shares it with her absolutely adorable tan-coloured French Bulldog called Zeus.

Abigail called him an "absolute saviour" for the role he played keeping her sane during lockdown, when she seemed to be isolating alone, with only Zeus for company.

She captioned a cute video of the dog and herself, in which Zeus farts: "Couldn’t not post this absolute gem to the grid! This little dude right here has been my absolute saviour during these lockdowns.

It's unknown whether Abigail previously shared her apartment with an ex, but given that she revealed in her Love Island entry interview "I’ve always been very much a relationship girl" and that her "window of being single don’t last long", we wouldn't be surprised if that was the case at some point.

Going by the snaps shared on the bombshell's social media, she lives in a top floor apartment, as the ceilings slant in her living room area.

The pad doesn't seem to have any major changes made to its walls or floorings, with no shelves or picture frames drilled into the wall.

It's pretty normal as far as reality TV star apartments go, but Abigail has decorated the neutral space with plenty of plants and full length leaner mirrors, which really open up a smaller space.

The minimal changes made to her home suggests that Abigail is renting the apartment, which fits into her travel-hungry lifestyle.

Though she now dons a caramel brown-hued barnet, the stunning tattoo artist used to rock jet black hair for years, which she flaunted whilst posing for numerous selfies at her pad.

Her bedroom seems to have a ring-light opposite her bed, making it a prime selfie-taking spot.

As it's likely a rented apartment, Abigail won't have had much say in the lighting fixtures, but her bedroom features a stunning gold candelabra light.

A huge multi-picture photo frame also balances above her headboard, filled with pictures of those close to her.