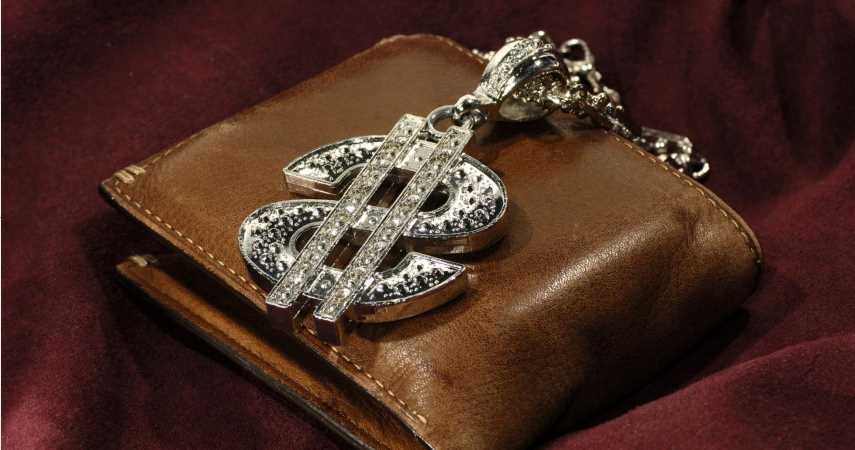 Hip-hop first developed in the 1970s in the African American region of South Bronx in New York City. While breakdancing and graffiti were the first signs of the cultural movement, it wasn’t until an 18-year-old immigrant from Jamaica, DJ Kool Herc, came to the Bronx and introduced the concept of deejaying. The late 70s saw the introduction of rap, and the new wave of rappers in the mid-80s defined a new style of hip-hop through the likes of Run-DMC and LL Cool J. Ever since the beginning, rappers, emcees, and artists have used jewelry to mark the milestones in their careers. While there has been a change everywhere in the industry, one thing that remains stagnant is jewelry, which symbolizes status and immense wealth.

From the formative years of hip-hop, where emcees wore gold for their certified albums and became bolder with their bling in fashion and accessories, to the new generation of rappers that spends millions on buying diamonds and gold to show their power in the competitive industry, let’s take a look at the extravagant life of rappers and how the trend of bling began and followed even today.

Each hip-hop artist from coast to coast has embraced the culture of using bling to showcase the wealth and success garnered with good music. The original elements of hip-hop were easy: emceeing, DJing, dancing, and street art. But platinum, gold, and silver have also become synonymous with them. While Elvis Presley and disco took prominence in the 1970s under the Nixon reign, hip-hop was born around the same time and popularized by DJ Kool Herc, as noted by Britannica. Known for his block parties, he influenced artist Kurtis Blow who donned gold chains on the cover of his debut self-titled album.

Blow, the emcee for the first-ever gold-certified hip-hop album in history, wore jewelry to show his success, and the future emcees followed the trend as they accomplished milestones in their careers. As the budgets increased, artists developed bigger rhymes that became popular. The bling went from jewelry to accessories as Adidas gifted Run-DMC and his trio of solid gold sneakers, as stated by High Snobiety. They went on to rock some of the best pendants, watches, and rings of the 70s.

A Lifestyle Redefined By Hip-Hop And Roc-A-Fella Chains

LL Cool J, who came to prominence in the 1980s, introduced the trend of gold rope chain and revolutionized it with his fashion. The rapper popularized four-finger rings while Biz Markie flooded his album cover with diamonds worth over $100,000. The competitive edge to show off their bling on album covers was brewing in the 80s and 90s with artists like Mr. Cee and Big Daddy Kane. At the beginning of the 90s, hip-hop was introduced as a solo genre and became commercialized with jewelry.

One of the best examples to describe it was Notorious B.I.G and his Jesus pendant, which Jay-Z and Lil Kim wore as a good luck charm during the release of their albums. As hip-hop became one of the highest-selling genres in music, Jay-Z upped the stakes by introducing the Roc-A-Fella Chains of his record label. As mentioned by Time, the chain was designed by the late Adrian Vargas and cost $10,000, symbolizing black excellence. Today, the chains are worth over $200,000 each. Lebron James, Kanye West, Beyonce, and DJ Khaled are some artists who have received the chains from Jay-Z.

By the mid-to-late 2000s, rappers with bling from the 80s and 90s had slowed down their music and focused on growing their multi-million and billion-dollar businesses. The massive spending in the hip-hop industry marked a way for producers like Sean Diddy, Jay-Z, and Dr. Dre to generate wealth for themselves and participants under their labels. Rappers like 50 Cent and Lil Wayne brought a new evolution and jewelry, and each crew began using diamond chains to represent their status.

Since the early 2010s, male and female rappers coming to prominence have showcased their success with bling. Artists such as Cardi B, Offset, Travis Scott, and Drake have keenly accepted the culture and rewarded their struggles with expensive jewelry. As mentioned by US Weekly, Megan Thee Stallion was dripping in diamonds in 2020 when she custom-made a 155-carat diamond necklace with the words Hot Girl by Eliantte & Co. that cost a whopping $425,000. It is the most expensive diamond jewelry owned by a female rapper.

While today bling and rap have become synonymous, in the 80s and 90s, it was a medium for people coming from oppressed and segregated brackets subjected to discrimination for being people of color to show that they had climbed the ranks of the rich and the world to see their success. Rappers today coming from the bottom of the social hierarchy use jewelry to represent a similar sentiment.

READ NEXT: A Peek Inside Shia LaBeouf’s $5.4 Million Pasadena Home