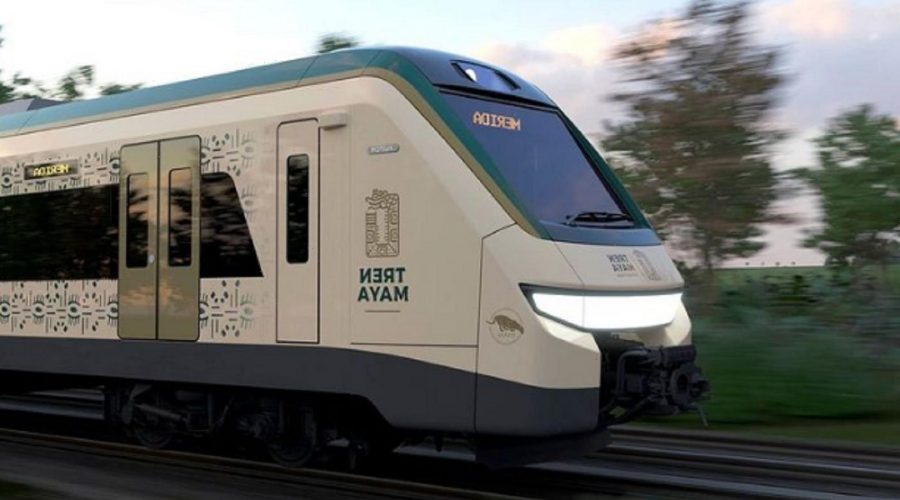 Mexico is filled with numerous impressive beaches, historic ruins, and home to delicious food. Due to the sheer size of the country, however, getting to some of these places can be a real pain, making traveling a not-so-pleasant experience for other people. Everyone should visit the country since there are tons of great resorts in Mexico, the great news is Mexico is attempting to create a gigantic railway traversing across the region named Tren Maya. The intercity railway will run for over 1,500 kilometers – an impressive feat in mechanical technology – and cut through a jungle, beaches, and other tourist sites.

Construction began in June 2020, and some reports say is set to be finished by 2024. However, since its development, the project has faced numerous complaints and backlash, mainly because of environmentalists and indigenous communities. Progress has been halted on more than one occasion by these groups because it poses a threat to the ecosystem of the Yucatán peninsula.

A Road Paved With Good Intentions

Mexico’s President, Andrés Manuel López Obrador has a dream: to build his own legacy. This came in the form of the Tren Maya, a massive passenger and freight railway train that will travel across the Yucatán peninsula. The train tracks start in Palenque, in Chiapas, and travel toward Cancún in Quintana Roo via two routes that circle the region. Overall, it will cross five states beginning from the southeast country to the northeast – that’s 21 stations and 14 stops altogether.

President Andrés Manuel declared the referendum on the Tren Maya in 2019, with almost 110,000 people participating in its consultation voting process. The President also called to speed up the developments to be a part of his administration’s infrastructure legacy. President Andrés Manuel also urged people to look at the economic effects, stating that the railway would help pay off the country’s historical debt to the southeast region of the peninsula and that it will create more jobs for people in the long run. This would greatly help the country unlike these countries with the poorest infrastructure. However, the Office of the United Nations High Commissioner for Human Rights criticized the President’s project through and through.

They declared that, while voters were informed of its positive effects, they weren’t notified of the negative effects. The UNHCR also pointed out the low turnout of votes, particularly among indigenous women. The organization noted that so many of the potential voters did not have the financial capability to travel to voting locations, and the majority of those who were able to vote were municipal employees.

Taking Inspiration From The Mayan Culture

The funding for Tren Maya’s development primarily came from a tourism tax levied within the peninsula, and funds diverted from other programs, such as the Mexican Grand Prix. The entirety of the project is led by the administration’s National Fund for Tourism Development, the agency funded by tourist taxes. They estimate the development to cost over $10 billion, and will eventually attract over 8,000 riders daily. The railway will have three types of trains: standard, restaurant, and a long-term stay train. It can reach speeds up to 160 km/hr, which isn’t a bullet train but still faster than a bus.

Its exterior design takes inspiration from the Mayan culture, which is ironic because despite taking inspiration from indigenous communities, the main opposition blocking the project is from the native communities residing within the peninsula. This is just like how Richard Feynman inspired Elon Musk. Representatives of various tribes have stated that the development of the train tracks goes against Mayan culture and its people. They also claim that it will bring more harm than good in their lives. Since the train travels across historic sites, it threatens both existing and potentially undiscovered ruins.

Authorities allegedly failed to notify communities about the project – at least, not in its entirety. Some claim that despite the many meetings to introduce Tren Maya to indigenous people weren’t even presented in the locals’ first language, making translation muddled and leaving the native tribes feeling shortchanged. The Mexican government is preventing more misunderstandings by continuously working with the local communities, holding assemblies to answer their questions, and encouraging permanent dialogue to prevent misinterpretation of the details.

The Mexican government had to evict over 3,000 families from their homes for the project to move forward. While many of these families were offered housing benefits, most of them were unhappy with the sudden change. Some representatives for indigenous people report that the housing in Mayan communities differs from modern houses, not just in design but also in dynamics. Tren Maya is also a major environmental hazard just like these invasive species that are destroying the environment. Not only does it negatively affect the locals from their homes, but it also uproots over 19,000 artifacts and 160 burials from their places. Parts of the intercity railway system will run directly through the rainforest, savannas, and mangroves, which will inadvertently harm the natural ecosystem and heavily impact the endangered species living in the area. The construction has already cleared over 120 square kilometers of the jungle, resulting in over 9 million trees getting destroyed.

Despite that, the Mexican government argues that trains are still more environmentally-friendly than building highways. They also claim that the construction won’t be too harmful since the majority of it was built on top of existing tracks. Authorities also say that various mitigation plans will enable the safe crossing of wildlife from one place to another, mainly via overpasses and underpasses created for them. Due to the administration’s insistence, Tren Maya continued its operations. That is, until recently, when the project faced another setback. A new route was introduced earlier this year, one that would go over a sacred set of underwater caverns that is now in danger of collapsing once the tracks are built on top of it. Because of people voicing their outrage and concerns, the court finally ordered a temporary suspension of the train’s developments. Recent reports say that a section of the train will move forward with construction despite delays.

12/09/2022 Lifestyle Comments Off on Inside Tren Maya: The $10 Billion Jungle Train
Lifestyle