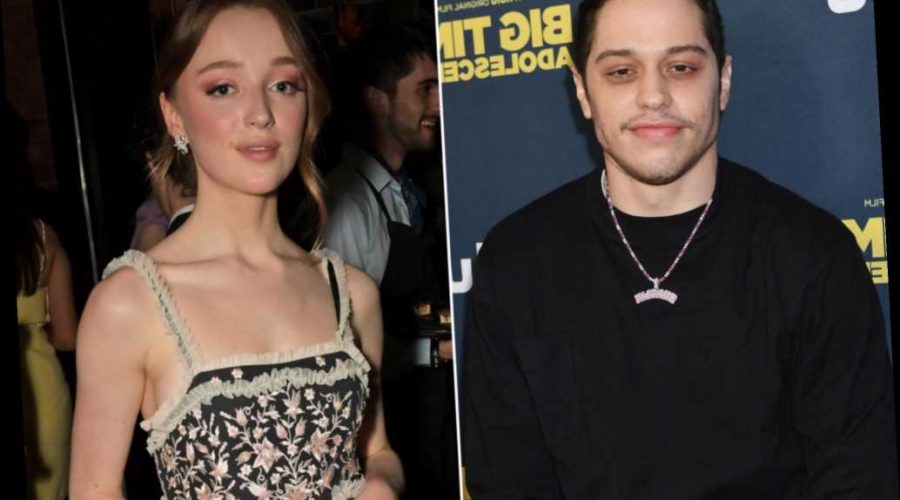 Pete Davidson is not married despite announcement claiming otherwise

“Bridgerton” star Phoebe Dynevor is said to be “spending time” with “SNL” star Pete Davidson — after he flew from New York to her hometown in the UK.

The actress, 25, who shot to fame as Daphne Bridgerton in the hit Netflix series, and the comedian, 27, are said to have recently spent time together in both New York and England.

Dynevor visited New York, where the “Saturday Night Live” star lives, in February. She posted photos of Brooklyn to Instagram with the caption, “Grateful I got to be here for a hot sec,” adding a heart emoji.

Then, Davidson was photographed in Altrincham, Greater Manchester on Sunday. A fan posted the picture on Facebook, writing, “Bizarre Altrincham spot of the day … he’s staying over in Altrincham with friends.”

During the pandemic, the actress has been living in Manchester with her actress mother Sally Dynevor, who appears in the British soap opera “Coronation Street.”

There was no sign of Phoebe at the time, but the sighting sparked rumors she and Davidson have been spending time together on both sides of the pond.

Reps for Phoebe Dynevor and Davidson didn’t immediately get back to us.

Davidson was previously engaged to Ariana Grande and has been linked to fellow British actress Kate Beckinsale, “Once Upon A Time In Hollywood” actress Margaret Qualley, and Cindy Crawford’s model daughter Kaia Gerber, 19.

Then, late last week the woman who falsely claimed she was married to Davidson was arrested for trespassing inside his Staten Island home.