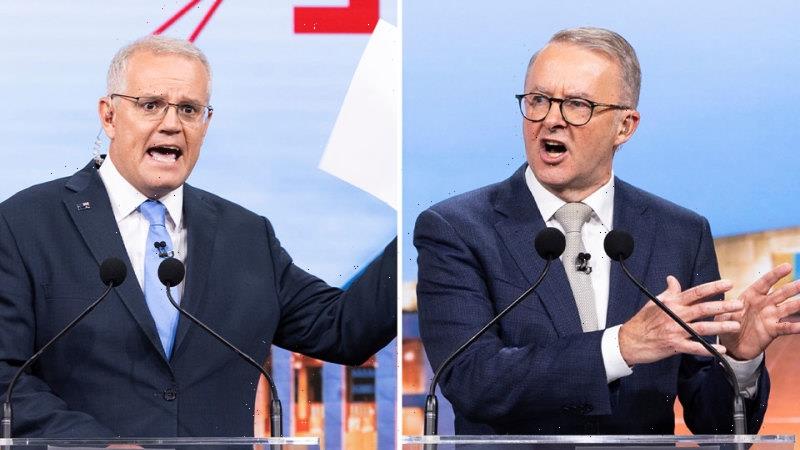 It was supposed to be a civilised election debate, but it ended up being a straight up political brawl with no clear winner.

The two leaders repeatedly needled and jabbed at each other, talking over the top of their counterpart in a bid to unsettle. 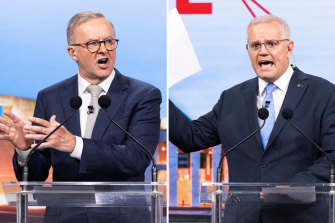 The prime minister, in particular, went out of his way to drag his opponent down. The pair locked horns over the rising cost of living, energy policy, honesty and integrity in politics but after more than an hour, a clear winner did not emerge.

Voters will not have learned much about either side’s major policies from this debate but they will know this: Scott Morrison will throw the kitchen sink at Anthony Albanese in the next two weeks, and he will not relinquish the prime ministership lightly.

With Australia’s 17.2 million voters to begin voting from Monday, neither leader made a major misstep but both men were not pitch perfect, either. Morrison claimed he had never seen corruption in the Liberal Party, while Albanese ducked the specifics of a question about his party’s “help to buy” housing scheme.

Morrison’s closing statement, in which he warned “a small target is always a big risk” – summed up his strategy.

To win the 2022 election, Morrison needs to make it a choice between himself and Albanese – a point he hammered in his opening statement, and which was the subtext of his repeated interjections aimed at the Labor leader.

Morrison acknowledged he is in a bare knuckle fight with Labor and also with the Teal independents, too, who threaten Liberal heartland seats in inner-city Melbourne and Sydney the party has held for generations. Albanese’s needling of the prime minister about not campaigning in these seats hit home.

And his concession to Albanese he should not have said the effort to vaccinate Australians against COVID-19 was “not a race” and acknowledgment of the “hurt and the feelings that people have had” in Australia over the last three years was a clear nod to voter anger and the fall in his personal standing among voters.

For the opposition leader to win he must make the poll a referendum on Morrison’s character and judgment, to grab hold of and highlight the underlying unpopularity of the prime minister with voters.

His closing line that “the cost of everything is going up but your wages aren’t… you do have a choice to change the country for the better, right now” will resonate with some voters.

But Albanese did not have the debate all his own way: far from it.

Morrison looked more nimble – though some viewers may have found him too confrontational.

His attack on Albanese’s housing policy and his history of changing policy positions, including on negative gearing and boat turn backs, had his opponent on the back foot.

Morrison is a more powerful and more experienced performer in this arena than Albanese, who has been knocked off message and made errors during his daily press conferences on the campaign trail.

Conversely, that means expectations for Albanese are probably lower than Morrison.

Neither man had a completely convincing answer on how they would tackle the rising cost of living because, in truth, there isn’t a lot governments can do about global factors and inflation.

Forty-nine per cent of viewers gave the debate to Albanese, 45 per cent to Morrison and six per cent were undecided.

It’s a fair verdict, and one that points to what many already suspect – polling day could be a cliffhanger.

08/05/2022 Lifestyle Comments Off on It was shouty, needling and messy, and there was no clear winner
Lifestyle