For the costume party premiere of her new movie “Halloween Kills” on Tuesday, Jamie Lee Curtis honored her late mother, Janet Leigh, by dressing up as her iconic character from 1960’s “Psycho.”

The 62-year-old actress expertly channeled Marion Crane in a belted, buttoned-up blue dress and short blond wig, accessorizing with a ladylike black handbag and pumps — along with a bloody shower curtain, of course.

“Honoring my mother in ALL her gory…I meant glory!” Curtis quipped on Instagram pre-premiere.

She elaborated on her sartorial tribute on the red carpet at Hollywood’s TCL Chinese Theatre, telling ET, “I am honoring my beautiful late mama, Janet Leigh, but… it’s a little more meta than that.” 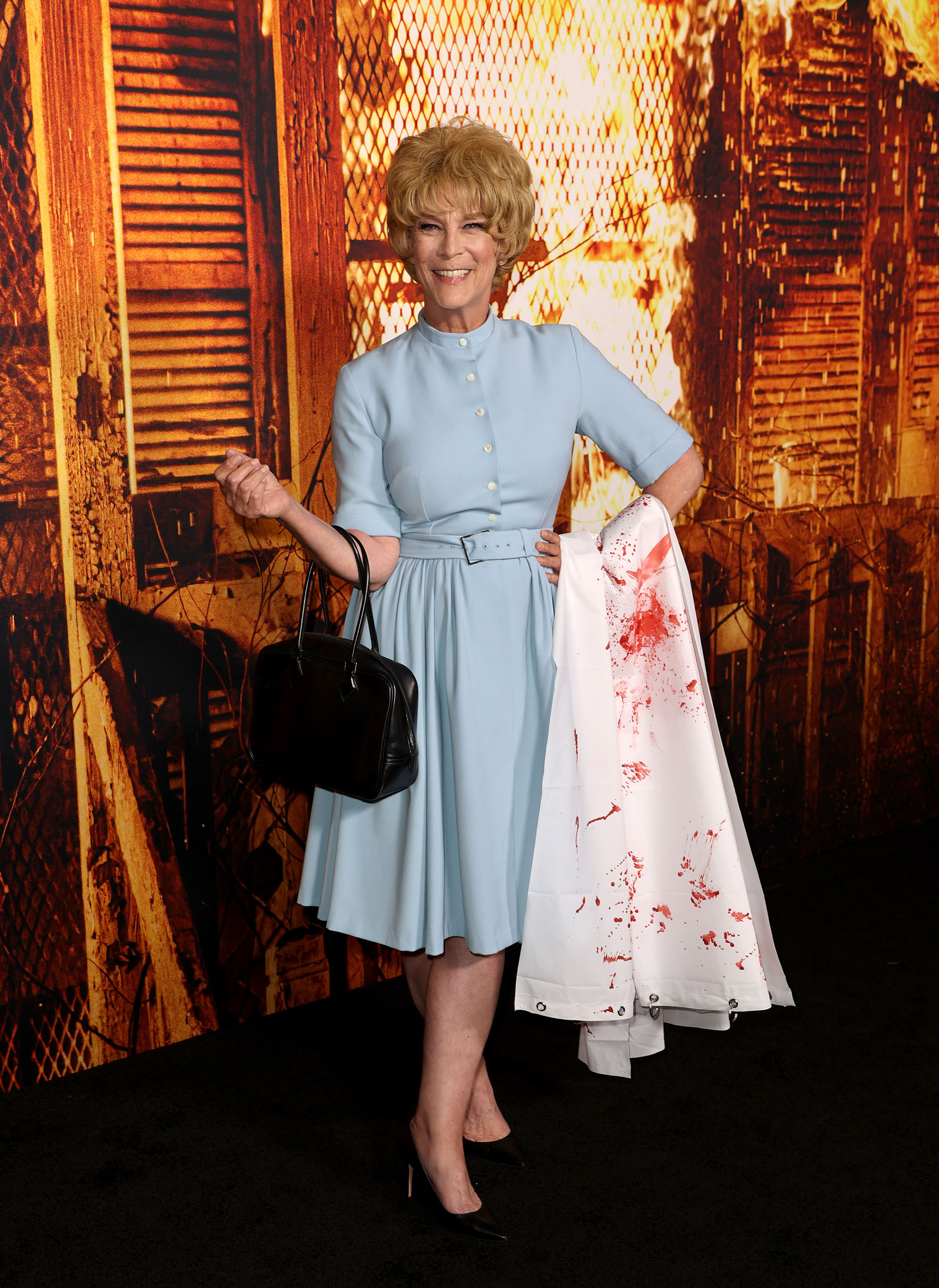 Continued Curtis, “I am actually going as Scarlett Johansson as Janet Leigh in the movie ‘Hitchcock.’ So it’s meta because we never knew what color Janet Leigh’s dress was because it was a black-and-white movie. But now because of the ‘Hitchcock’ movie, we know it was pale blue.”

The “Halloween” heroine said that the costume called for her to get her hands dirty, too.

“Mommy did a little DIY art project the other day,” she said. “I was worried you would see this and just think I looked like a ’50s housewife. So I thought, you know, maybe I need a little bloody shower curtain.” 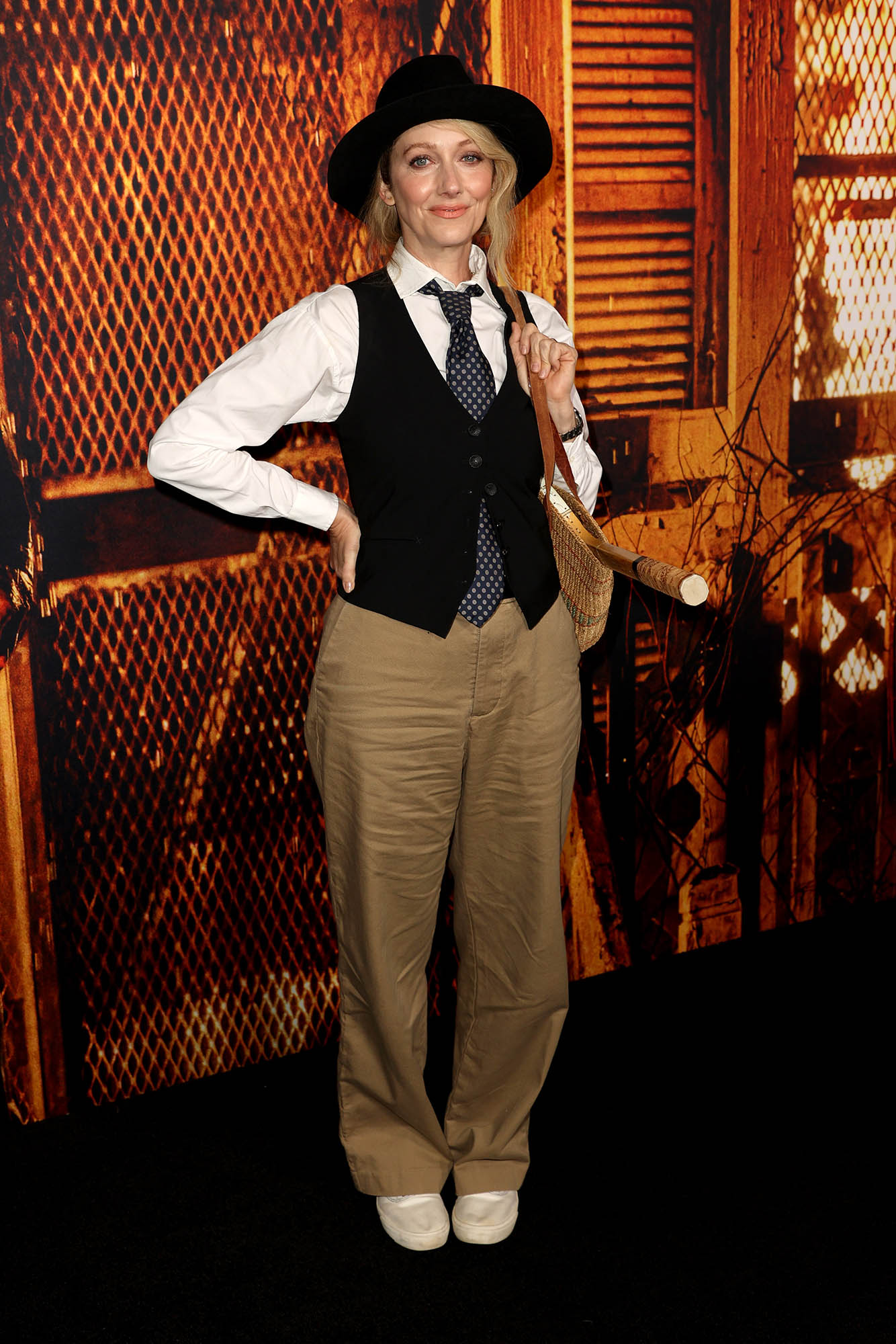 Curtis’ Hitchcock moment wasn’t the only stellar costume on Tuesday’s carpet, though. Her “Kills” co-star Judy Greer went full Annie Hall, while the “Real Housewife of Beverly Hills” cast all got in the Halloween spirit as well.

While Lisa Rinna donned a rabbit suit, referring no doubt to the infamously awkward bunny gift exchange with Kim Richards in season 7 of the Bravo show, Kylie Richards — who is reprising her role as Lindsey Wallace — may be throwing a barb at former “RHOBH” co-star Lisa Vanderpump with her ringleader costume. 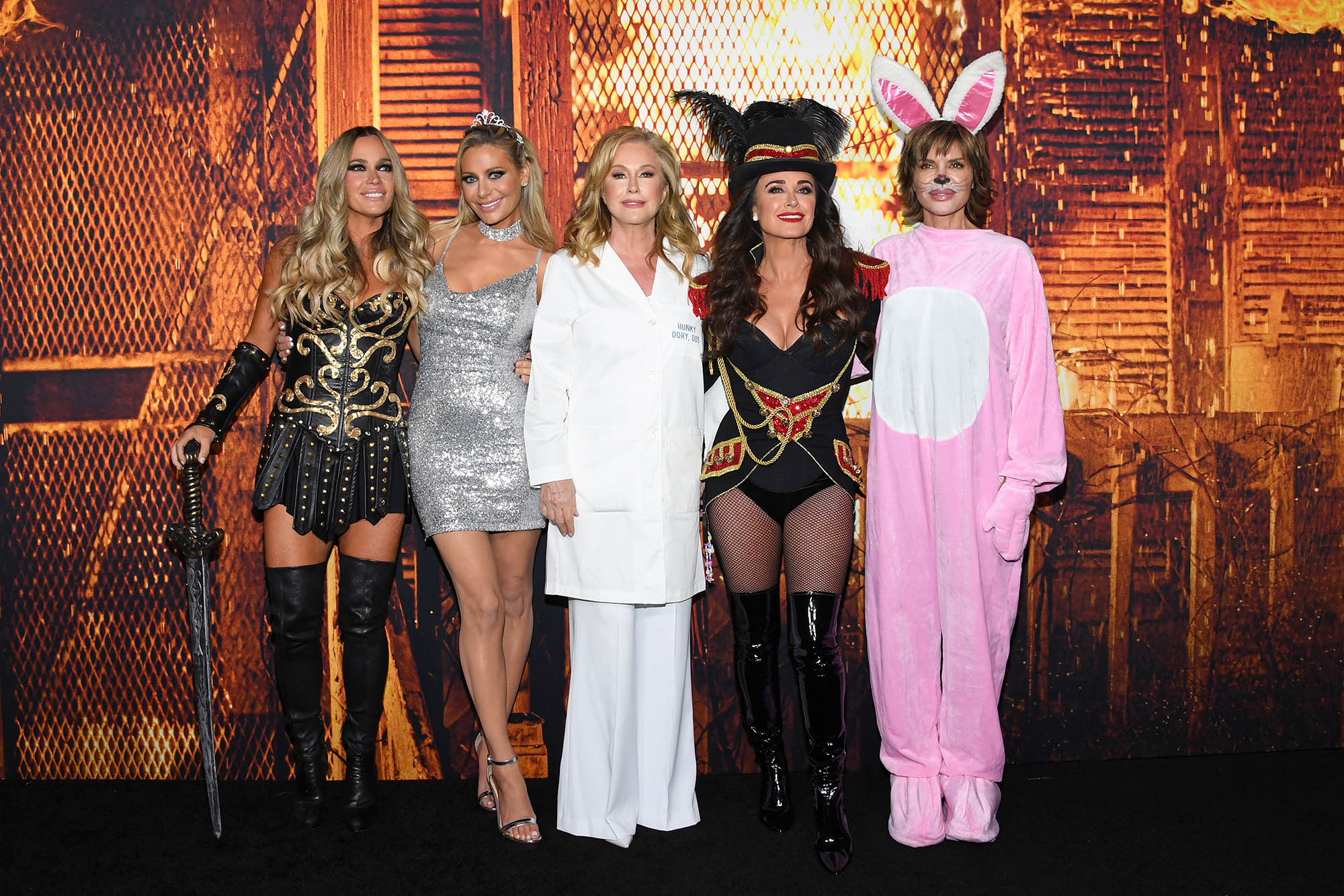