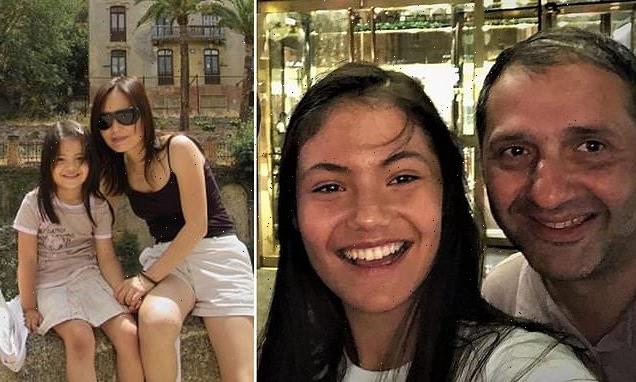 Courteous, steely – and the image of her parents’ characters… Tennis sensation Emma Raducanu was inspired by her mother and father’s work ethic, writes JANE FRYER

Other than the trio of glittery ‘Good Luck’ banners fluttering on the grass verge outside, there is nothing about the Raducanu family’s three-bed semi at the end of a Bromley cul-de-sac, just off the main arterial road to the M25, that screams ‘multi-millionaire global sports icon’.

Yesterday, the blinds were drawn and the porch was cluttered with unopened post and assorted shoes.

The blue-doored single garage which Emma had turned into a makeshift gym over recent months for squat thrusts and chin-ups was shut.

And there was no ‘thwack, thwack, thwack’ of her and her father Ian hitting balls in the street, as they had every day during lockdown come rain or shine.

The house has been deserted since last Wednesday. 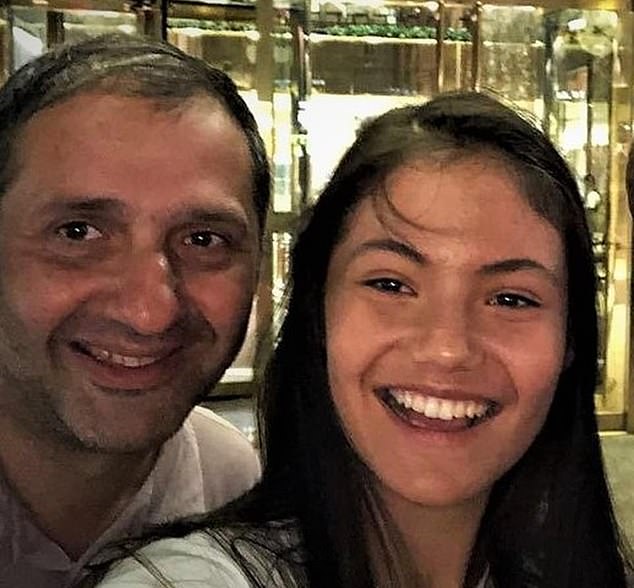 According to Harry Bushnell, who coached Emma between the ages of six and 11, Ian was the only tennis parent ever to have asked for their child’s training schedule to be scaled back ‘so she could do other things’

Renee and Ian Raducanu might not have been able to secure crucial visas to watch their only child make history in the US Open, but they’d have no truck with basking vicariously in her glory.

So instead they holed up elsewhere where they could follow her progress – privately, calmly, with dignity – and be free the minute she needed to talk.

Because Renee and Ian have never been the archetypal pushy tennis parents. This international pair – from Bucharest in Romania and Shenyang in China – are modest, self-contained and endlessly supportive of their talented daughter but, just like Emma, also unfailingly courteous and polite.

Astonishingly, not a single report of a cross word from any of them has emerged over recent days from coaches, players, teachers, neighbours, friends, colleagues – anyone, in fact.

Instead, there have been a slew of compliments about how ‘down to earth’, lovely, and hard-working they all are. What a tight, loving family they are. How their work ethic has inspired Emma’s focus. How attached they are to their cultural roots.

But, most of all, how Renee and Ian have done everything in their power to support, protect and inspire Emma in an incredibly stressful and competitive world which so often brings out the worst in families.

Emma credits her mother as being the source of her extraordinary self-belief and focus.

She has said: ‘My mum comes from a Chinese background – they have very good self-belief. It’s not necessarily about telling everyone how good you are, but it’s about believing it within yourself.’ 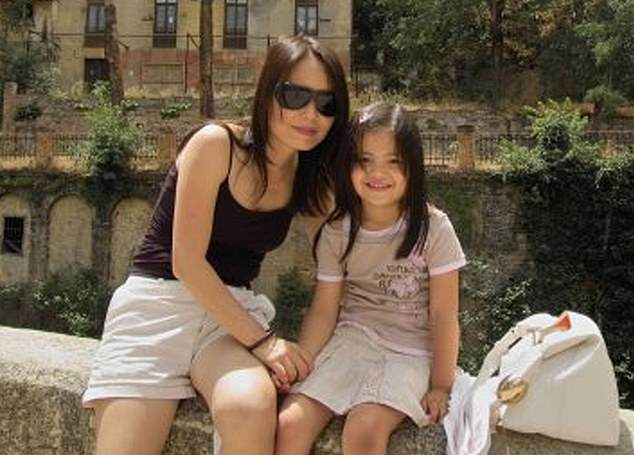 Both parents grafted and strived for their success, were determined to succeed as migrants in a new country and have always expected their daughter to do the same with grace, style and humility. Emma added: ‘I think it’s definitely helped me – the mentality that both of them bring.

‘They both come from very hard-working countries.’

The couple met in Canada, where Emma was born, but moved to the UK when she was two – to a rented flat in Bromley. Both took jobs in the financial services sector and worked their way up.

Of course, they pushed their only child – and pushed her hard. And not just in tennis, but ballet, horse-riding, swimming, table tennis, go-karting and even motocross.

For Renee – described by one friend as ‘very correct, very sure of herself, principled and just a lovely, positive person’ – school work was always just as important as the tennis. It was crucial that Emma had something to fall back on.

She needn’t have worried. Emma thrived at school, aced her GCSEs and A-levels and was hugely popular, somehow managing to slot back in on a Monday morning after an international tournament without causing a ripple.

While Renee managed Emma’s education, Ian has been the driving force behind her tennis.

At one point he was even rumoured to want her to have a different coach for each shot.

As Emma put it herself after the final, ‘My Dad’s definitely very tough to please, but I managed to today!’ According to Harry Bushnell, who coached Emma between the ages of six and 11, Ian was the only tennis parent ever to have asked for their child’s training schedule to be scaled back ‘so she could do other things’.

Sometimes even Ian was shocked at his daughter’s talent.

In 2011 at a Lawn Tennis Association assessment day and aged just eight, she pumped out an astonishing 48 press-ups in a minute. He said: ‘I didn’t know she knew what a press-up was!’

Somehow the couple also managed to ensure that neither her life, nor their relationship, was solely about tennis. Emma told reporters in New York: ‘I speak to my parents – we don’t really talk so much about tennis but they just really want to know how I am in these moments.’

Alongside all that tennis, they’ve ensured Emma has remained deeply connected to her wider family, taking twice-yearly trips to Shenyang – where she stays with her grandmother, chatters in Mandarin and lets her hair down at the local table tennis club – and to Bucharest where she stays with her other granny and raves about her amazing cooking,just like any teenager.

One sports insider said: ‘Emma is exceptionally well-adjusted. It’s scarcely believable how accomplished and impressive she is. Whatever the parents are doing, they’re doing it right.’

So after all that, it must have been a crushing blow to all three of them that they could not be there for the greatest moment of Emma’s career so far.

Not that Ian and Renee made a fuss about it. That’s just not their style. At Wimbledon this year, they didn’t even sit with the coaching team, but perched discreetly in the middle of the crowd for goodness sake.

For now, they’ll surely be willing their precious daughter home to Bromley as soon as possible and, in the meantime, hoping and praying that all their hard work and support will protect her and keep her strong and centred in the maelstrom she has created.

12/09/2021 Lifestyle Comments Off on JANE FRYER: Emma Raducanu was inspired by work ethic of her parents
Lifestyle