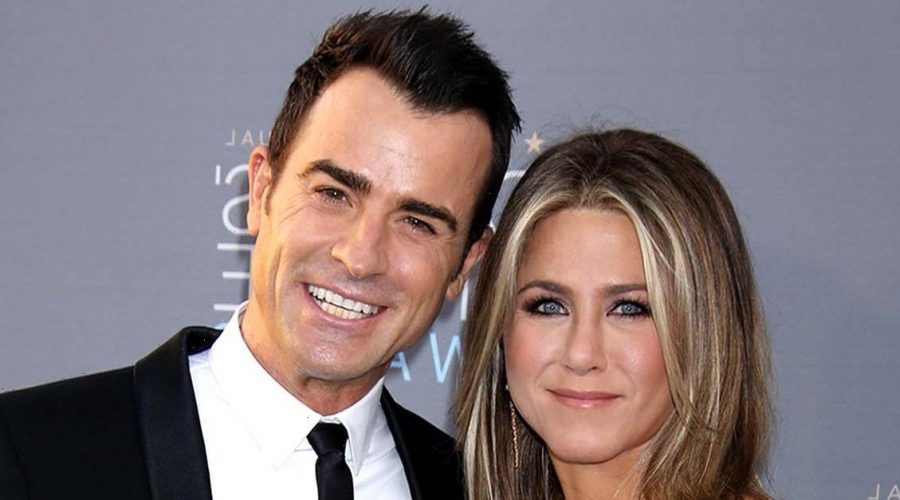 Forever and always! Jennifer Aniston showed her ex-husband Justin Theroux some love on his 50th birthday on Tuesday, August 10.

“Happy Birthday JT,” Aniston, 52, wrote via her Instagram Story alongside a photo of the Mosquito Coast star in a suit with his dog, Kuma, in the background.

The Friends alum shared a second snap of the birthday boy shirtless in a Nike visor with a rock emoji and red heart emoji beside it. “Truly one of a kind. Love You!” she wrote on the goofy photo. 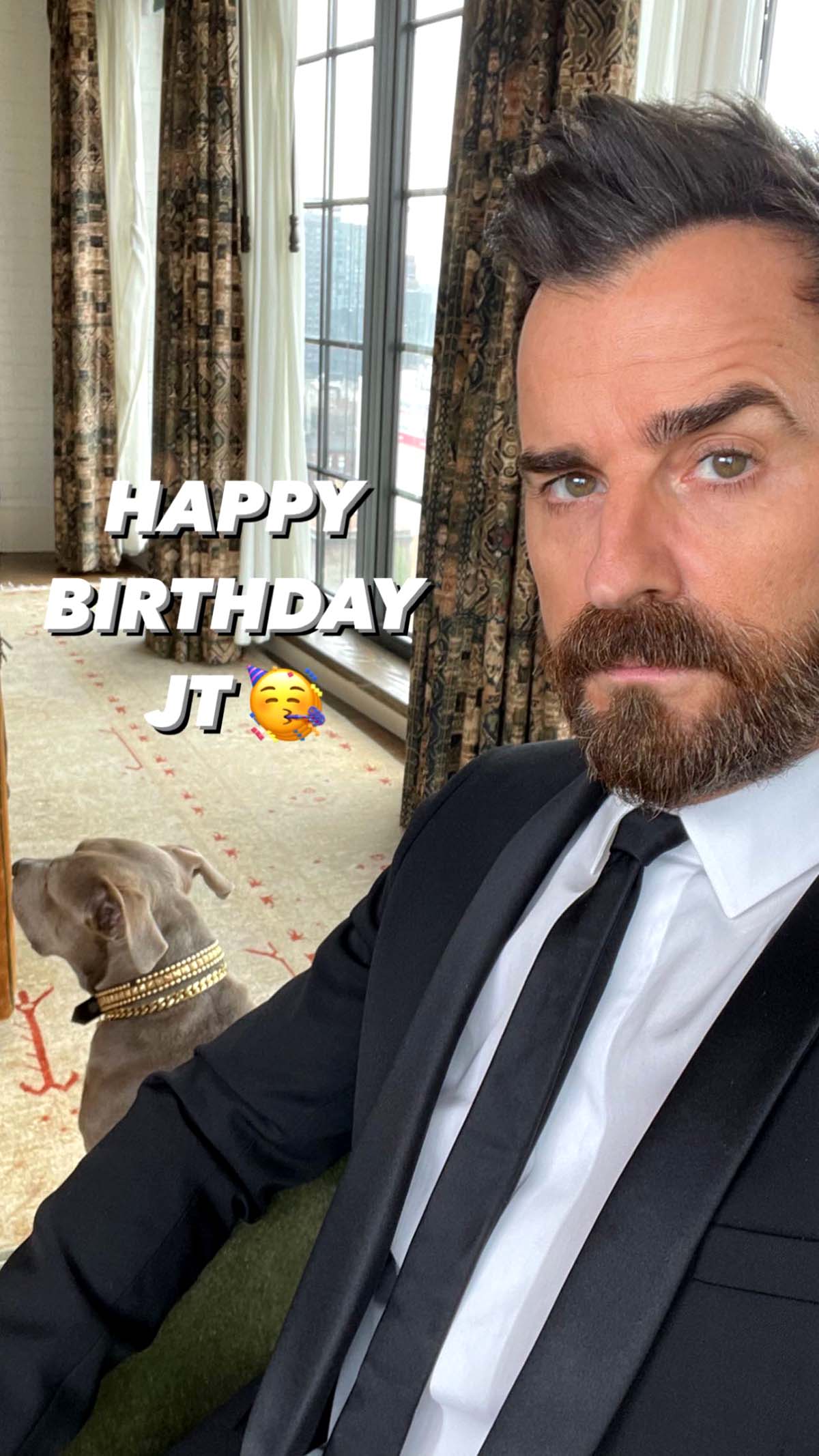 The Leftovers alum, who married Aniston in 2015 after four years of dating, opened up about their relationship in April after splitting in September 2018.

“I would say we’ve remained friends,” Theroux said in the cover story for Esquire‘s April/May 2021 issue. “We don’t talk every day, but we call each other. We FaceTime. We text. Like it or not, we didn’t have that dramatic split, and we love each other.”

Jennifer Aniston and Justin Theroux: The Way They Were

The Zoolander 2 writer, who first met the Cake actress in 2007 on the set of Tropic Thunder before reuniting to film 2012’s Wanderlust, noted that the pair have a strong bond. 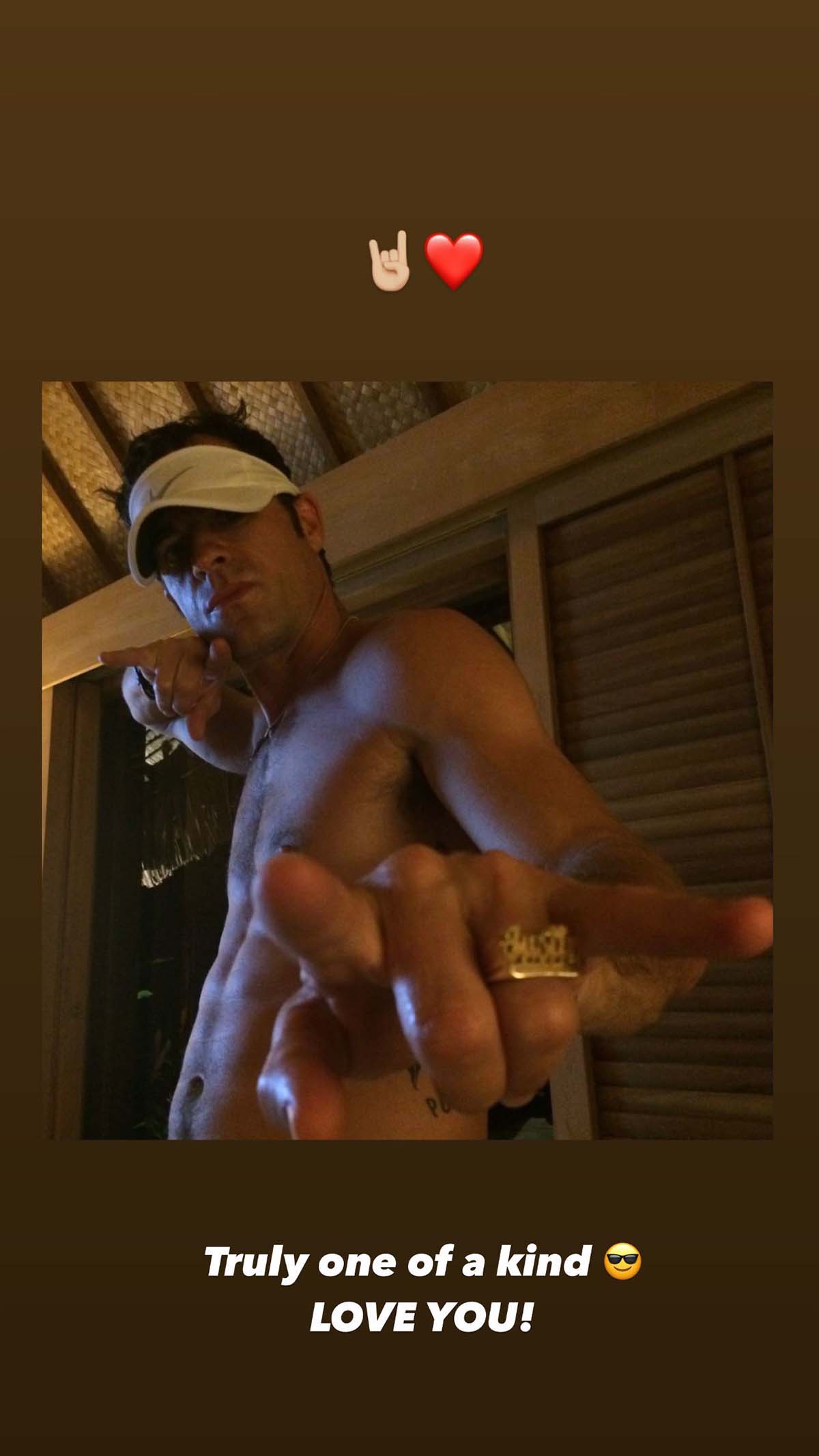 “I’m sincere when I say that I cherish our friendship. We can not be together and still bring each other joy and friendship,” he told the magazine. “Also, she makes me laugh very, very hard. She’s a hilarious person. It would be a loss if we weren’t in contact, for me personally. And I’d like to think the same for her.”

Theroux and Aniston have a history of singing each other’s praises in interviews and often post photos via social media in honor of each other’s birthdays.

The Bumblebee actor, for example, shared a sweet message via his Instagram Story in February to celebrate the Morning Show actress’ 52nd year around the sun.

“Happy birthday @jenniferaniston,” he captioned a black-and-white photo of Emmy winner at the time. “❤️ you B!”

Hollywood Love! Hottest Couples Who Fell in Love on Set

The former spouses have also reunited on occasion to celebrate holidays as a unit, including Thanksgiving in 2019. At the time, the twosome broke bread with some of their Los Angeles pals.

Theroux was previously linked to Heidi Bivens for more than a decade, splitting in 2011. Aniston, for her part, was married to Brad Pitt for five years before calling it quits in 2005. She later dated John Mayer and was briefly linked to Bradley Cooper before romancing Theroux.