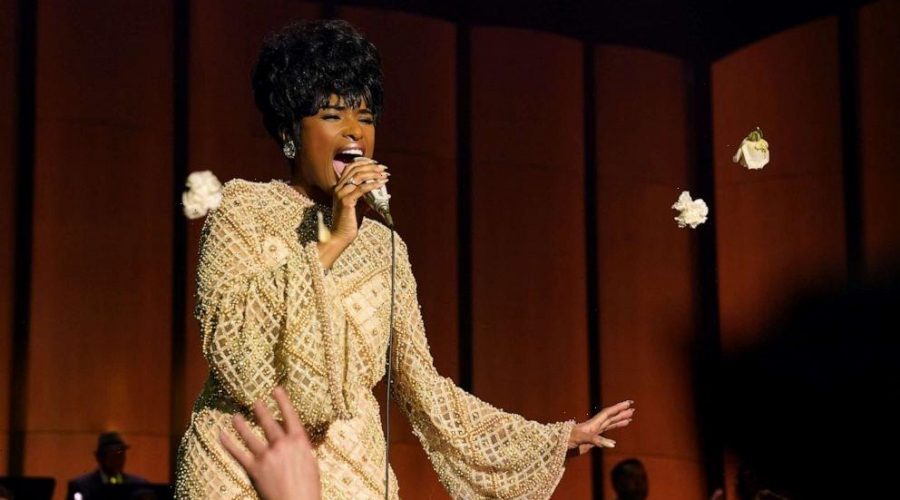 Jennifer Hudson is still feeling the emotional effects of playing the late Queen of Soul, Aretha Franklin, in the new biographical drama “Respect.”

Hudson told ABC Audio that, even though the film has long since wrapped, she still feels the gravity of getting to portray one of the most renowned vocalists of our time.

Thankfully for Hudson, who was personally picked by Franklin to portray her, she had the perfect cheerleader to motivate her along the way.

“[I]t was [Aretha’s] encouragement that got me through it,” the “American Idol alum revealed. “Like, who gon’ wake up and say they’re going to be the Queen of Soul — or even try? Nobody. Not even me…even with her singing. But, it was her encouragement to say, ‘You can do this,’ that made me say, ‘OK, if she said I can do this, then I’m gonna give it a try. And I’m gonna do my best.’ And that’s how I was able to get through it.

“And my faith as well,” Hudson added.