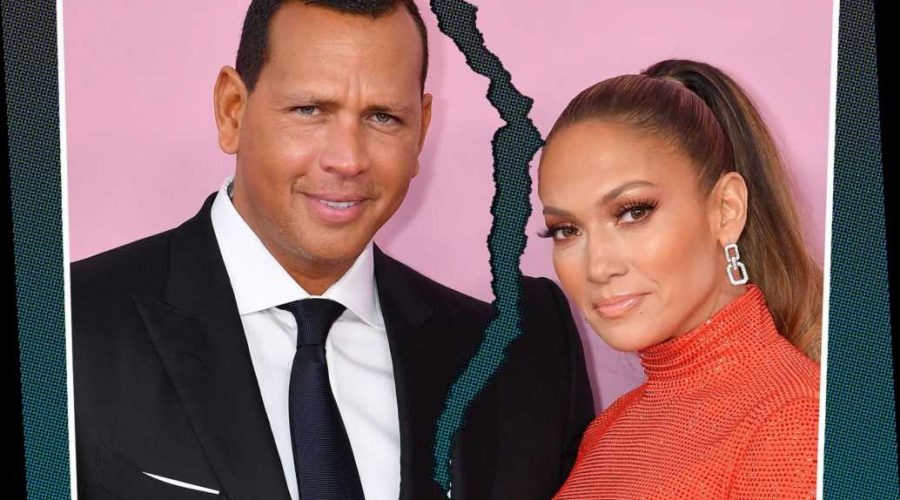 Chris Appleton says his new hair product will make you ‘feel like J.Lo’

They’ll be J-Rod no more.

Jennifer Lopez and Alex Rodriguez have broken up, Page Six has exclusively learned.

The superstar couple were photographed just last month blissfully hugging in the Dominican Republic, where Lopez, 51, is filming her latest movie, “Shotgun Wedding.” Reports this week said their twice-postponed wedding was back on track.

But Miami sources were telling Page Six that the couple was on the rocks and headed for Splitsville. A source familiar with A-Rod told us of the broken-up pair on Friday, “He’s now in Miami getting ready for baseball season, and she’s filming her movie in the Dominican Republic.”

On Friday, A-Rod, 45, posted a pic of himself on Instagram alone on a yacht in Miami, grimacing and staring at his cellphone with the caption, “Don’t mind me, just taking a sail-fie… What are your plans for the weekend?” (It seems his will be solo.)

Meantime, J.Lo posted a series of old clips of herself laughing in various TV appearances and interviews. She captioned the montage: “Find a good reason to laugh today… Sending everyone love.” The clips, set to a lighthearted jingle, were from interviews with David Letterman, Jay Leno, Jimmy Fallon, Jimmy Kimmel and Wendy Williams as well as her judging appearances on “World of Dance” and “American Idol.”

Earlier in the week, she also posted a sexy solo shot of herself lounging in a robe on a luxe bed during a break from shooting.

The stars announced their engagement in 2019, after having dated for over two years.

But they then postponed their wedding twice. Lopez revealed in December, “We had to cancel the wedding … because of COVID, because of the quarantine. And we actually did it twice, which people don’t know.” 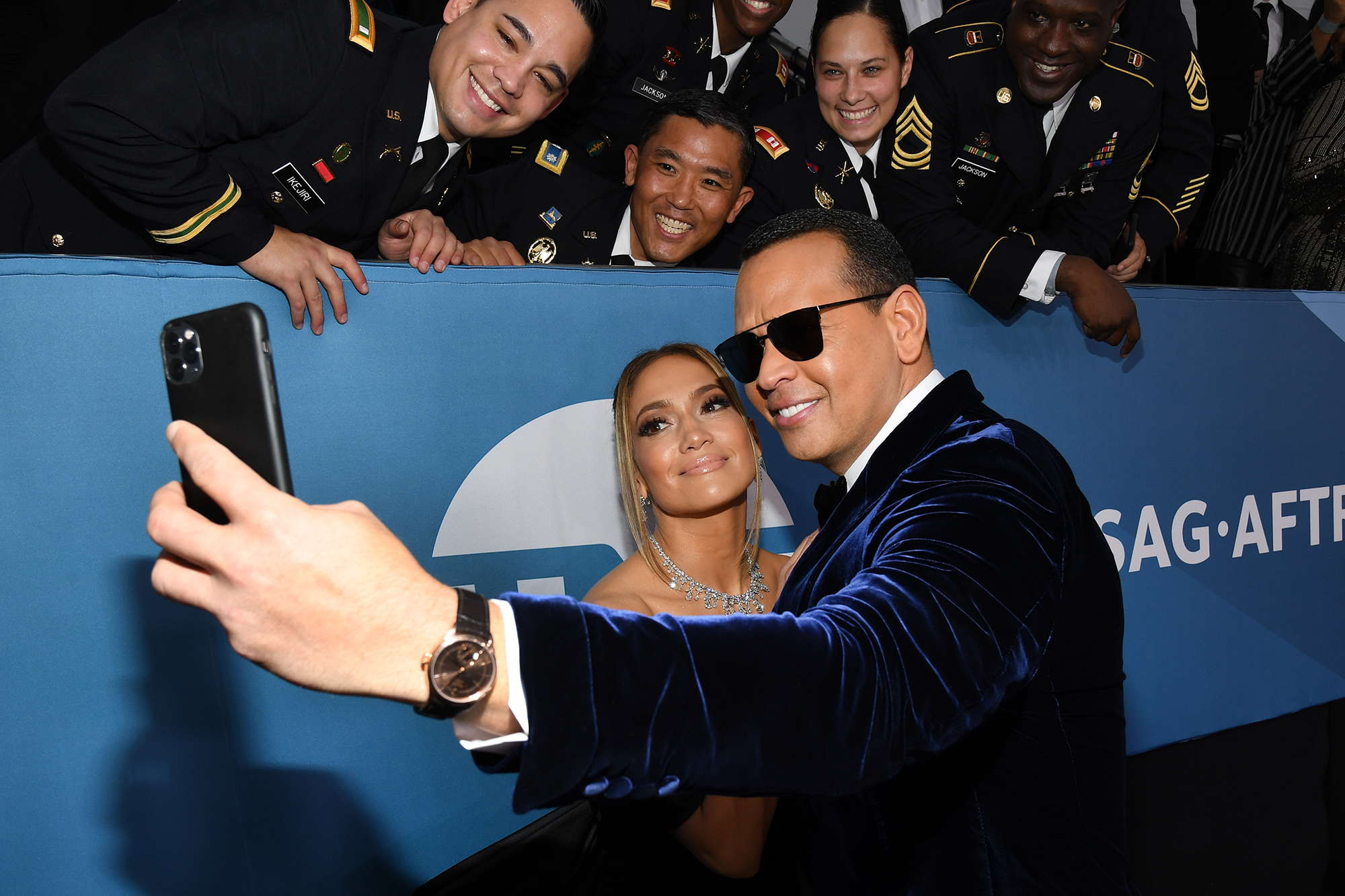 It’s unclear when the trouble in paradise for the engaged couple began. But the split comes on the heels of rumors that Rodriguez had been FaceTiming with “Southern Charm” star Madison LeCroy.

Sources close to A-Rod told The Post of the rumors last month, “He doesn’t know this woman,” and LeCroy exclusively told Page Six that she and A-Rod have “never met up,” but that they’d “spoken on the phone.” “That’s the truth,” she said, adding they’ve “never been physical … never had any kind of anything. Just an acquaintance.”

Lopez and Rodriguez then put on a united front amid the scandal, heading out to dinner in Miami and attending the Super Bowl together, where J.Lo had performed at the halftime show a year earlier.

In a recent interview, Lopez revealed that she and Rodriguez saw a therapist during their time in quarantine. “I think it was really helpful for us in our relationship,” Lopez said.

But apparently is wasn’t enough to keep them together in the end. 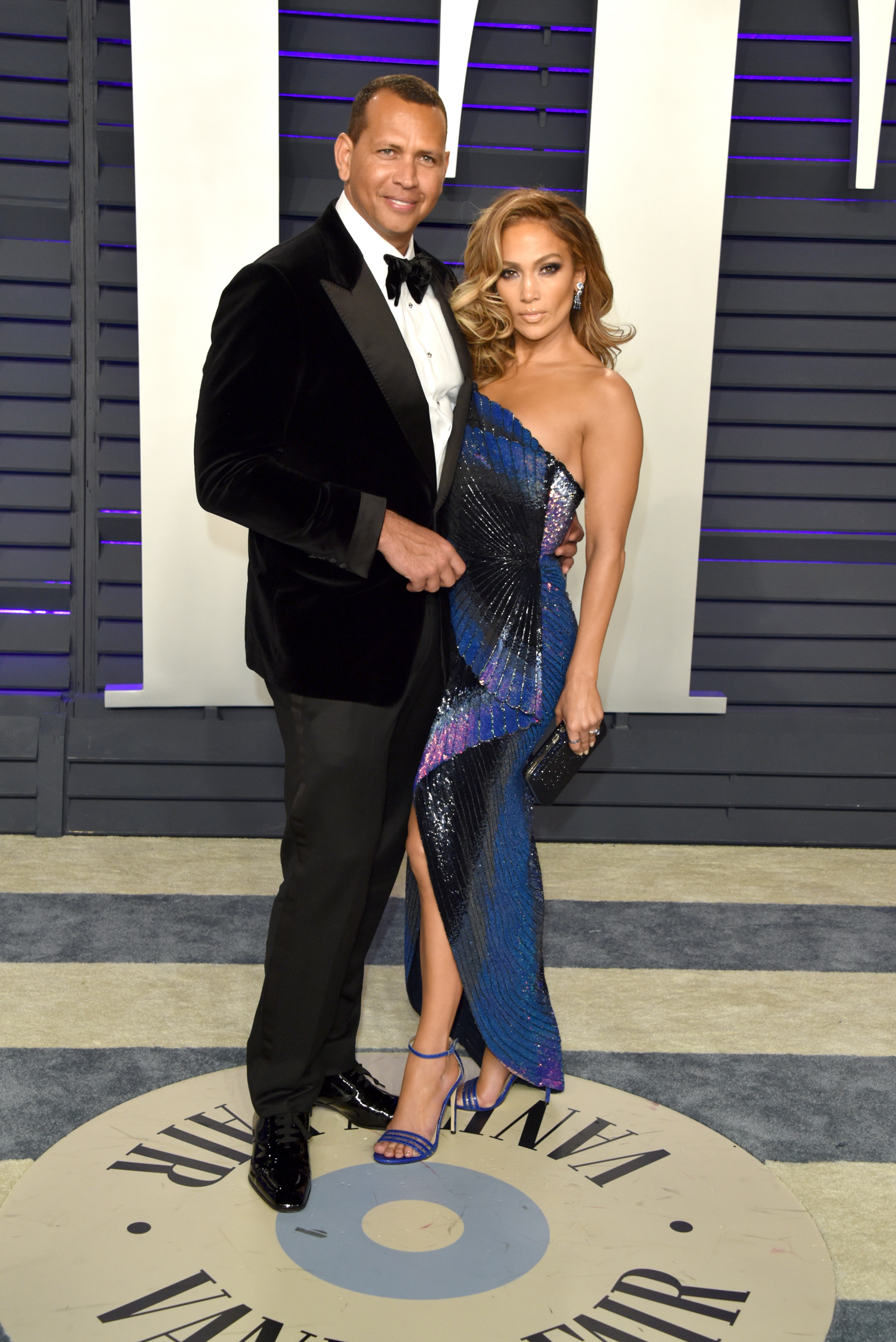 Lopez had also previously said of having to put off the wedding: “I think we just feel like, ‘Let’s just wait it out.’ There’s no rush, we’re good, everything’s cool and it’ll happen when the time is right. I feel like it’s not a huge priority to go and have a big wedding right now, that’s not what life is about.”

A-Rod joked on “The Tonight Show” in April: “Some people said, maybe we have a drive-thru wedding? It’ll be cheaper.”

Lopez has 12-year-old twins with ex-husband Marc Anthony, while Rodriguez is the dad of two daughters with ex Cynthia Scurtis.

While the couple weren’t married, they did have a penchant for snapping up property, and going into business together. They reportedly purchased a $40 million waterfront home on Star Island in Florida last summer, and had already flipped a Miami home with help from Chip and Joanna Gaines. They also bought and sold a Manhattan penthouse.

Last summer, the Hollywood star and the baseball legend tried unsuccessfully to buy the Mets together, but lost a bidding war to billionaire Steve Cohen.

A-Rod, who works for both ESPN and Fox Sports as a broadcaster, recently filed to raise $500 million in an IPO, with hedge fund Antara Capital, for a special purpose acquisition company called Slam Corp.

12/03/2021 Lifestyle Comments Off on Jennifer Lopez and Alex Rodriguez break up, call off two-year engagement
Lifestyle