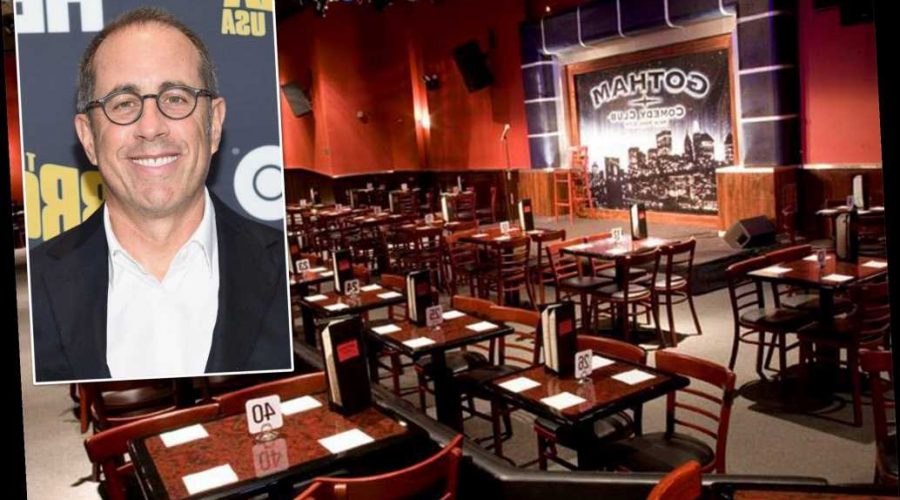 Happy Festivus! How to celebrate the ‘Seinfeld’ holiday for ‘the rest of us’

COVID-19 pandemic is turning us into readers again

Jerry Seinfeld is bringing comedy back to New York City.

“You better believe I will be on stage tonight,” he announced in a tweet Friday afternoon, adding, “Opening God Damn Night! NYC Lives!” In a second post he added that he would be “first on stage at 7:00pm.”

The in-person standup show, which is sold out, marks the reopening of the club — alongside other entertainment institutions as New Yorkers keep lining up for COVID-19 vaccines — after the coronavirus pandemic shut down venues across New York, and the world, last year. The club has hosted numerous A-list comics over the years, including Dave Chappelle, Chris Rock, Amy Schumer, Colin Quinn and many more.

His billing is part of a “Gotham All-Stars” line-up that kicks off Friday and Saturday.

Seinfeld’s appearance isn’t the only pick-up he’s given the city. He was also among the NYC celebs who lent their voices to the MTA for subway and bus announcements to give riders a boost and, perhaps, a much-needed chuckle.

Last fall he also slapped down Stand Up NY comedy club co-owner James Altucher for penning an essay last summer, in which he declared that NYC is “dead forever” due to the COVID-19 crisis.

“I didn’t like that nobody was rebutting it. Then I realized, ‘Oh, I guess that’s my job.’ Somebody, a real New Yorker, has to answer this,” Seinfeld told CBS’s “60 Minutes” in October, saying it was time to “get back to work.”

In February, the state jump-started a “pop-up” program to populate the city with performances in local parks and on subway platforms. New York City also started a free permit system for outdoor performances for struggling organizations. Unfortunately, the resurgence hasn’t been a save for all businesses: The East Village’s iconic Pyramid Club announced Thursday that it would not reopen after closing its doors more than a year ago.