They say distance makes the heart grow fonder. If that is true, Jessie J’s might just be about to burst. She is missing her boyfriend and “cuddle machine” Channing Tatum, and she shared an adorable tribute to him on her Instagram stories.

Jessie posted a selfie with Channing and wrote, “Missing this cuddle machine,” on the image. The photo shows the couple of one year side-by-side and smiling. And while Channing isn’t showing his cuddling skills in the photo, they still look absolutely adorable.

With her tribute, Jessie also ended the drought of couple pics. It’s been a long time, three months in fact, since Jessie has shared a photo with Channing on social media. The celeb couple have been dating since fall of 2018, but there are not nearly enough photos of them together. (Channing’s Instagram hiatus doesn’t help.) 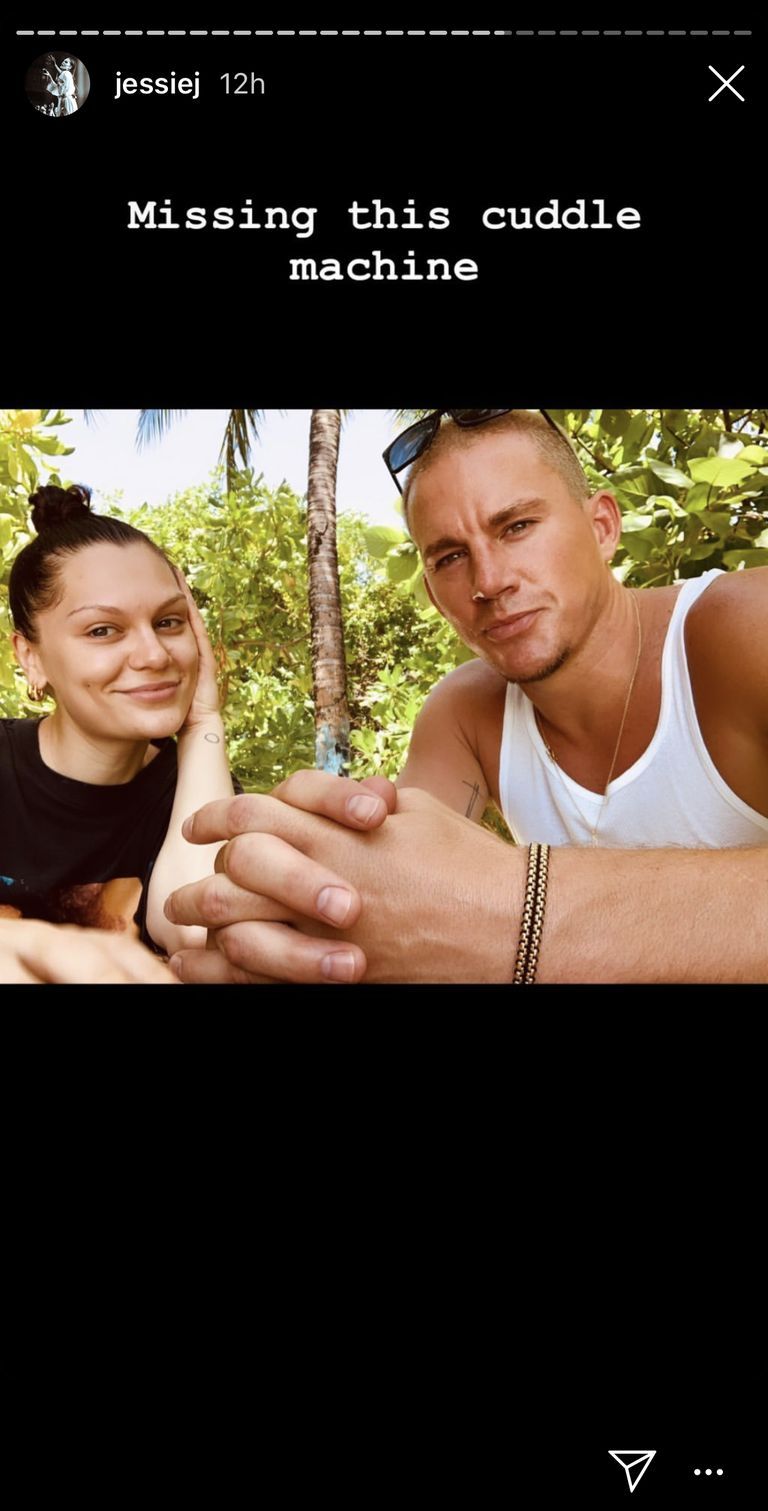 Back when he was participating in the social media world, Channing proved to be quite the photographer himself, especially when his subject was his gorgeous girlfriend Jessie. (Remember when he snapped an adorable and hilarious photo of Jessie’s ‘elbow nose’ earlier this year?)

Jessie has been touring the last few months, and Channing has attended many of her concerts. He was in the audience in Los Angeles when she debuted her romantic new song. Of course, fans thought Jessie’s love song was about Channing.

Keep the sweet photos with the cuddle machine coming, Jessie!