It’s time for another one…between DJ Khaled and Justin Bieber. The duo teamed up with 21 Savage for ‘Let It Go,’ and the song is fire!

If there’s one thing that DJ Khaled loves more than proclaiming his love for his sons, it’s working with his friends, and on his new album, Khaled Khaled, the producer teamed up with Justin Bieber. Three years after they worked together on “No Brainer,” the duo reunited for “Let It Go,” a track also featuring 21 Savage. Listen to it below!

“Let It Go” marks the third time that Justin and Khaled have collaborated. They first teamed up in 2017 for “I’m The One,” a chart-topping hit that also featured Quavo, Chance The Rapper, and Lil Wayne. They attempted to catch lightning in a bottle for a second time in 20018, with “No Brainer.” Chance, Justin, and Quavo reunited on the track, and while it was still commercially successful, it wasn’t as successful as the first team-up. Whether or not Justin and 21 Savage top “I’m The One” is up to whether or not Khaled releases the track as a single.

Considering all the names featured on Khaled Khaled, it’s hard to pick which should follow “Sorry Not Sorry,” the album’s third single (following “Greece” and “Popstar,” two Drake-featuring tracks that were released in 2020.) The album boasts Cardi B (“Big Paper”), Post Malone, Meghan Thee Stallion, Lil Baby and DaBaby (“I Did It”), Justin Timberlake (“Just Be”), Bryson Tiller, H.E.R., and Meek Mill (“I Can Have It All”) and more – including “This Is My Year,” a track featuring Rick Ross, Sean “Puff Daddy” Combs, Big Sean, and A Boogie Wit Da Hoodie. 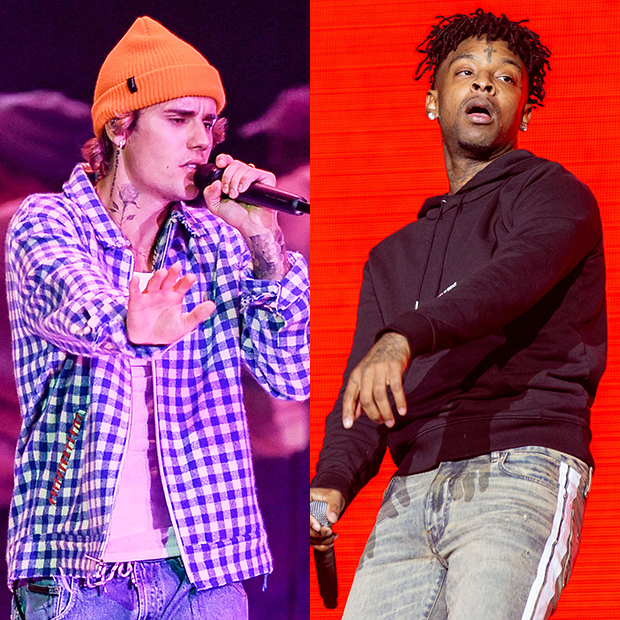 The chances of Justin joining Khaled for another one were high. “Justin is my brother and great friend that I have been blessed to work with so closely,” Khaled said on a March 2021 episode of his podcast, The First One, per Respect. “We came together for a special cloth talk, because we are ‘special cloth,’ where we discuss him starting at a young age, where he’s at now, what inspires him, and his new album, Justice.”

The question is – what did Khaled have to do to get Justin on “Let It Go.” Khaled told Billboard in 2017 that he approached Justin to be on “I’m The One,” and got invited to meet Bieber at his Beverly Hills mansion. “I hung up, jumped in the Rolls and brought a PA just to make sure I presented [the beat to the song] right,” says Khaled. They ended up listening to the track in Justin’s truck (which Khaled noted has “stars in it, a reclining fur seat, shit like a movie”) before Justin agreed. But, before Khaled left, Justin made him play a round of ground hockey. “I took a beating for that song,” said Khaled.

“His energy is infectious,” Bieber said of Khaled in 2017. “He’s got an amazing ear for hits, and when I heard the beat for this track, [Bieber’s collaborator] Poo Bear and I decided to jump on and write the hook. Khaled is a good friend and a lot of fun to be around, and when he believes in something, he makes you believe.”