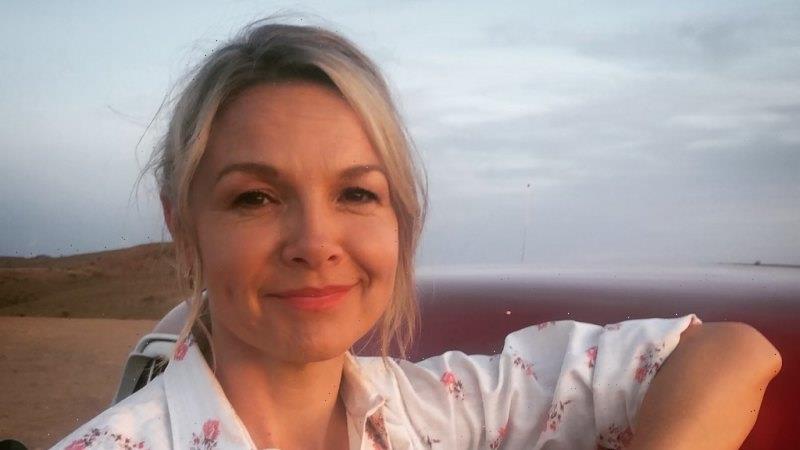 “You know when you find the first person that speaks to you?” asks actor Justine Clarke. For her, it was American country singer Loretta Lynn, a surprising choice for a city-based teenager on the other side of the world. But Clarke was an aspiring muso and the legendary Lynn struck a chord.

“It’s simple story-telling but it has a mythological aspect to it,” Clarke says. “A lot of her songs are about growing up in a very poor family: she’s a coalminer’s daughter in the backwaters of the American south and from there, creating her own legend. As a young artist, that’s a very inspiring story to hear.

“So many things — her very direct and honest, beautiful singing voice. The other aspect of that is it was a music from far away; it wasn’t something I felt connected to in my own country.” 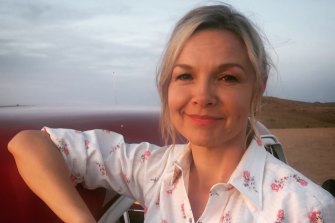 Justine Clarke has a personal connection to country music.

A fan of the genre with a curious mind, Clarke is an ideal choice to host Going Country, ABC TV’s two-part documentary tracing the evolution of Australian country music. Her first band, the Honkytonk Angels, was country. She describes her role in the show as something other than presenter. “That’s the part the audience sees but there’s this immersive element — it’s a collaborative process with producers and writers and directors,” she says — and the interviewees, of course.

Clarke hits the road in a 1959 FC Holden and travels through regional NSW, parts of Victoria and then Melbourne and Sydney. Along the way, she interviews Kasey Chambers, Paul Kelly, Troy Cassar-Daley and Fanny Lumsden, among others. She likens rolling into a place with a film crew to the circus hitting town: “People are always so overjoyed to see you and they always want to give you as many honest and insightful answers as they can. For me, it’s a really immersive way of learning.”

“This trip was very special for me — it made me feel I could own it. Because I was from the city, I hadn’t felt like I could claim [country music],” Clarke says. “To hear this way of story-telling, to hear all these artists and academics speak about it, I just felt it was part of me and I was allowed to be part of that story.” 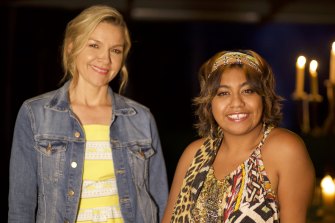 Director Kriv Stenders was the opposite of Clarke — not a fan of the genre until a few years ago when he made a documentary about Slim Dusty and his wife Joy McKean. Best-known for Red Dog, Stenders says he felt he’d only scratched the surface of country music, so welcomed the chance to dig deeper.

“I had my country music epiphany on that film and sort of fell in love with the whole genre,” he says. “You may have an opinion about country music or maybe a prejudice about it, but they are brilliant songs. Like all great art, it’s deceptively simple … I realised they are incredible songs, beautifully written and timeless. Ultimately, they are always about story. That’s what I connected to as an art form.”

The project was slightly daunting, given the breadth of the subject and just two hours of show time to play with. “My idea was to pick six iconic songs and build a history around them, to explore themes and ideas instead of a chronological history,” he says.

It’s a clever treatment, allowing an insight into different elements of country music, kicking off with Wild Colonial Boy as Australia’s first country music track and ending with a contemporary song performed by Clarke.

The series suggests country music was “the punk music of its time”. “It was young people’s music, it was rebelling against the city toffs, it was useful, and it had an edge to it,” says Stenders. 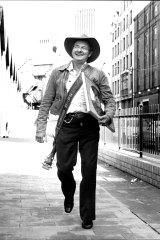 Truth-telling through the genre is a strong theme of the show, an idea explored by several interviewees, including novelist/singer Nardi Simpson, who makes compelling watching.

“What I love about Nardi was that whole story of connecting Aboriginal people with white folk and country music, the way that it’s a binding genre, and I loved that idea that it’s a real point of connection for both cultures,” Clarke says. “And the idea that before there was any music here that we [as Europeans] brought, there was the music of country. I love that way of connecting it back to the land that we all live on.”

So many stories are documented through country music — simple, life-affirming tales of love and family, stories of grief and loss, historic moments, politically charged sentiments — while others contain revelations. For Clarke, connection is one of hallmarks of the genre, inspired by the many country artists, led by Slim Dusty, who toured incessantly through small towns and big.

“I love that artists since the 1930s and 40s have been navigating some of the roughest roads in Australia,” she says. “I hope that people will really listen to these songs and find something in them that connects with them and be reminded that we do cherish music in this country, that it’s in every corner.”

Highlights include a collaboration between Troy Cassar-Daley and Briggs, who reworked Cassar-Daley’s Shadows on the Hill — about a massacre of Aboriginal people near where he grew up — released this month as Shadows. “It’s an amazing song in its own right but it’s absolutely incendiary when performed by Troy and Briggs,” says Stenders.

Another showstopper is the extraordinary rendition of My Brown Skin Baby They Take Him Away by singer/songwriter Emily Wurramara. The song was written in 1970 by Bob Randall of the Yankunytjatjara people from central Australia and is often referred to as an anthem for the Stolen Generations; he was forcibly removed from his mother when he was seven years old. “The editor and I, every time we had to cut that tune, we ended up in tears,” says Stenders.

Since filming Going Country, Clarke has been playing guitar every day, honing her skills and writing new material. “It was really inspiring to get the opportunity to talk really frankly about what music means to [the artists], what they feel their value is and to hear their thoughts on music. The thing about this show that’s so beautiful is it reminds us of the power of music … It’s what makes us human.”

Going Country is on ABC, Tuesday, 8.30pm and iview.