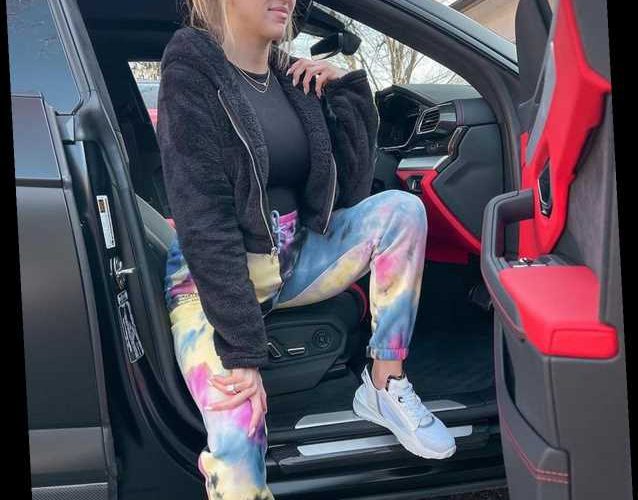 Brittany Matthews has a new ride!

The expectant mother — who is engaged to Kansas City Chiefs quarterback Patrick Mahomes — posted a picture to her Instagram page on Monday showing off the black and red interior of her new vehicle. While she doesn't say what model vehicle she received, TMZ speculated it resembled a Lamborghini Urus SUV, worth more than $200,000.

In an Instagram Story, 25-year-old Matthews shared a video of her driving with the new set of wheels, which she called "Mom Car."

"Nothing like waking up at 8am to a new car on Monday," Matthews said on Twitter. "@PatrickMahomes YOU THE BEST."

Matthews and Mahomes met while attending Whitehouse High School in Whitehouse, Texas. According to Yahoo! Sports, the two have been dating since the 10th grade. The gift from her soon-to-be-hubby comes as he prepares to take on the Cleveland Browns on Sunday in the Divisional Round of the NFL Playoffs. The matchup is a "win or go home" elimination game.

Mahomes and the Chiefs are attempting to defend their Super Bowl title, which they won last year against the San Francisco 49ers.

Since then, Mahomes and Matthews have had nothing but positive news.

Mahomes and the Chiefs agreed on a $450 million extension that included a $140 million injury guarantee and is considered one of the largest sports contracts in history.

Later that month, Mahomes surprised the sports world when he became a part-owner of the Kansas City Royals. By joining the Royals' ownership group, Mahomes became the youngest part-owner in sports history, CNBC reported.

In September, Mahomes and Matthews became engaged and announced later that month that they are expecting their first child together.

If Mahomes and the Chiefs make it past the Browns this weekend, they will either face the Buffalo Bills or the Baltimore Ravens for the AFC Championship. From there, the winner will go to the Super Bowl, taking place at at Raymond James Stadium in Tampa, Florida, on Feb. 7.