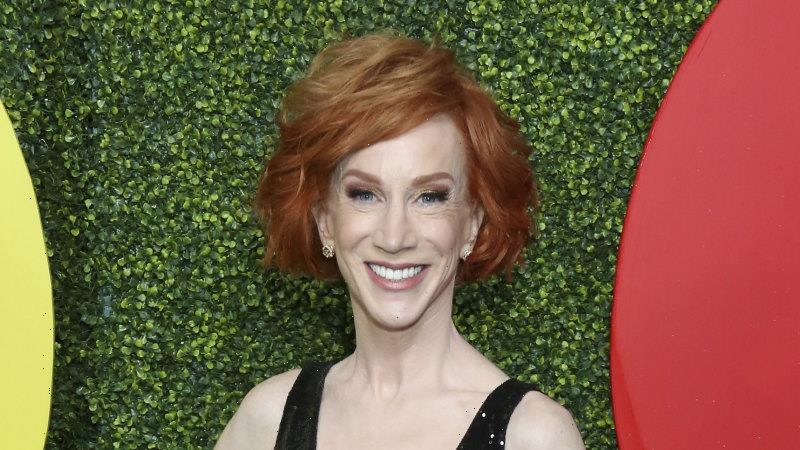 Kathy Griffin has been diagnosed with stage 1 lung cancer, the veteran comedian and actor announced on Monday on social media.

In a statement shared to Instagram and Twitter, Griffin revealed her condition before undergoing lung surgery, adding that she is “fully vaccinated” against COVID-19. 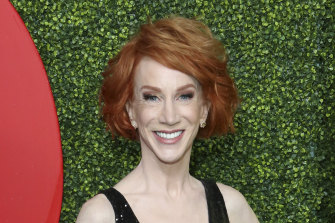 Kathy Griffin said she was undergoing treatment for lung cancer.Credit:AP

“I’ve got to tell you guys something,” she wrote. “I have cancer. I’m about to go into surgery to have half of my left lung removed. Yes, I have lung cancer, even though I’ve never smoked!

“The doctors are very optimistic as it is stage one and contained to my left lung. Hopefully no chemo or radiation after this and I should have normal function with my breathing. I should be up and running around as usual in a month or less.”

In March 2020, Griffin was hospitalised with an abdominal infection and claimed she was unable to get tested for the novel coronavirus despite falling severely ill and “showing UNBEARABLY PAINFUL symptoms,” she tweeted at the time.

Griffin documented her experience in a “#COVID19 isolation ward room in a major hospital ER” on social media in response to then-president Donald Trump’s claim that the United States had outpaced South Korea in coronavirus testing.

On Monday, the Crank Yankers performer described her diagnosis and urged others to be diligent about their own medical care.

“It’s been a helluva 4 years, trying to get back to work, making you guys laugh and entertaining you, but I’m gonna be just fine,” she said before disclosing her COVID-19 vaccination status.

“The consequences for being unvaccinated would have been even more serious. Please stay up to date on your medical check ups. It’ll save your life. XXOO, KG.”

The stand-up comic was admitted to Cedars-Sinai Medical Centre in Los Angeles last year at the beginning of the health crisis after suffering “incredibly intense pain, vomiting, diarrhoea, every 20 minutes,” according to her husband.

While hospitalised, the Suddenly Susan alum received a chest X-ray that showed healthy lungs. Due to her lack of lung complications, fever and cough, Griffin did not qualify for COVID-19 testing, per CDC guidelines, despite exhibiting other symptoms of the respiratory illness.

“I just think it’s so obvious that those tests have to be accessible to everybody,” Griffin told the Los Angeles Times in March 2020. “A lot of people, when they hear the president saying everyone who needs a test should get one, they shouldn’t have to then go to a hospital where, frankly, they may be exposing themselves or exposing others.”

Griffin has long been a vocal critic of Trump. A 2017 photo shoot in which she posed with a bloody replica of Trump’s head nearly ended her career – resulting in an addiction to painkillers and attempted suicide.

“The irony is not lost on me that, a little over a year ago, all I wanted to do was die,” Griffin recently told ABC News upon discovering a cancerous tumour in her left lung. “And now, all I wanna do is live.”

In conversation with ABC News, Griffin was still reeling from the shock of her current illness, while acknowledging her relatively positive prognosis.

“When you’re a comic, the doctors all wanna be funny,” she told ABC. “I love when they try material on me, like it hasn’t been happening to me for 40 freaking years. …

“He’s like, ‘Well, you know, the lung is actually a couple of balloons. And so we basically just deflate the lower balloon – remove it. It’s kinda like taking out a used condom. You can use that,’ … And I’m, like, ‘OK. Why don’t you do the surgery and I’ll do the jokes’.”

If you or anyone you know needs support call Lifeline on 131 114.