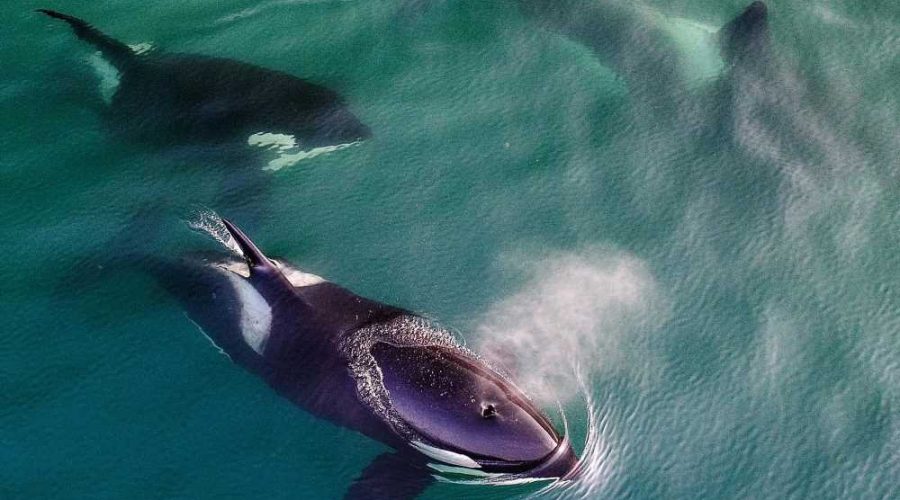 Whale puke is worth a big ‘chunk’ of cash

The yearlong aggression of orca pods against boats off the coast of Spain and Portugal continues unabated.

By October of last year, there were 33 bizarre “revenge” attacks by killer whales off the coast of Spain and Portugal and it seems they’re not done yet.

A video taken by fishermen in the Straights of Gibralter on April 3 shows the men valiantly fighting off a pod of the angry sea mammals as they attack the boat and break its rudder.

In a video published by The Daily Mail,  the captain, Antonio Busse, 40, is seen fighting off the orcas with a pole while screaming at them to “piss off!” “Mamma Mia!” and “get off the (bleeping) boat!”

Other crew members are seen throwing items into the water to try and frighten away the angry pod of four, to no avail, and one large killer whale can be seen swimming underneath the boat — causing the crew to scream in fear. Another video shows the orcas threateningly circling the boat and breaching the surface nearby.

At first, the crew “heard a strange noise and rushed to the top of the ship” thinking they may have hit a container – but “quickly realized that killer whales were playing around the ship instead, trying to hit it,” Captain Busse told The Real Press.

The killer whales finally managed to break the rudder after they hit it repeatedly.

The orcas finally left after a flare was lit, successfully scaring the killer whales away.

While orcas in other parts of the world usually leave boats alone, the last year has seen mounting aggression from them in this area of the world, confusing scientists.