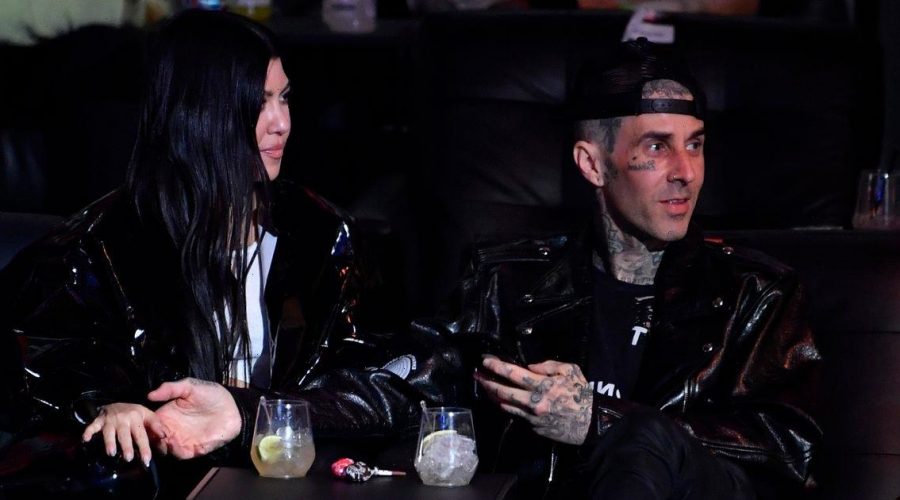 With Kourtney Kardashian and Blink-182 drummer Travis Barker's red-hot romance going full steam ahead, friends of the reality star are hoping the pair might head down the aisle soon.

“Can we start wedding planning yet? You guys are the cutest,” Kardashian's best friend Tracy Romulus wrote under a PDA-filled Instagram picture of the couple, who were first linked in January.

Should the 45-year-old musician decide to get down on one knee in the future, experts tell OK! that the 42-year-old mum may favour a “timeless” engagement ring design – not unlike the classic, albeit gigantic, cushion-cut sparkler her younger sister, Kim, accepted from now-ex Kanye West in 2013.

“Kourtney’s refined style would lend itself to something with classic, clean lines and a traditional centre diamond, like an emerald or round cut on a solitaire or pavé setting,” Shannon Delany-Ron, the CMO of JamesAllen.com, said.

But Kardashian’s been dressing noticeably edgier since she began dating her rocker beau, stepping out for dates in T-shirts adorned with explicit song lyrics, head-to-toe vinyl and more – not to mention shocking fans with those steamy Instagram snaps.

”[She] could very well surprise us all with a fancy-shaped diamond ring with some added accent details,” Delany-Ron added.

Kathryn Money, the SVP of merchandising and retail expansion of Brilliant Earth, also anticipates Kardashian will go for a “trend-forward” ring with a fancy cut and diamond-adorned band.

Meanwhile, Kardashian – whose exes include Younes Bendjima, Luka Sabbat and longtime love Scott Disick – has never been engaged, but she almost slipped a ring on her finger a few years back.

On a 2017 episode of KUWTK, Disick revealed that he had proposed to Kardashian, presenting her with a Lorraine Schwartz ring Kim called “really nice”.

“It was somewhat cute and then we just got scared about, like, media and this and that, and we were like, ‘Let’s just put the ring aside and we’ll talk about it another day.’ Never spoke about it again,” the streetwear designer – with whom Kardashian shares sons Mason, 11, and Reign, 6, and daughter Penelope, 8 – said at the time.

Here’s hoping the Poosh founder’s next proposal pans out, and that Lorraine Schwartz is getting her ring options ready.