“You can get lucky to have good people come into your life to help shape who you become,” the “Ladies of London” star wrote in a heartfelt tribute post shared to Instagram Wednesday.

”To make you better, for your next chapter, a better friend, wife, mother. Bob did that. May angels be near you old friend and may they be laughing.”

She added, “My thoughts to his wife, children, friends, family and their broken hearts. 💔”

Angus dated Saget in her 20s after he and his ex-wife Sherri Kramer divorced in 1997.

“I dated some big jerks in my 20s,” she joked on her Instagram Story, sharing a throwback pic of her at a party with Saget. “He was not one of them.” 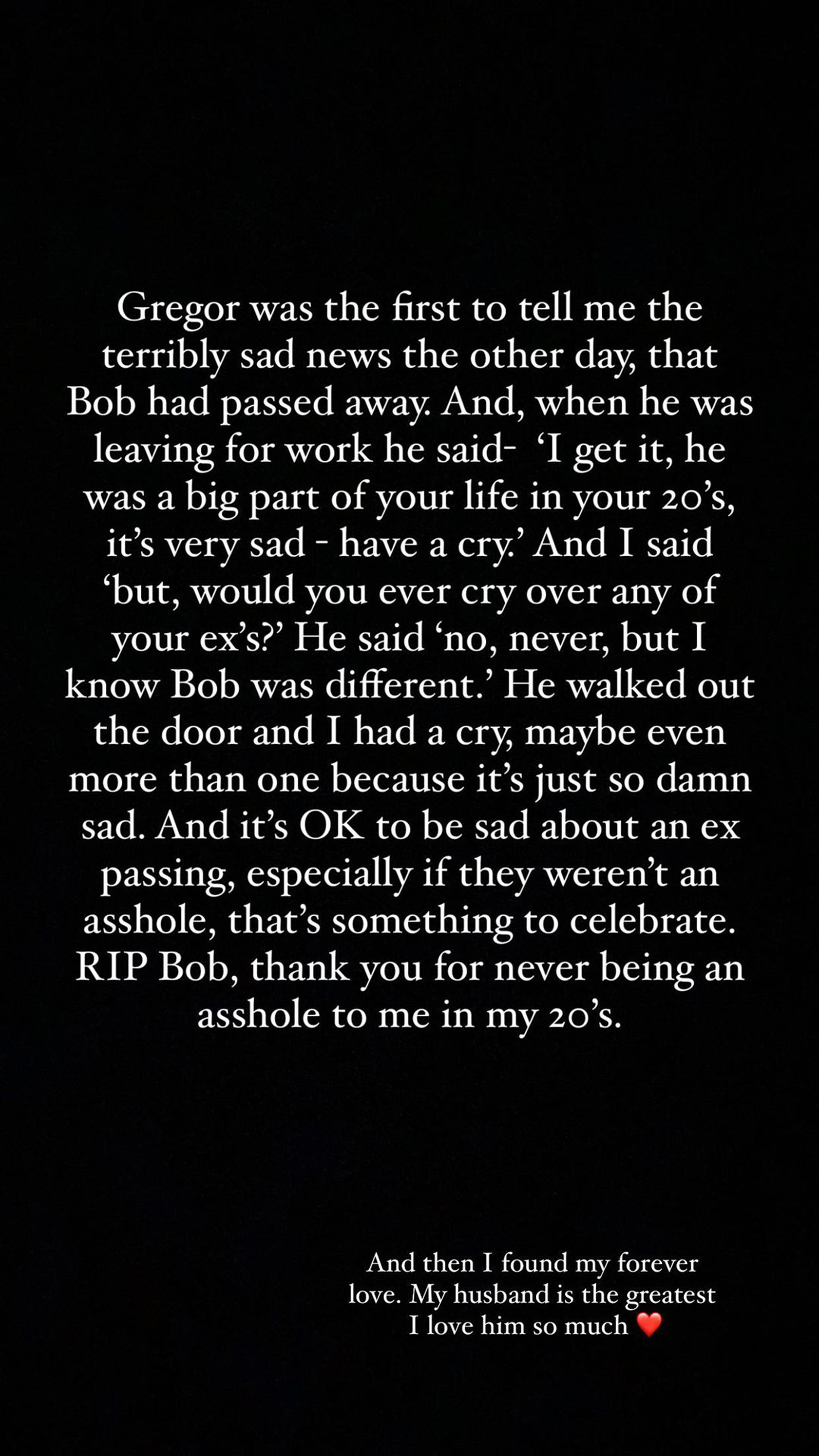 In another post, Angus remembered Saget as “a kind soul” who was “young at heart.”

“[He] could make everyone laugh and one of the best friends you could have,” she wrote. “He was loved and adored by anyone who met him.”

Angus revealed that her husband, Gregor Angus, was the one who broke the heartbreaking news about Saget’s death to her, suggesting she have a “big cry,” because “Bob was different” than her other exes. 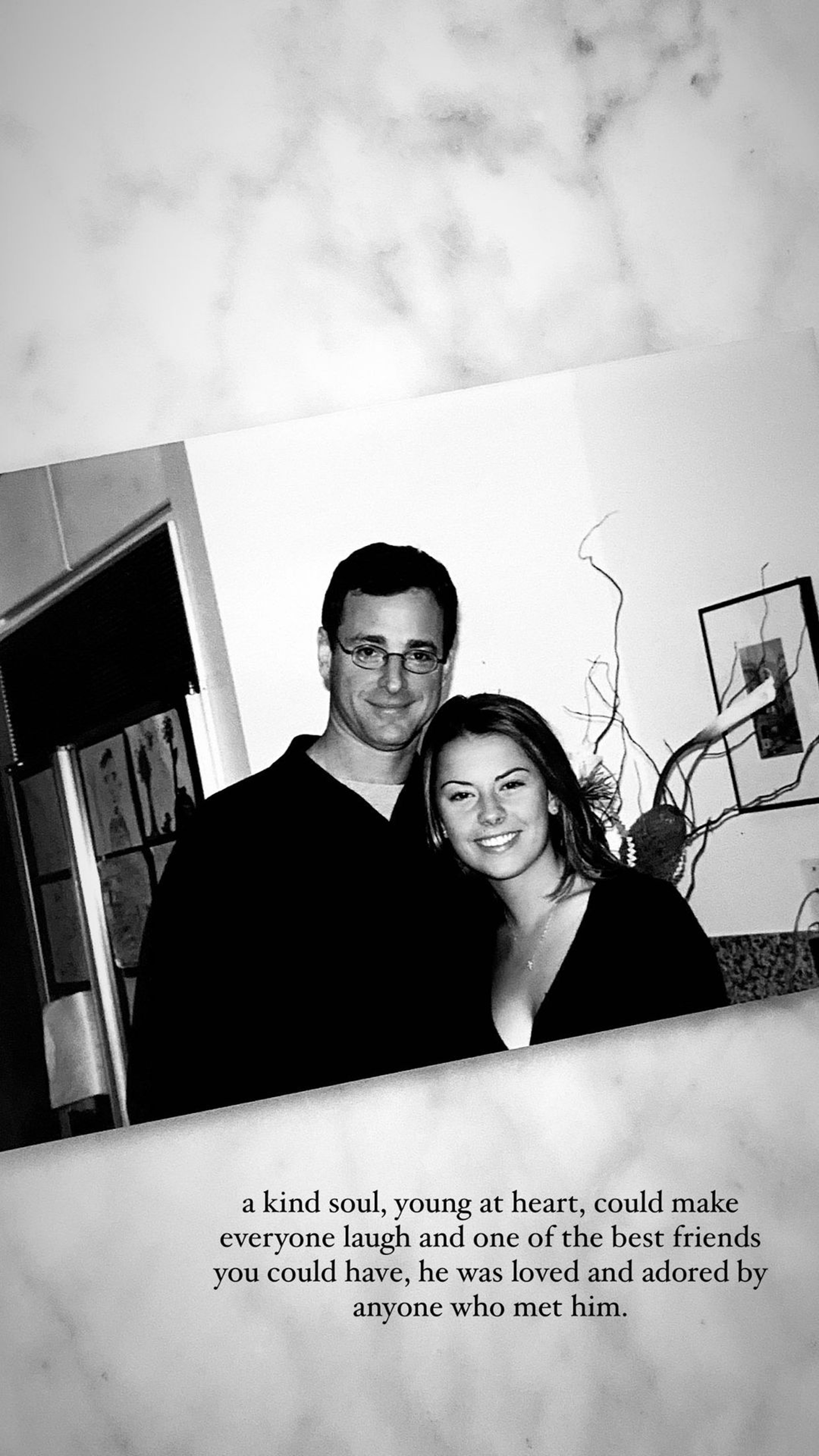 “I had a cry, maybe even more than one, because it’s just so damn sad,” she shared via her Instagram Story. “And it’s OK to be sad about an ex passing, especially if they weren’t an a–hole. RIP Bob thank you for never being an a–hole to me in my 20s.”

Saget was found dead in his hotel room at the Ritz-Carlton Orlando on Jan. 9. He was 65. No official cause of death has been released, but the Orange County Sheriff’s Department said they found “no signs of foul play or drug use.”

Angus joins the dozens of other celebrities mourning Saget’s death.