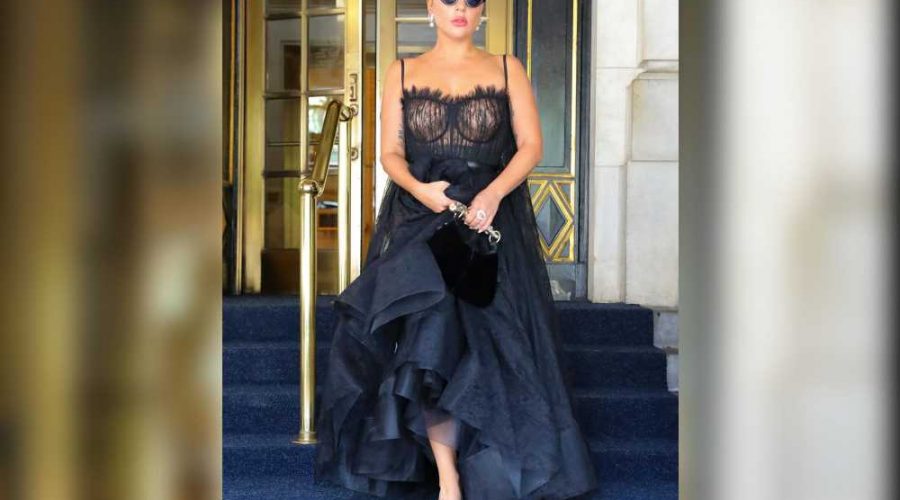 Lady Gaga practically pops out of her top on Instagram

The biggest bombshells from the ‘Friends’ reunion

That’s one way to keep cool.

Lady Gaga stepped out in NYC amid the raging heatwave on Wednesday, wearing a sheer black lace gown by Alexander McQueen with nothing underneath but a pair of black briefs.

The corseted look features a dramatic caped back, and Gaga paired it with a vintage Tom Ford for YSL purse ($1,500), Gentle Monster cat-eye sunglasses ($270) and a sleek, chic updo.

The pop superstar, 35, has been leaning into glamorous, retro-tinged styles during her trip to New York; on Tuesday, she kicked off her visit in a pink polka-dot dress ($1,503) by Alessandra Rich paired with white pumps and a matching mini Fendi purse. 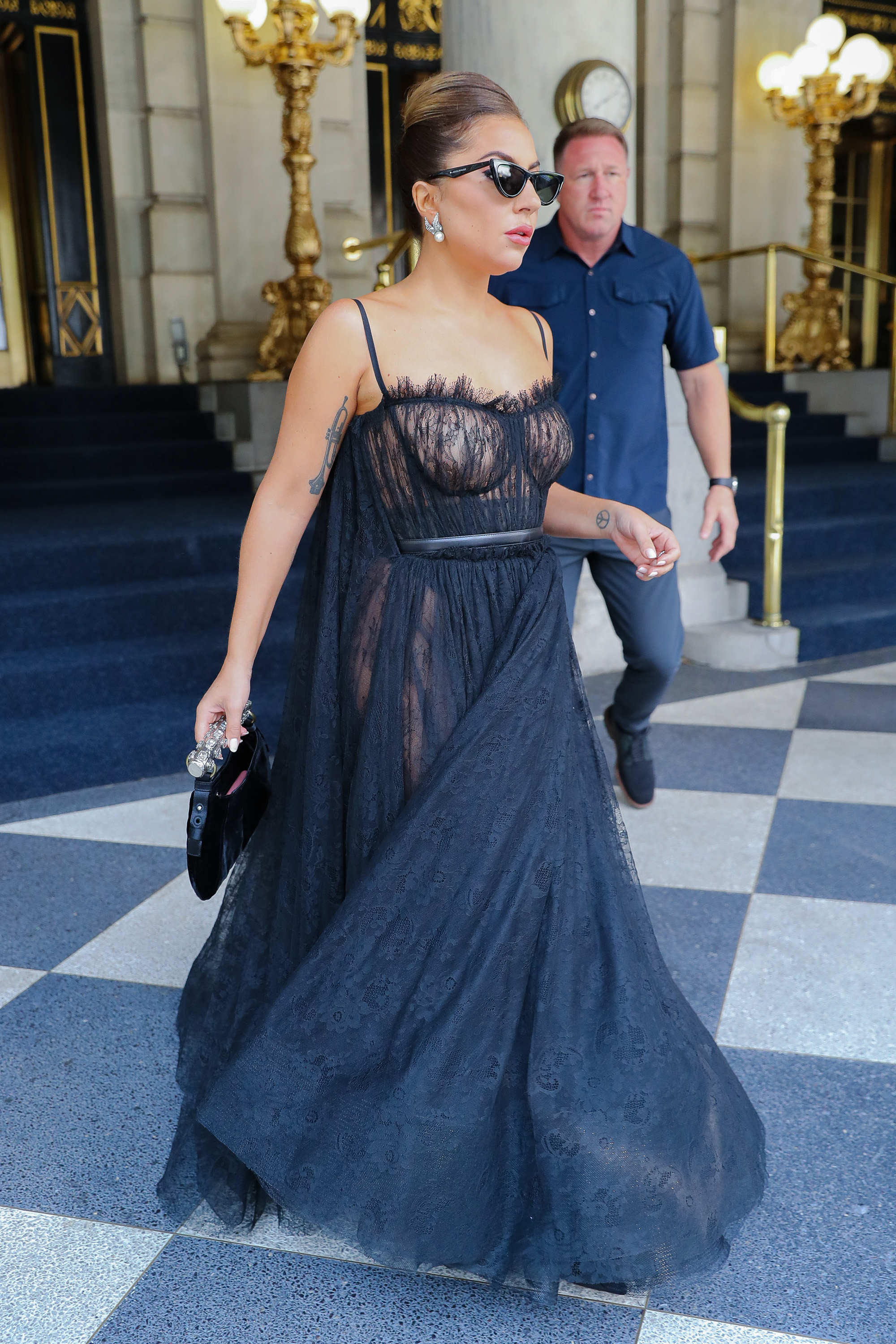 And later on Wednesday, she changed into a black-and-white Giuseppe Di Morabito frock with puff sleeves and a curve-hugging slit skirt.

Perhaps Gaga is simply getting into character ahead of her performance with Tony Bennett on Friday.

In their first collaboration since the musical duo released their 2014 jazz album “Cheek to Cheek,” Gaga and Bennett, 94, will grace the “MTV Unplugged” stage together to perform “fresh renditions off their brand new jazz standards album,” along with “a handful of surprises.” 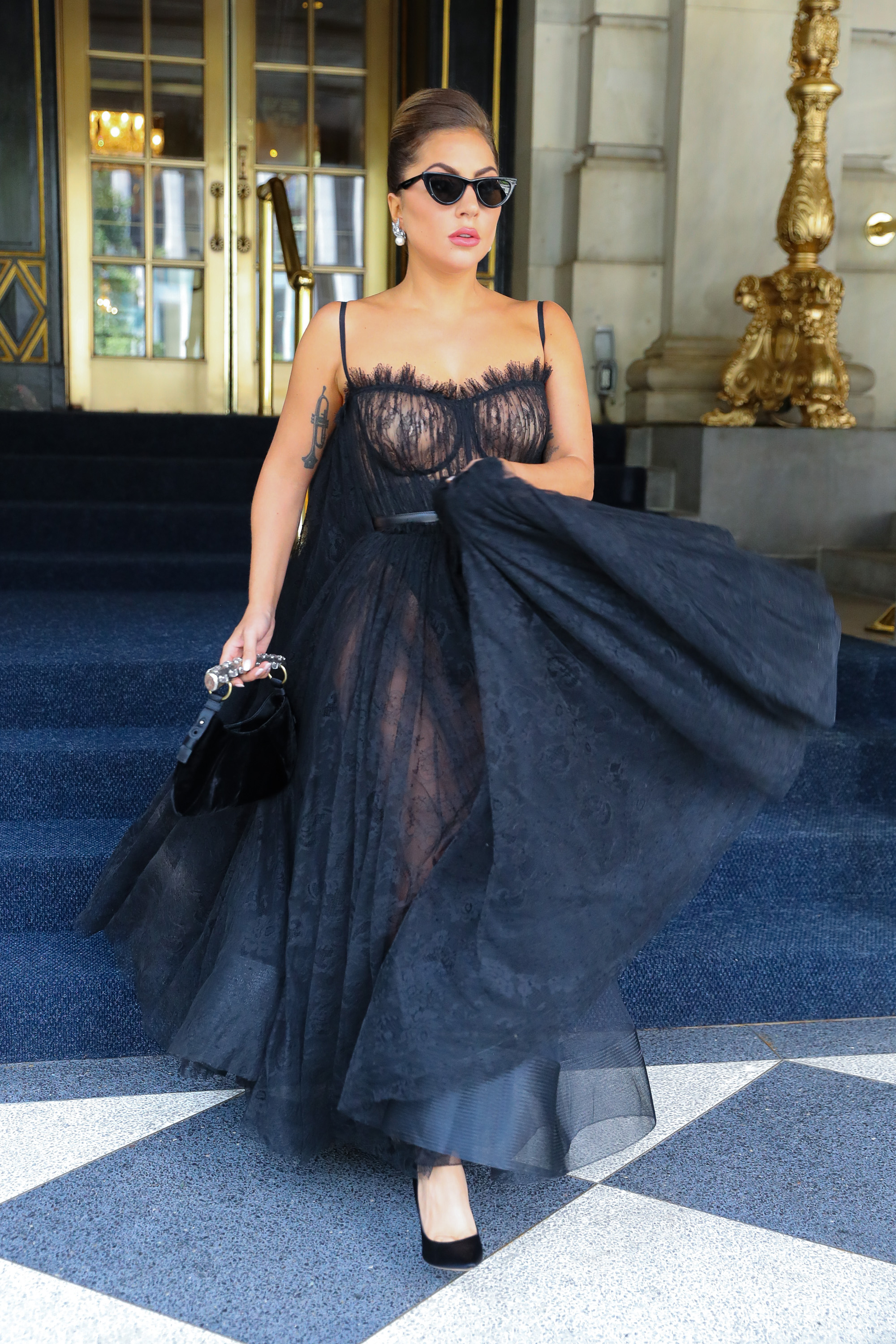 The Grammy winner could also be channeling her character in Ridley Scott’s “House of Gucci” movie, in which she stars alongside Adam Driver as Maurizio Gucci’s murderous ex-wife, Patrizia Reggiani.