They’ve been broken up for what feels like a lifetime, but Lamar Odom’s reported quote about getting back together with Khloe Kardashian suggests the former NBA star is still down for a reunion. A source who spoke to Us Weekly on May 21 told the publication that Odom still has some major feelings for his ex. “Lamar would still love to be with Khloé," the source told Us Weekly.

While their relationship hasn’t been romantic for years, the source claims that the former basketball player and the reality star have managed to keep things amicable since their divorce was finalized in 2016. “There’s no beef between [them] at this time,” the insider told Us Weekly. “He’s always had love for her and her family.”

Want more detail on Odom’s feelings for Kardashian? Well, the source told Us Weekly that Odom is going to open up about his complicated feelings for his ex in his new book, Darkness to Light, out May 28.

“He’ll talk about their relationship in the book, his regrets, the highs and the really lows,” the source shared. That being said, the source also was sure to note that Kardashian “hasn’t read the book.” So the news of his unresolved feelings may be coming as a surprise to her. 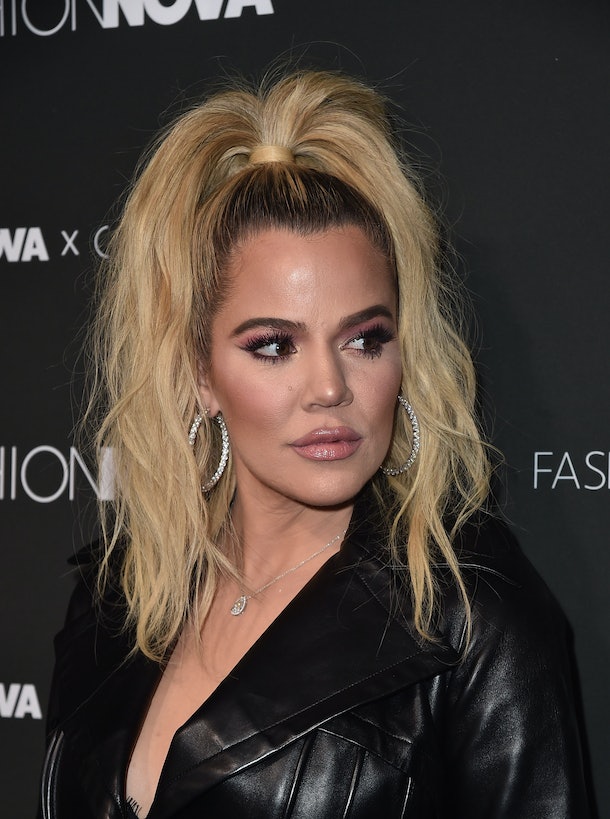 In an interview with People promoting his book on May 15, Odom expressed some of his regrets with regards to his relationship with Kardashian. “I wish I could have been more of a man,” Odom told People in an interview. “It still bothers me to this day. But regret is something we have to learn to live with.”

In the same interview, Odom also shared some particularly juicy excerpts from his book that delved into his relationship with Kardashian. “For a while, being with her was bliss and I was the happiest I’ve ever been,” he recalled of the early days with the Revenge Body host in his memoir. “We were one of the most famous couples in Hollywood and we made more money together than we had individually.” 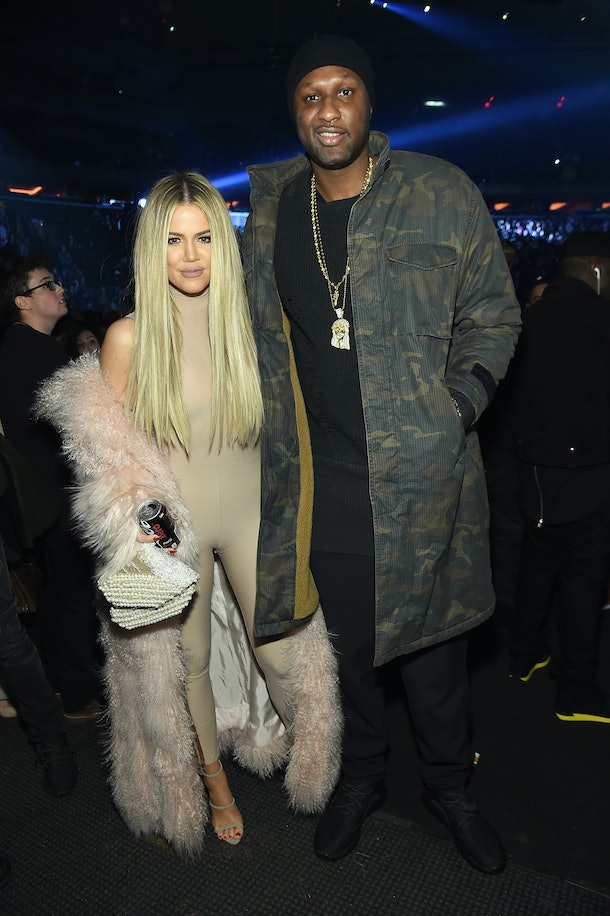 Then, in another excerpt, Odom goes on to explain how he started to drop the ball in their marriage. “I could not handle the lethal cocktail of the spotlight, addiction, a diminishing career and infidelity,” he wrote. “Oh, did I mention the paranoia, anxiety, depression … I couldn’t keep my d*ck in my pants or the coke out of my nose. Drug addicts are incredibly skilled at hiding their habit. I’d get defensive and Khloé would just drop it.”

Despite his transgressions towards her, Odom still recalls the way in which Kardashian stuck by his side when he hit rock bottom with his almost fatal overdose in 2015. They were split at the time, but Kardashian still managed to show up and be there for him in his darkest moment.

“I remember waking up and her showing me pictures of my mother,” Odom told People. (Odom’s mom died of cancer when he was 12.)

“I was surprised on how quick she was to show her devotion to me," he continued. “Her love for me must have been unconditional. That’s the only thing [I think] that gave her the strength to still love me at that time.” 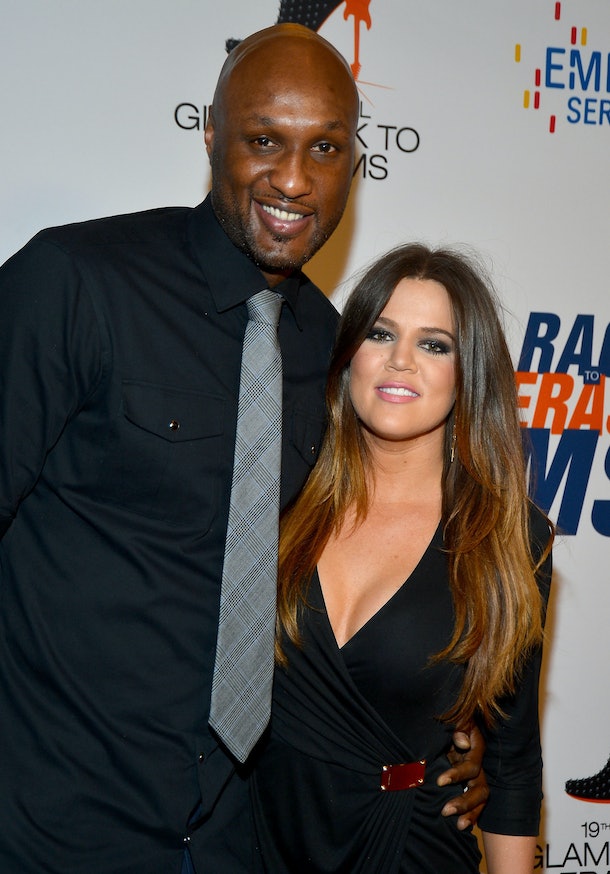 When Kardashian hit a rough patch of her own in February when rumors that her then-partner and the father of her child, Tristan Thompson, cheated on her with close family friend, Jordyn Woods, Odom reportedly felt for his ex big time.

“Lamar feels really bad about what Khloé is going through,” a second source told Us at the time of the cheating scandal. “He feels like she doesn’t deserve it and she is such a great mother and partner.”

The insider also added that Odom was reportedly planning “let her know he is always there for her.” 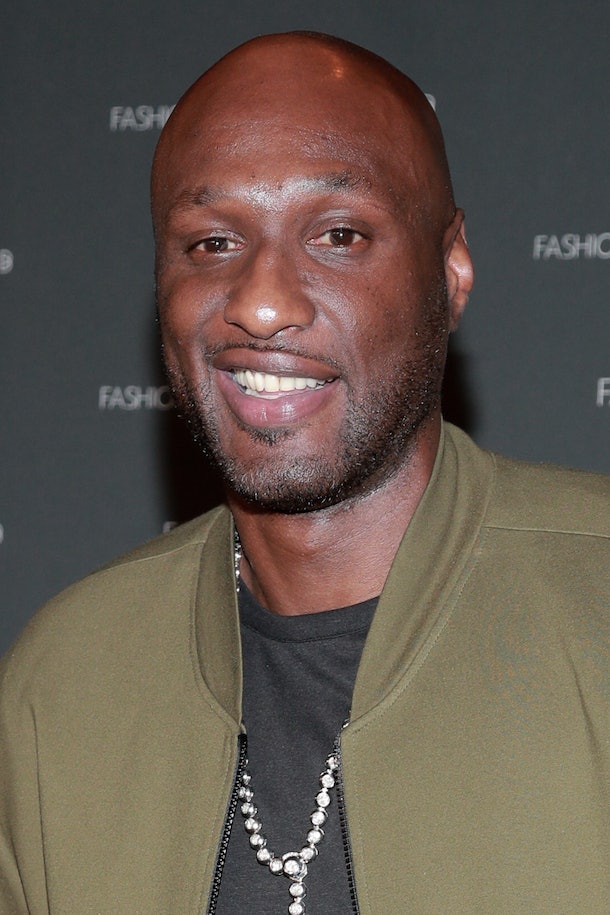 Odom and Kardashian tied the knot in 2009 after just one month of dating. Kardashian originally filed for divorce four years later in 2013, but Us Weekly reports she withdrew the papers so she could be his caretaker during his 2015 scare. The two officially got divorced after she re-filed in 2016.

Related posts:
22/05/2019 Lifestyle Comments Off on Lamar Odom’s Reported Quote About Getting Back Together With Khloe Kardashian Is Interesting
Lifestyle