More than two dozen Maine residents have tested positive for the coronavirus after a wedding reception in Millinocket — the state’s first outbreak linked to a social gathering, officials said Monday. Millinocket Regional Hospital has confirmed that there are now 28 positive cases linked to the event and that number is expected to go up as testing continues, CBS affiliate WABI-TV reports.

At least 18 people who attended the Aug. 7 reception and at least six others who had close contact with attendees tested positive, the Maine Center for Disease Control reported earlier. All told, about 65 people attended the indoor event at the Big Moose Inn, said Maine CDC spokesman Robert Long.

The governor’s executive orders put in place during the global pandemic limit indoor gatherings to 50 people if there’s adequate space, while 100 people are allowed at outdoor events. Attendees should also follow physical distancing guidelines and wear masks while not eating.

The Maine CDC was communicating with Big Moose Inn about the nature of the event and adherence to state requirements. A telephone message was left at the inn on Monday afternoon.

Millinocket Town Manager John Davis said Monday that he didn’t have all the details about the outbreak, but said there was enough concern to close town hall and local schools as a precaution.

“We didn’t want to take any chances,” he said.

It was the first outbreak tied to a specific social event in Maine, where most previous outbreaks have been tied to workplaces or congregant care settings, Long said Monday. 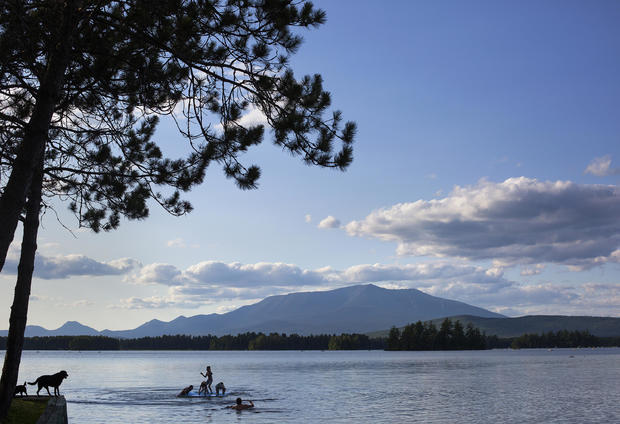 It’s unclear if the owner of the Big Moose Inn could be cited if it’s confirmed there were too many people at the reception. The governor’s executive orders allow for a fine of up to $10,000, the governor’s spokeswoman said.

Dr. Nirav Shah, director of the Maine CDC, planned to address the outbreak during a regular briefing on Tuesday.

In Maine, nearly 4,200 people have contracted the virus, including 29 additional cases reported on Monday. The number of deaths remained unchanged at 127 on Monday, the Maine CDC said.