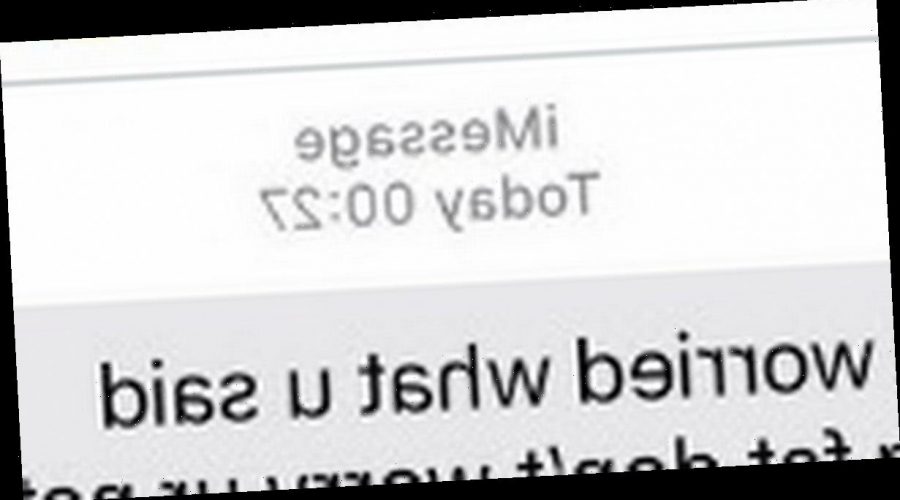 A takeaway fan divided Twitter users after she told a delivery driver she was worried about getting 'fat'.

Twitter user Shannon took to the social media site to share the sweet exchange between her and the food courier after she ordered a kebab.

Writing to her 2,436 followers, she said: "I ordered food from the kebab (again) and when the delivery man come to my door I said 'Omg I’m gunna get so fat and then he text me this."

Shannon then shared a screenshot of the message from the delivery man, which read: "Hi, you got me worried what you said about getting fat, don't worry you're not fat, hope you are okay."

One exclaimed: "THAT IS SO SWEET. He has probably struggled with or knows someone who has struggled with an eating disorder so he’s probably hyper-aware of that kind of stuff so he wanted to reassure you."

While another added: "The fact he checked on you and your mental health is so kind, the world needs more people like him."

A third chimed in: "Find a delivery guy who has your back like this…"

Despite many finding the exchange adorable, some thought it was a bit odd he had messaged her, with others claiming he wanted to 'get in her pants'. One social media user wrote: "Bit worried that he's got her number and decided to message her in the first place. If it had been me I would have just said she wasn't fat the next time I delivered her kebab."

Another added: "Be careful with that, I once had a delivery bloke hounding me via text."

And a third chimed in: "He’s trying to get in her pants."

Shannon seemed baffled by all the attention on the post as she exclaimed: "F**k me, I only wanted to share that my delivery driver was nice," followed by laughing emojis.