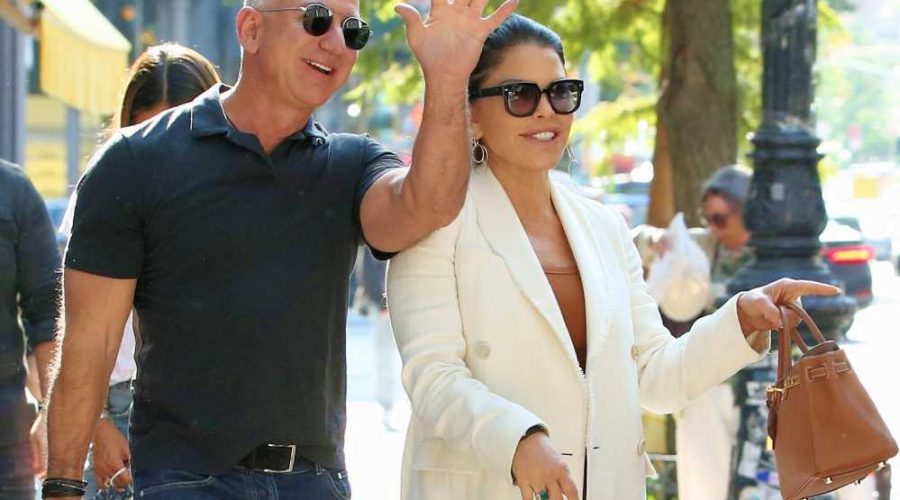 Jeff Bezos and Lauren Sanchez grab lunch with her ex, Tony Gonzalez, and his wife

Lauren Sanchez stepped out last week with an expensive accessory on her arm — and no, we’re not talking about Jeff Bezos.

An identical 25 cm Sellier Birkin with gold hardware is listed at $34,500 on Madison Avenue Couture’s website.

Sanchez styled the purse with a minidress in a complementary neutral hue, along with a double-breasted white coat and Alexander McQueen sneakers ($580).

She also wore a ring with a large green stone on her left ring finger, although she and Bezos, 57, haven’t announced an engagement. 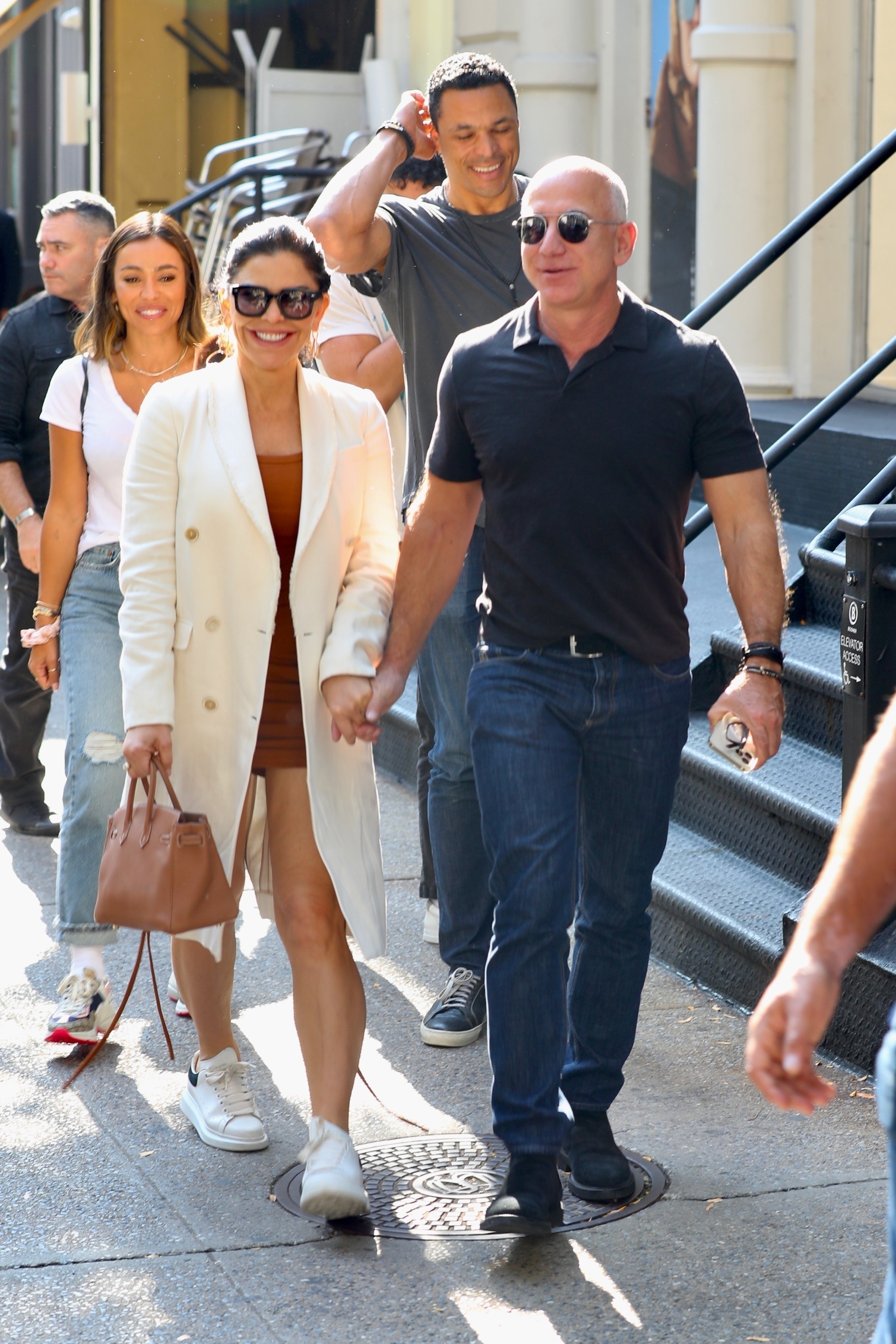 Sanchez previously sparked rumors the pair might be headed down the aisle in December 2019, when she was spotted rocking a huge yellow heart-shaped sparkler while vacationing in St. Barts with her billionaire beau.

And Sanchez might not’ve been the only one treating herself to a designer splurge; the same day as their lunch, the friendly foursome were snapped shopping at the Brunello Cucinelli store in Soho, famous for its four-figure knitwear and coats. 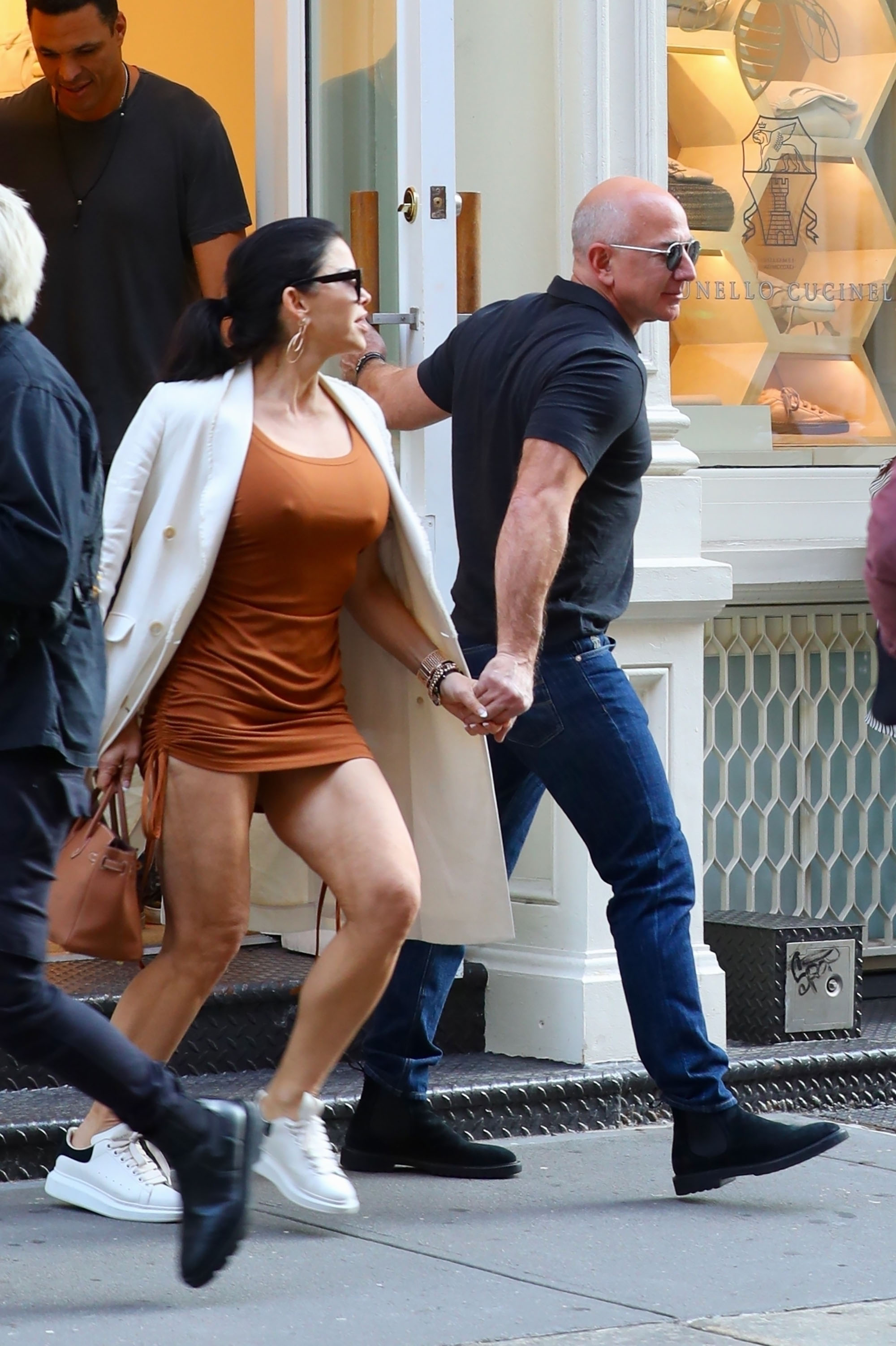 Sanchez reportedly started dating Bezos in 2018, but the couple — who wouldn’t announce their respective divorces until the following year — waited until January 2020 to make their red carpet debut.