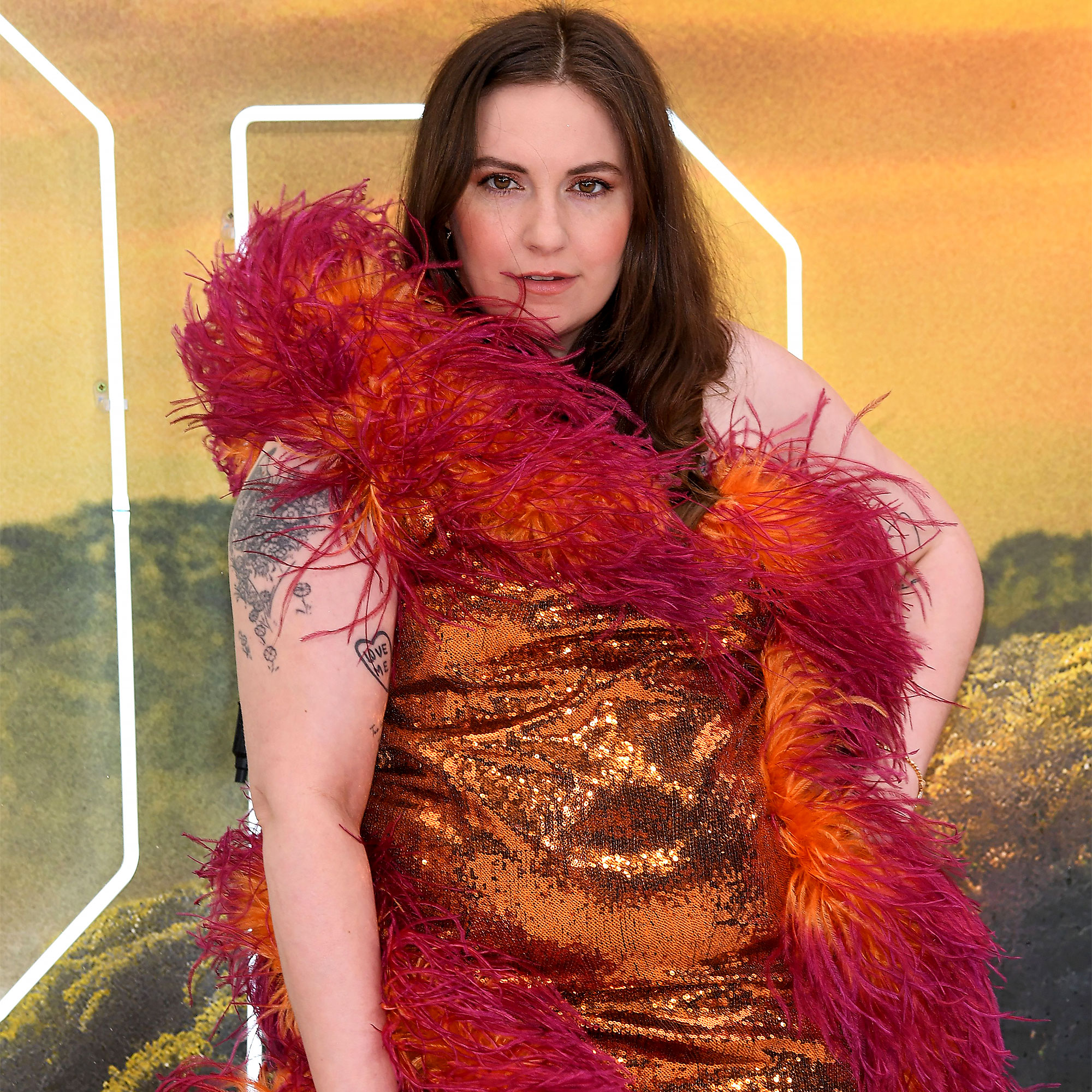 Lena Dunham, who married Luis Felber earlier this month, may have only had her first dress fitting two and half weeks before saying “I Do,” but each of her three (!!) wedding gowns were riddled with special details.

Demi Lovato Claims They Saw Aliens During a Desert Vacation

The 35-year-old actress, who walked down the aisle at Soho’s Union Club in London, worked with designer Christopher Kane for her bridal wardrobe — and she broke down each and every look in an interview with Vogue.

Dunham, who’s bridesmaids included Taylor Swift and Tommy Dorfman, was inspired by the ’60s and made sure that her wardrobe, hair and makeup reflected the era’s influence.

For her first dress, the Girls star wore a lace number with Kane’s iconic cupcake skirt, which was modeled after a look from his 2019 runway show. According to Vogue, the actress had her grandmother’s watch sewn into the dress as her “something blue.” She also donned a pair of earring from her grandmother — in an untraditional way no less.

“It was actually part of a pair of earrings that my mother wore when she was in art school in Rome — until she lost one. So she had the remaining earring made into a necklace for me,” she told Vogue. “She was trying to figure out a chain and Christopher had this little length of rhinestone left, and there we were.”

When the tights and the Miu Miu kitten heels were slipped on, the look was complete. “Christopher was like, ‘You look like you’re either at a first Communion or a Madame Alexander doll,’ both of which I also liked,” Dunham joked.

After exchanging her vows with Felber, who wore a custom blue side suit from Emily Bode, the actress changed into her second look for the evening, “a long, satin, slightly more cream gown that had a high neck, split sleeves and this wild jewel detail that Christopher did a few collections ago that creates a frame around your torso.”

Dunham added: “It’s both very opulent and very weird. And that combo was great.” She accessorized the gown with crown made by one of her friends who runs a bridal company.

Dress number three — which was perhaps the most special — was actually surprise from Kane that left the Happy Christmas actress in tears. “He [Christopher] did a painting of the portrait of us on our wedding invitation with these sequined eyes and lips and stuck it to the front of this beautiful A-line white silk dress,” she told Vogue. “It was so beautiful and so fun to wear, and so good for dancing because it was like a giant, chic tent.”

That’s not all though. He also painted “Lena and Luis” as well as the date of their wedding on the back, which Dunham says is her “favorite part.”

29/09/2021 Lifestyle Comments Off on Lena Dunham’s Wedding Dress Has the Most Special Inscription: ‘My Favorite’
Lifestyle