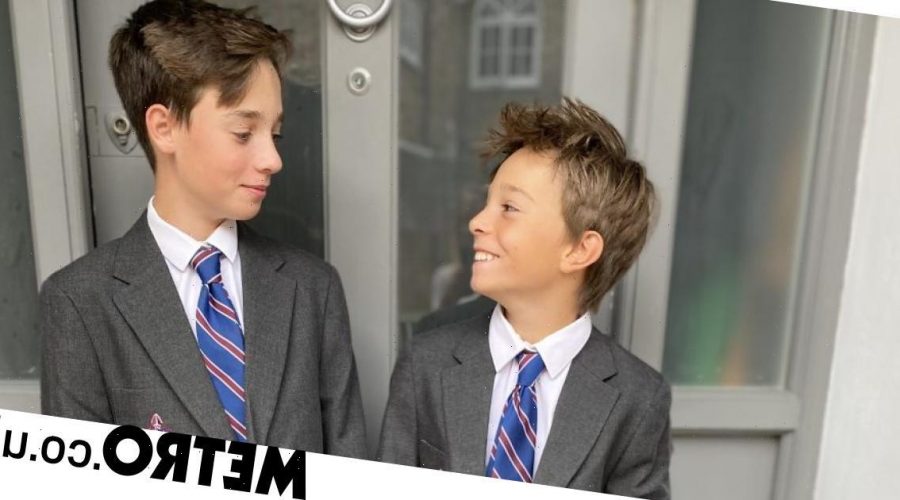 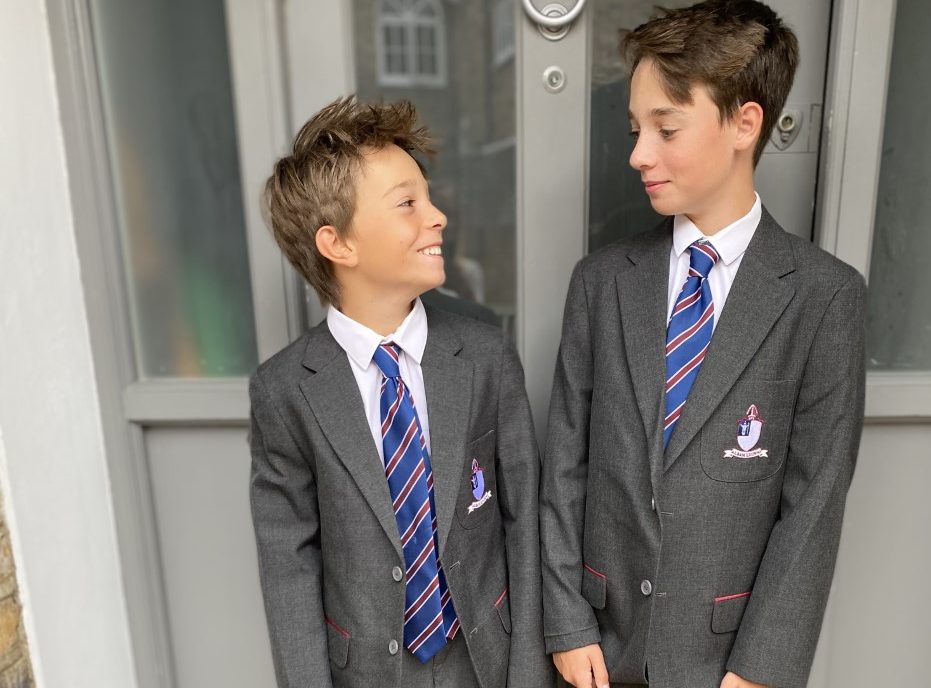 While most sane parents were celebrating their kids’ return to school yesterday by sneaking back to bed for an extra hour under the duvet, or enjoying a leisurely lunch in the sunshine, I was glued to my phone.

Every few minutes I found myself frantically refreshing the Find My Phone app to check my 13-year-old twin sons’ progress as they travelled across London unsupervised for the first time.

I know, I know – I sound like the worst sort of neurotic tiger mum, and I swear that I tried to stop, but I couldn’t.

In a bid to distract myself, I went to a Pilates class, but kept my phone positioned inches from the edge of my mat – just in case one of them called to admit they were lost, or worse, the school wondering why they had not turned up yet.

Harry and Felix’s 30-minute journey to their new secondary school requires changing trains at a busy station at the height of rush hour.

And while this may sound fairly straightforward, when I did a dry run with them to practice the route on Friday it was nothing short of a complete disaster.

After taking a cursory glance up at the information board, they let three trains sail in and out of the station with a shrug – convinced that none of them were going the right way (they all were).

And then, despite promising me his phone was fully charged, Harry’s battery suddenly died.

Somehow I managed to keep my cool as we waited pointlessly on the platform for over 40 minutes before completing the second half of the journey in a fog of anxiety.

So much for our confidence-building exercise. It did nothing but destroy mine, and any faith I may have had in my supposedly streetwise teens. They swore blind they had figured the journey out, and they would be absolutely fine without me breathing down their necks.

By the time they reached the station, I had already checked their digital whereabouts three times

I came home a gibbering wreck, an hour later than planned, and barely slept a wink the night before term began. Instead, I lay awake imagining the phone calls I would inevitably be receiving from police officers as far afield as Brighton or Peterborough if they hopped on the wrong train and didn’t bother to look up from their phones until it reached the end of the line.

Of course, I wanted to go along with the boys on Monday morning – just to be sure – but when I made the suggestion over breakfast, the looks of sheer squirming horror on their faces told me all I needed to know. The last thing anyone wants is their embarrassing mother trailing them to the school gates.

They begged me not to join them. Turning up with your mum in tow is deeply and unforgivably uncool.

They would never live it down, they argued, and they would be branded Mummy’s Boys from day one.

I relented, reluctantly, and waved them off on the doorstep with a lump the size of a golf ball in my throat.

By the time they reached the station, I had already checked their digital whereabouts three times. At one point the app came up with the message ‘No Location Found’ and my heart almost stopped.

My own mother mocked me mercilessly. ‘We never had any of this technology in your day’, she said, ‘and you always came home’. My father muttered something about the nanny state, and Big Brother watching us, and I could see their point, I was probably being overly cautious.

Without this level of surveillance at my fingertips, I would not have any choice but to wait it out, but the genie is out of the bottle. We can spy on our kids now – so we all do.

Friends (who I know do the same) tried to reassure me with a variety of ‘helpful’ suggestions – which ranged from fitting the kids’ belongings with those fancy new Apple monitoring tags to having microchips surgically inserted beneath their skin like something out of The Bourne Identity.

One fellow mum of equally scatty boys came up with my favourite idea of tailing them from a safe distance wearing elaborate disguises.

In my defence, the excuse for all this deranged refreshing is that their newfound independence has come as a massive shock after years of Felix and Harry simply trotting around the corner to primary school, followed by endless months of homeschooling and then of course the long summer holidays.

I hadn’t really allowed myself to worry about the moment of sending them off alone, it was just another rite of passage I would have to take in my stride.

To be fair, the pair of them usually stick together and they do zoom off to the local skate park every weekend without a backwards glance. Yet, there is something very grown-up about what is essentially a daily commute, so I suppose I have to accept that I can no longer be fully confident of their precise whereabouts at all times.

I have to accept that it is time to let the boys make their own way in the big bad world.

So, I will take a deep breath and a massive leap of faith that they will stay safe and street smart – after I have tracked their devices just one more time.