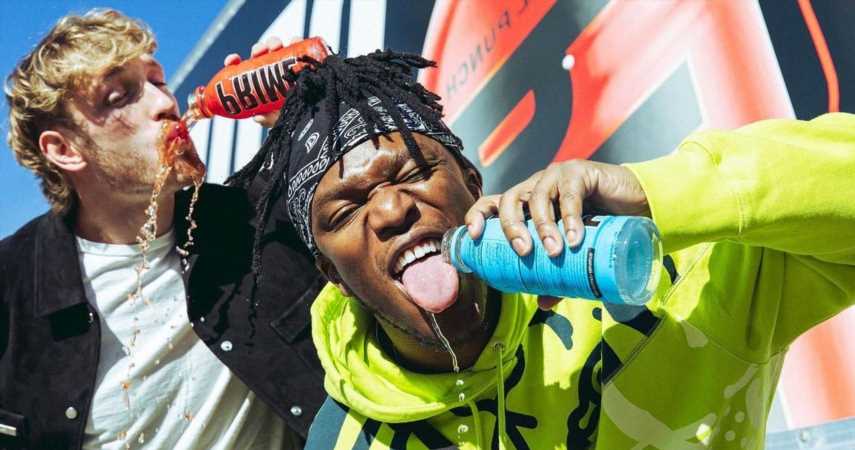 Fans of longtime rivals Logan Paul and KSI have been left bitterly disappointed after the joint announcement they had been teasing wasn’t what fans had expected. Many jumped to the conclusion that the two adversaries would release information about a follow-up boxing match. Instead, the two released a shocker announcement that they were ending their years-long feud and entering into a business partnership.

“Ladies and gentlemen, PRIME Hydration! We are officially business partners, we are no longer rivals,” Paul said during the Instagram Live announcement.

“We have created our own drinks company,” KSI followed up.

That’s right, Paul and KSI are entering the beverage space. It’s a move that nobody saw coming, and fans don’t seem so happy about it.

One fan perfectly summed up the disappointment left by the announcement in the comments, “is that it? I expected so much more.” While another added: “All that hype for nothing…”

The duo helped make YouTube boxing a thing, and they stirred up massive amounts of hype leading up to their fights in 2018 and 2019. The boxing matches made the Youtubers a fortune, and millions of fans paid for the pay-per-view event.

Although KSI ended up defeating Paul in their rematch, after the first match concluded with a draw, it was Paul who ultimately came out on top. The YouTuber-turned-boxer was able to use the hype around the events to convince boxing champion, Floyd Mayweather, to join him in the ring for an exhibition match. The hype surrounding the boxing event was bigger than either of logans previous fights, and the two walked away with millions after the event sold over 1 million pay-per-views.

Few expected the former rivals to take a detour into the energy drink space. The new beverage is called Prime and should be available soon. Not much else is known about it, other than it’s made of 10% coconut water and you’ll be able to get it at Walmart.

“Our goal was to create a fantastic hydration drink that can fuel any lifestyle,” reads a statement from the new pals on Prime’s Instagram page. “Over the past year, we’ve worked countless hours to formulate the product from scratch, lock in deals with the largest retailers in the world and build a multi-hundred person team to get our products to the shelves.”

READ NEXT: 10 Greatest MMA And Boxing Matches Ever