‘Loki’ director and EP Kate Herron responds to the Tony and Steve variants theory and teases what’s ahead in the final two episodes in our EXCLUSIVE interview.

There are only 2 episodes of Loki left, and the Disney+ series continues to increase the stakes. Episode 4 featured a game-changing post-credits scene and a whopping 4 Lokis! Loki and Sylvie’s relationship took a turn and caused a Nexus event.

HollywoodLife spoke EXCLUSIVELY with director and EP Kate Herron about the post-credits scene and the touch between Loki and Sylvie on Lamentis. She also discussed the popular fan theory going around about Steve and Tony possibly being variants because of their Avengers: Endgame time-traveling after Loki stole the Tesseract. Read our full Q&A below:

Episode 4 ended with that post-credits scene, the first one we’ve had on Loki. Why now? Why was it important to use it for this specific scene?
Kate Herron: I kept trying to find a way to get a post-credits moment in there. Basically, we ended in the Time Theater and that moment was in the script, but it just happened immediately after we were in the Time Keepers chamber. With Marvel, I’ve stayed in so many cinemas to the end to be like what’s the treat? What are they going to give us? I think that, for me, that felt like a good one because it kind of gave it a bit more impact in the sense of we really feel like Loki is gone then because we cut to credits. Everyone then is like… what? He’s gone. And then, obviously, midway through the credits we’re like, we don’t know where he is, but it’s not completely over for him. I think that was something we definitely found in the edit. When we were putting it together, I just felt like it would just give it a bit more punch, basically. I kept trying to find a place that we could do that. It was meant to have that kind of surprise intention, obviously, but I just felt prolonging it and giving that gap really gave it the punch that we were after.

I’m also one of those Marvel fans who now turn on subtitles for clues. Loki says in the post-credits scene, “Is this Hel?” The subtitles show “Hel” with only one L. As we know, Hel is one of the Nine Realms. Is there significance to this?
Kate Herron: I would say the significance of that would be just that he doesn’t know where he is, and he’s wondering if it could be that.

We’ve seen countless Marvel films that show the power of love in various forms. Just before Loki is pruned, he wants to say something to Sylvie. Will we find out what he was going to say to her?
Kate Herron: I would say, again, we don’t know, right? Because I think that’s the great tragedy of it. A lot of my favorite love stories have those moments where it’s like that, and I think that’s the saddest thing. I think the amazing thing in that moment, though, is that he says, “This is new for me.” I think that shows how far that our Loki has come and how much he has changed and grown. I think that was very beautiful. But in terms of, does she know what he meant? We don’t know.

We have to talk about that touch seen around the world between Loki and Sylvie on Lamentis, which causes a Nexus event. We’ve explored what love can do to someone. We’ve seen it with WandaVision and how much chaos it can cause. Was it always just a simple touch for Loki and Sylvie? How did that scene come to fruition?
Kate Herron: I think there was discussion about it. I know the writers went back and forth on should it be a kiss, should it be a touch. I think for us it felt like the touch was good because it’s about, I suppose, them connecting soulfully in that sense. You know what I mean? It’s just very empathetic, and it’s very tender. I don’t think he even necessarily knows how he feels because in the next few scenes Mobius cracks on to it and he’s like, “You like her.” I think that it’s that thing when someone has a crush, or they have feelings for someone, it’s not always immediately apparent to, in this case, the God in question. I think that was really important. And just for us, I love the idea that these two chaotic beings can come together and bring down this really bureaucratic organization in the sense of causing such a big Nexus event that it alerts them. That’s how they actually ended up almost saving themselves but also calling up the TVA, essentially. I think, for us, the touch was just very intimate. And it’s very small. And it’s sweet. I think that felt very true, really, to the love story of all.

Would you say their relationship or their connection is the main reason why Ravonna pruned him?
Kate Herron: We’re going to find out so much of what she knows and where her head is at as the story continues. I would say that we see it in her eyes that there’s a lot of pain, and there’s a lot of confusion. I love how Gugu [Mbatha-Raw] played it when Mobius is deleted. She’s doing it for the greater good, but she has that moment after where she takes a breath. It’s taken a little piece of her because he was her friend, and it was painful. It wasn’t an easy decision. So I think, for me, more of Ravonna and how she feels about everything is to be answered, but there are definitely questions that we will answer in regards to that.

Sylvie doesn’t prune Ravonna when she gets the upper hand. Instead, Ravonna is going to have to tell her everything. Obviously, they have a very storied history. Is their past or their relationship something we’re going to explore more of in these final 2 episodes?
Kate Herron: I would say, obviously, we’re going to see them have a conversation. That’s probably all I can say.

With the Time Keepers, there’s this very Wizard of Oz-like twist when the curtain is pulled back in episode 4. It’s made fans think, as Loki says, who created the TVA if it’s not the Time Keepers? Is who created the TVA the main question we should be asking going forward?
Kate Herron: I think it’s more the question of who and why because I think I can talk about these references now. The key thing for me in episode 4 was, for example, Sylvie. When she’s a little girl, I wanted to film that in a similar way to Loki, seeing her go through the processing as he does in episode 1 when he’s a fish out of water. We play it for comedy in places and that kind of confusion that Loki has, but when it’s a little girl like when Sylvie’s coming in and she’s innocent, I think it’s that turning thing where it’s like, actually, the TVA seem a bit sinister. There’s something else going on here. One of my references was Starship Troopers, which I can now talk about, with the films and our 1984-style posters around the TVA, which people have already picked up on. So I think for us, it’s more like our characters in the show: are the TVA good? Is it for the greater good? Renslayer obviously felt it was for the greater good, but to what end? Or are they bad? Are they villainous? I think that’s a key thing that we’ll be talking about across the rest of the show.

All the agents are variants. Does this mean Ravonna Renslayer is also possibly one?
Kate Herron: I would say that everyone working at the TVA was taken from the timeline, and they didn’t realize it. With B-15, for example, we have that beautiful moment in the rain with her and Sylvie. I think something that was really important to me was that the memories were private and they were hers. I think there was discussion about seeing it, but I thought it would be so much more exciting and more personal because Wunmi’s performance is so beautiful. It’s like she says, “I was happy.” That’s so heartbreaking. It’s like, has she not been happy? I think it also then feeds into the TVA of it all. I think that’s really key. Also, who was she? Who could she have been? I think that’s an exciting thing to be explored as well. 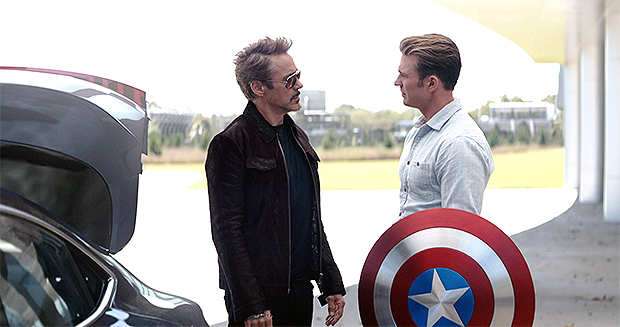 In the beginning, the TVA explains that the Avengers traveling back in time was always supposed to happen, but Loki stealing the Tesseract was not. As fans have started to point out, Steve and Tony going back to 1970 wouldn’t have happened if Loki hadn’t stolen the Tesseract. So wouldn’t that make Tony and Steve variants, too?
Kate Herron: Hmm.. that’s a very interesting question. I’m just thinking… I’m always wary of unraveling anything. I would say it’s probably a question for the TVA, no?

It could mean they’re variants or Loki stealing the Tesseract was always supposed to happen…
Kate Herron: But then I guess that also could feed back into… was it fair that he was brought in by the TVA? Or was it not fair? And we’re starting to see, like with Sylvie, it’s not like she creates a massive thing when she’s a kid. She’s just playing with her toys. I think for me what was a real key thing as well is it’s not this massive event or at least something we can see. I have my interpretation of it, but I think it’s nice for people to have their own interpretation of what her Nexus event could have been. But I think the key thing with it that’s really important with that turning of who the TVA are is that she was innocent. It’s like just someone stepping on the wrong leaf, it’s something that anyone could do. I think that was very key and important.

The post-credits scene features four different Lokis. How is our Loki going to react to seeing different variations of himself?
Kate Herron: I suppose the fun thing about it is that he’s been on a very unique journey in this story. With Sylvie, obviously, I’m sure he could see things in her like her pain, her anger… I’m sure he’s seen that in himself. And not that long ago he was feeling those emotions. I think that’s the interesting thing: what will he see in these different Lokis? That’s something we’ll be exploring.

Sylvie and Loki are now in two very different worlds. Will we see them together again at some point?
Kate Herron: I would say that it’s tricky, right? I guess we don’t know where Loki is, so we have to find out where Loki is first and then we’ll work out if they’ll even see each other again. I mean, I wouldn’t say it looks positive, though.