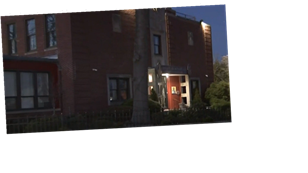 The headmaster at a Long Island Catholic school has been placed on leave after a parent claimed he made her Black, 11-year-old son kneel while apologizing to his White teacher, CBS New York reports. The boy’s mother said the incident occurred last month at St. Martin de Porres Marianist in Uniondale, New York.

“He’s hurt, humiliated, sad disappointed. He’s just going through a lot of the emotions now,” Trisha Paul told CBS New York. She said she has pulled her son out of in-person learning for now.

According to Paul, her son was sent to headmaster John Holian’s office after doing the wrong assignment in class. Holian then told the boy to kneel while he apologized to his White, female teacher.

“He stated that he should apologize the African or the Nigerian way, which was to kneel down,” Paul said.

Paul told CBS New York that when she asked Holian about the incident, he told her the idea came from a former student whose family was Nigerian. “There was an African father who came in and told their child to apologize the Nigerian or African way. That’s when it dawned upon me that maybe he generalized my child because he was Black,” Paul said.

“My son is not African,” Paul, who is Haitian American, said. “You generalize everyone because they’re Black? You just assume that my child is Nigerian?”

“It was done simply because he was Black,” she added.

She said she asked Holian if it was common to ask the students to kneel while apologizing, and he said it was the first time he had asked a student to do so. According to Paul, Holian apologized during a meeting.

In a letter sent to parents, the school said it did not condone Holian’s actions, CBS New York reports.

Paul is calling for Holian to step down and for the rest of the school’s personnel to receive racial sensitivity training and develop a uniform standard of discipline.

“We need to make sure that there isn’t anyone else being mistreated based on the color of their skin, their race,” Paul said.