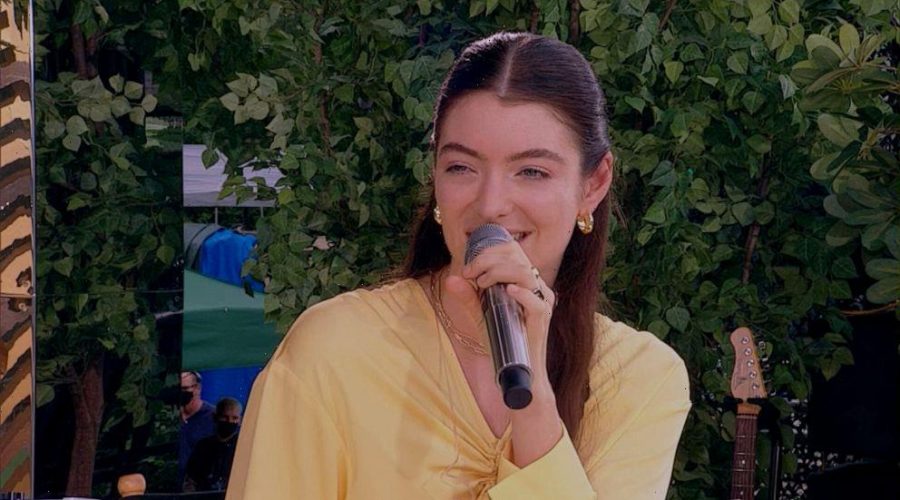 The album dropped Friday, and its timing couldn’t be more perfectly tied to the season.

As summer comes to an end, the 24-year-old’s tunes are a perfect medley that channels the beach, the ocean and just the great outdoors. In other words … it’s the perfect album to kick back, relax and enjoy on a summer day.

While appearing on “Good Morning America,” the New Zealand native spoke about releasing her first new music in four years.

“They just sort of take me a minute,” she said about her albums. “I have to really think about where I’m at and where I’m headed, so, yeah, I’m in the studio for about two years and then when they’re done I pop my head back out.”

“Solar Power” boasts 12 songs including the previously released title track, “Solar Power,” in addition to “Mood Ring” and “Stoned at the Nail Salon.”

While speaking about creating the album, she shared, “I just found myself having a lot of very transformative experiences outside, and I’d come off a big period of working — being really busy and being outside. Being under the sun was really inspirational to me, so I started trying to channel it into the music.”

Lizzo and Cardi B confess to 'Rumors' in empowering new song, music video

In addition to a CD, Lorde is releasing “Solar Power” in a brand-new disc-less format.

Dubbed “Music Box,” the format features extra visual content, handwritten notes, photos and a download card that includes the album, two bonus tracks and access to what are described as “special surprises.”

“I decided early on in the process of making this album that I also wanted to create an environmentally kind, forward-thinking alternative to the CD,” Lorde shared in a statement. “I wanted this Music Box product to be similar in size, shape and price to a CD, to live alongside it in a retail environment, but be something which stands apart and that’s committed to the evolving nature of a modern album.”

Lorde also previously announced that she will be kicking off a world tour in 2022. “It’s going to be a big band show obviously, and I don’t want to tell you too much but your lives are going to change,” she teased on “GMA.”