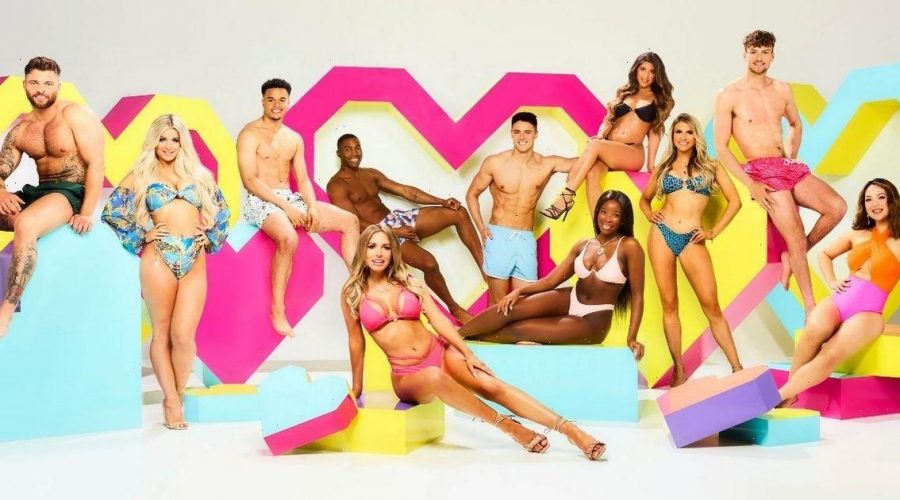 Sadly we are coming to the end of the seventh series of Love Island and what a series it has been.

From Casa Amor breaking up fan favourite's Millie Court and Liam Reardon for a short while to Liberty Poole and Jake Cornish leaving the villa days before the final, we have definitely been provided with the drama we were missing at the start.

The boys have kept themselves beefed up by regular attendance at the gym and the girls have been topping up their tans in the sunshine.

One thing that has continuously ticked all of the boxes, is the amazing trend-setting style that we've been given.

The guys have been keeping it cool and fresh with their wardrobes, whilst the girls have been setting summers biggest trends.

So before the hit reality show comes to its end, we thought to take a look back at the final islander's transformations from their very first episode to now.

Starting off with one of the original Islander's that has been the focus of many situations throughout the series, is none other than Faye.

Throughout the show we think that she has well and truly earned the title of the Queen of the underboob.

Stepping in on day one in a blue glitter wrap over bikini from PrettyLittleThing, Faye has gone on to trigger some of the biggest trends for summer.

Whether that's selling out a stunning maxi dress or inspiring everyone to give the controversial crocs a go, we have loved seeing her transformation.

The next lady has to be one that we've watched sprinkle her sass all over the villa and that's Kaz.

Kaz has been a keen fan of bodycon dresses and with a figure like her's we don't blame her.

We saw Kaz become a champion of printed dresses as the series has gone on and how could we not mention her love of matching her pyjamas with her hair bonnets – iconic.

The fashion icon of the series has to be Millie, who strutted her way into the villa alongside gal pal Lucinda Strafford.

Besides inspiring everyone to get themselves a star sign necklace, she made her entrance in a stunning pink ASOS bikini and we have been continuously impressed.

From stunning silk dresses to fantastic coords, there is nothing that this girl can't pull off.

When the beautiful Liberty entered the villa on day one, we knew that she would be someone we would be a fan of.

She kept it simple in a plain white bikini and matching coverup, but as the series has gone on, Liberty has experimented with her style with fabulous coords and playful patterned dresses and quite honestly, we've loved all of her looks.

Chloe has been one Islander that has actually stuck to her style throughout the show by sticking to mainly plain ensembles, but that's not a bad thing as she's provided everyone with a lesson in how to do subtle in style.

Teddy entered the villa after a couple of weeks and stole Faye's attention straight away.

Whilst it's not been an easy journey for the couple, we have enjoyed seeing the mens style come out more as new items arrived in the villa for them.

Teddy's style definitely reflects his chilled and laid back personality as he has become a fan of a half buttoned up shirt and relaxed trousers combo.

We have seen Tyler's physique become a lot more toned and lean which he shows off in his colourful swimming shorts around the pool.

He has also been a love of a plain white t-shirt, and honestly, we can't blame him as it's one of the ultimate wardrobe staples.

We loved seeing him sport a half opened shirt with a hat for his final date with Kaz.

We have seen Liam opt for a range of looks during his time in the villa.

From jackets and plain tee outfits to shirts, this is one man, just like his other half that can make anything look good, but all in all, his style hasn't really changed that much.

We especially loved his flame shorts he sported in a recent episode.

When it comes to Jakes evening style, we're pretty sure it's safe to say that he is a fan of a polo top and chino's ensemble – he's always look dressed to impress and dapper.

Toby is the opposite of Jake in the sense that he loves a plain t-shirt and jeans, which you can never go wrong with.

He might have been on a bit of a rollercoaster journey but he has soon become one of the fans favourites.

With the series nearly at an end, it means that we'll soon get to see the finalists looking glam and dapper in their final looks.

For all the latest style and beauty news, sign up for OK!'s daily newsletter here.

Love Island continues at 9pm on ITV2 and ITV Hub. Episodes are available the following morning on BritBox.