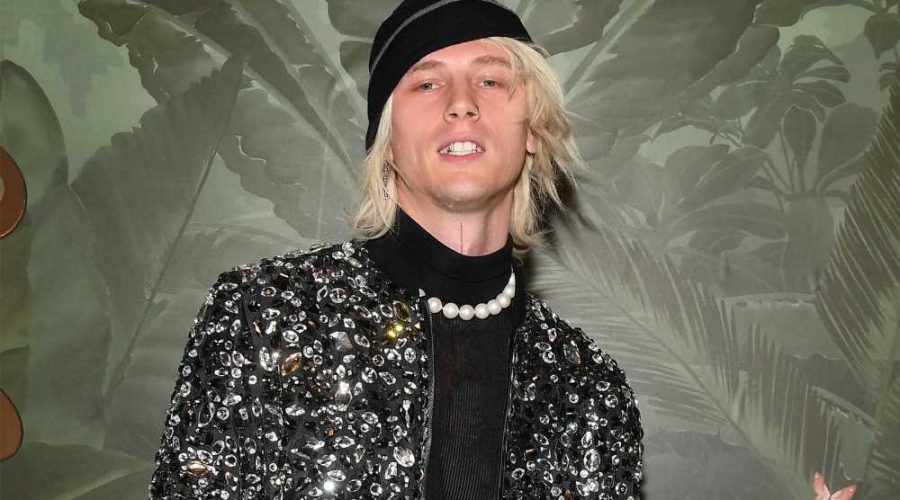 Megan Fox on matching outfits with Machine Gun Kelly: ‘I have to elevate myself’

Machine Gun Kelly appears to have shaded his new movie, “Midnight in the Switchgrass,” after skipping out on the film’s premiere earlier this week.

“if i don’t talk or tweet about a movie i’m barely in it’s because it’s [trash emoji],” the “Love Race” singer tweeted Friday amid the rollout for the film, which got a bleak 14 percent rating on Rotten Tomatoes.

The movie, which was directed by Randall Emmett, stars Bruce Willis and Megan Fox as two FBI agents whose investigation of a sex-trafficking ring leads them to a run-in with a serial killer.

But MGK did emerge from “Switchgrass” with one good thing: his now-girlfriend Fox.

Kelly, 31, also confessed he would wait on his trailer steps in hopes of seeing Fox and making said eye contact.

Since getting together, the “twin flames” have been over the top with both their PDA and red carpet fashion.

Fox, 35, also didn’t attend the Los Angeles premiere of the film earlier this week, telling Variety in a statement, “Due to the recent California mask mandate and rise of COVID cases, Megan Fox will no longer be attending the premiere tonight.”

Fox’s absence appeared to catch the eye of Emmett’s fiancée, “Vanderpump Rules” star Lala Kent, who posted a photo from the event in which she stood covering Fox’s face, writing “So excited for this!” over it.

Kent denied any ill will to USA Today, saying, “My mother took the picture of a special moment in my fiancé’s life. In no way was it meant to shade anyone. I like Megan; she has been nothing but kind to me. I’m grateful she supported Randall in his directorial debut. I’m very proud of them both.”

Reps for Kelly and Emmett did not immediately return our request for comment.