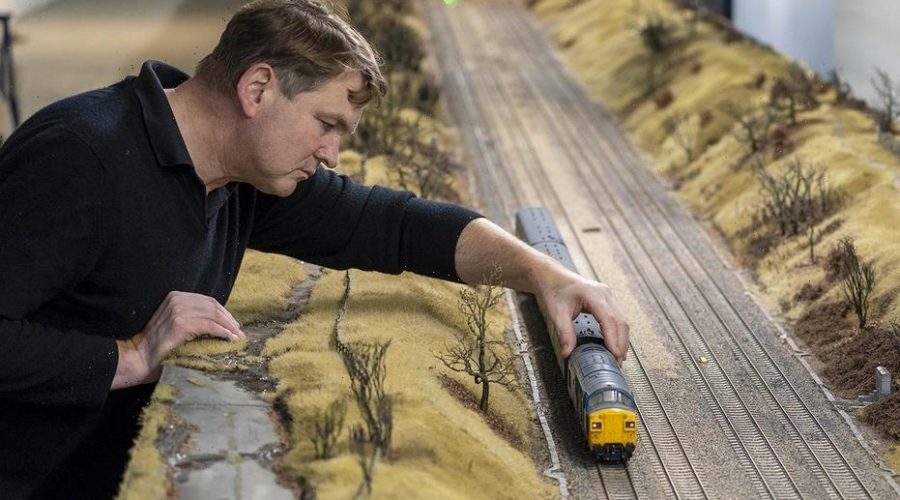 Don’t look in the basement.

For some people, sharing their hobbies with a new boyfriend or girlfriend can be a nerve-racking experience. One man in Britain, for example, was worried that his new girlfriend might dump him if she found out he was in the process of building the biggest model railway in the country. 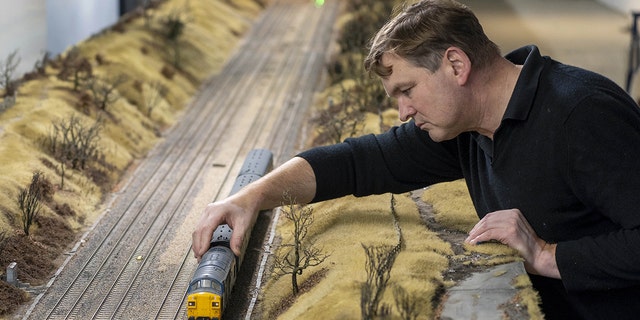 Simon George built a 200-foot-long model train set in the basement of a building he was renting.
(SWNS)

So, instead of telling her, he kept the massive structure hidden in the basement of a building he told his girlfriend he had rented to store wine in.

Simon George said he was reluctant to share his hobby with his girlfriend, Marie, Southwest News Service (SWNS) reports.

“I met Marie about two years ago and when we started dating, I led her to believe I was a wine merchant,” he told SWNS. “It sounded sexier than saying I was building a model railway, which usually sends women running. She came down to the cellar one day and said: ‘Where’s all the wine?’ I told her the truth and she was like ‘OK.’ But she has an art degree so she appreciated the level of detail and work that went into it. We’re now engaged.”

According to George, he spent eight years building the 200-foot-long model, which recreates a 1.5-mile-long stretch of real train tracks located in West Yorkshire. The model recreates the look of the area as it existed in the ’80s. 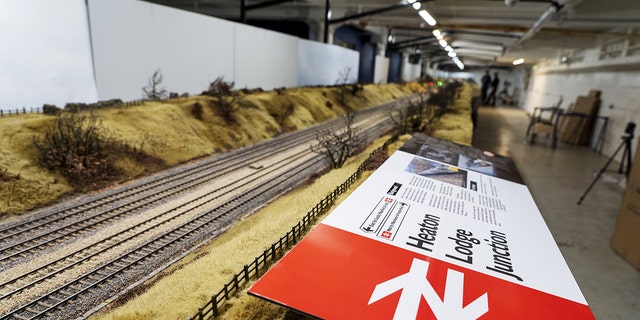 “It all started because I used to spend a lot of time at Heaton Lodge as a 12-year-old kid watching the trains go by,” George explained. “I had happy memories of it all. I wasn’t even into railway models – it could have easily been a park or a corner shop I had memories of. It depicts the 1980s as it used to be with lots of coal trains before the miners’ strikes. When we’re children we have our own special places, but for me, I used to come here as a child and spend so much time watching the freight trains go past.”

George spent over $330,000 to bring the model to life. It’s currently being displayed at a local market hall until December 21. 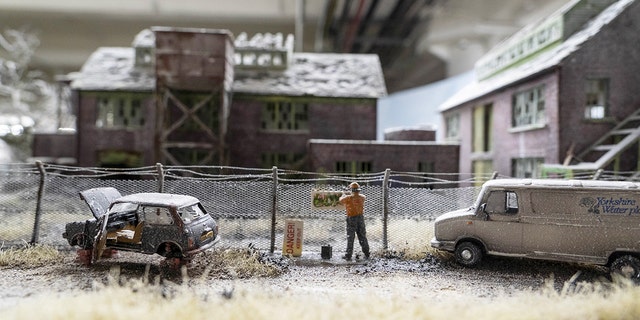 George Simon based his train set on his childhood home from the 1980s.
(SWNS)

“It’s like it’s captured in time,” George said of his creation. “It’s a really accurate map of where everything was, even down to the graffiti and the hedges. It’s as far from a Hornby model railway as you can get.”