While you might not expect every man to have an in-depth understanding of how the female body works, it seems that some are in need of a basic biology lesson.

Farah Gamo, from New Jersey, took to Twitter to share a conversation she’d had with a male friend about periods, in which it became apparent that he didn’t know women could experience bleeding overnight.

The unnamed friend, 24, said he thought that bleeding only occurs during the day because the body ‘shuts down’ during sleep.

Twitter users were both baffled and amused by the conversation, which was liked more than 147,000 times and retweeted more than 34,500 times.

‘Yes, it is true. When we sleep, our breathing comes to a complete stop and our hearts stop beating,’ one joked.

‘Our soul is then transferred to the cloud where we have our dreams stored. Your body will know when it’s time to get up and will call your soul back.’ 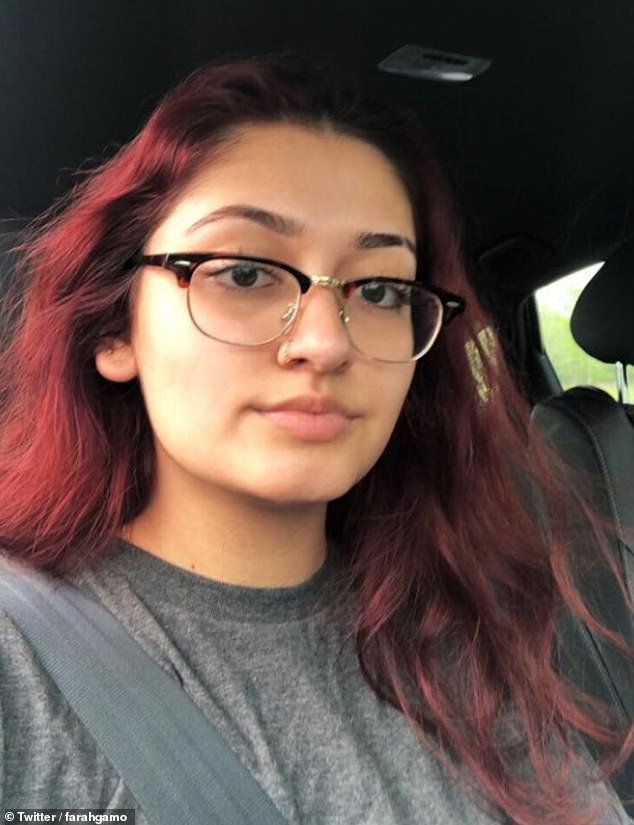 Twitter user Farah Gamo, from New Jersey, went viral when she shared a conversation with a male friend, 24, who did not know that periods could occur overnight 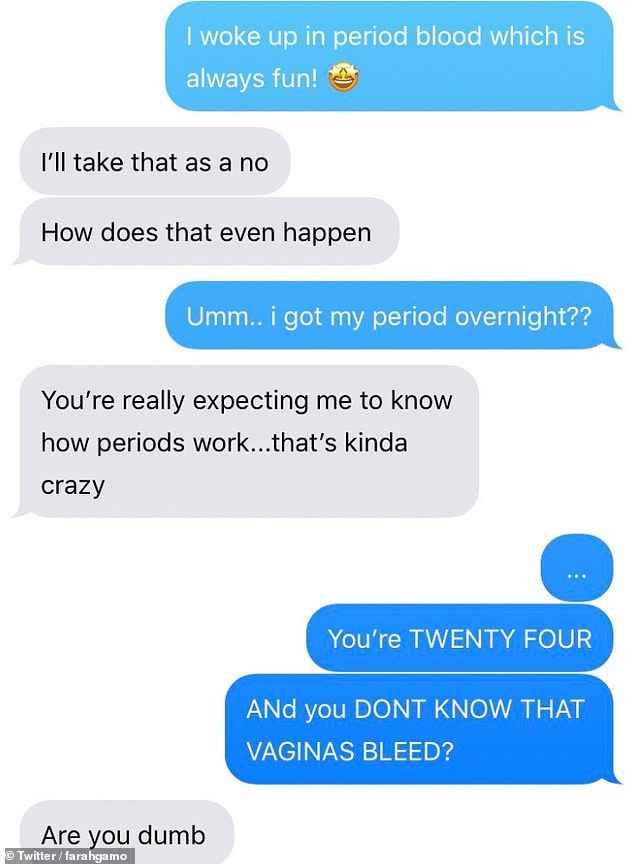 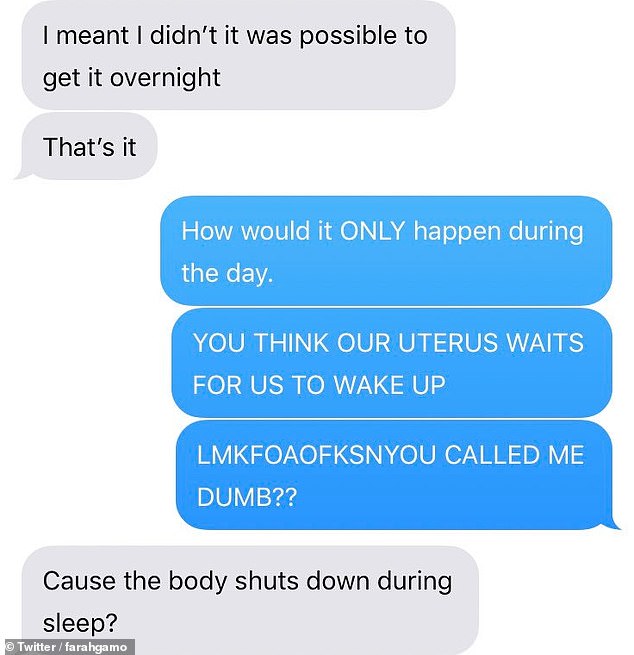 The text conversation uploaded by Gamo (above) was retweeted more than 34,500 times and liked more than 147,000 times

The conversation between Farah and her friend, which she shared saying ‘men amaze me every day’, started when she told him she’d woken up to find period blood.

‘How does that even happen?’ he asked.

Farah proceeded to explain that she got her period ‘overnight,’ but her friend brushed her off, saying: ‘You’re really expecting me to know how periods work, that’s kinda crazy,’ before calling her ‘dumb’.

Later on, he wrote: ‘I mean I didn’t [know] it was possible to get it overnight.’

‘How would it ONLY happen during the day?’ she replied. ‘You think our uterus waits for us to wake up?’ 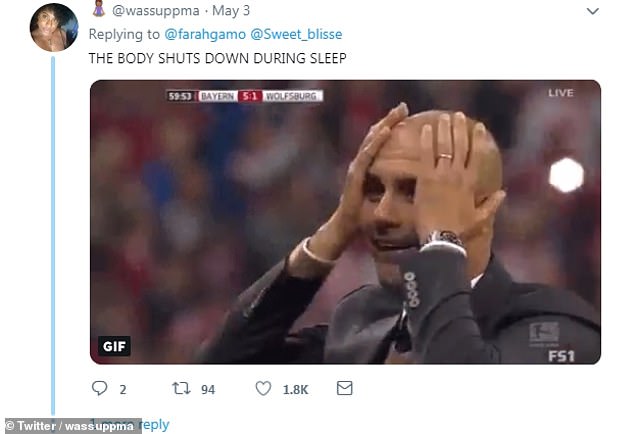 He then argued that the human body ‘shut down’ at night, thus preventing women from getting their period.

Some users could not believe the man in the text exchange thought periods stopped at night.

‘He called you crazy for expecting him to know very basic knowledge of the human body,’ on user wrote.

Women chimed in with their own hilarious experiences of men who did not know how periods worked, from thinking tampons worked like sink plugs to thinking menstruation happens at the ‘stroke of midnight’

‘The human body is amazing,’ jokingly replied another woman in the Twitter thread.

Men on the thread were not impressed with the exchange either.

‘As a man I’m almost embarrassed for him,’ wrote another. 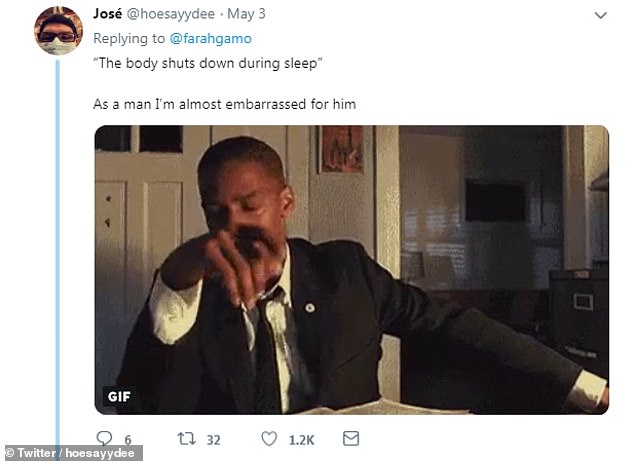 Speaking to Metro, Farah said: ‘I didn’t expect it to gain traction it was just a funny conversation, but still showed me how ignorant some guys are about women even at their big age.’

She added reaction had been mixed, with some users laughing and others pleading with her to ‘educate’ the young man.

‘But really if you’re 24 and have got no semblance of an idea how women’s menstrual cycles work that’s your conscious decision to be ignorant,’ Farah added.